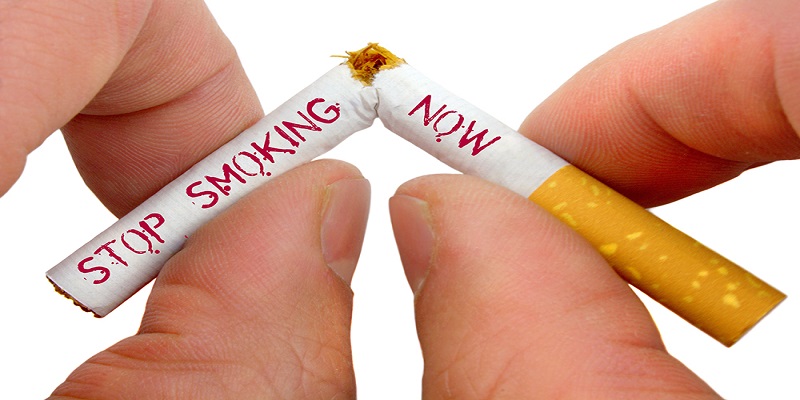 Smoking rates and trends vary globally. Per the World Health Organization, more than 80% of smokers live in low- and middle-income countries, which tend to have fewer tobacco control measures in place and higher rates of tobacco-related death and disease. By contrast, wealthier nations have stronger tobacco control measures in place that have led to declines in smoking rates in those places. Smoking rates tend to vary by gender as well, with far higher rates among men compared with women in a number of countries.

Notwithstanding differences by geography, GDP, and gender, smoking rates remain too high everywhere. And while it may be tempting to point the finger at the individual smoker, it is our institutions that are to blame: governments have been too slow to pass policies that we know protect people from the tobacco industry’s relentless push to addict new generations of children.

Tobacco companies worldwide use the same business model: hook children on their addictive products from a young age, which makes it more likely that they will become tobacco users for life.

A report from the Campaign for Tobacco-Free Kids that examined tobacco company operations in 23 countries found that “the world’s largest tobacco companies are targeting kids with advertising, promotions, and product placements around primary and secondary schools.” These tactics include kid-friendly flavors, appealing eye-level advertisements and easy availability at a wide variety of accessible vendors.

There are effective, proven strategies that governments can proactively adopt to protect kids from the dangers of tobacco products and the exploitive tactics used by tobacco companies — but countries are moving far too slowly to adopt them. The WHO has identified six specific tobacco-control measures that are proven to effectively reduce and prevent tobacco use: tobacco-use monitoring, which includes data collection efforts on smoking rates and trends among kids and adults; smoke-free air laws, which prohibit smoking in public places; tobacco cessation programs, including medication-assisted quitting programs covered by public or private insurance; large pictorial warning labels; bans on marketing and advertising; and higher taxes. Every country should adopt all six measures, but most have not, and nearly 60 countries haven’t adopted any measures at all. The tobacco industry, of course, fights tooth and nail against such policies.

This is not to say we have not seen any progress. Between 2007 and 2019, the number of people worldwide covered by at least one of the WHO’s recommended tobacco control policies rose from 1 billion to 5 billion. In Brazil, for example, the government adopted the entire suite of tobacco control policies recommended by the WHO. As a result, smoking rates in Brazil among 15-to-24-year-olds have dropped by nearly 75% since 1990.

But the number of smokers around the world continues to rise along with population growth. To take one example: the WHO has identified higher tobacco taxes as one of the most cost-effective policies to reduce cigarette smoking. Research finds that, on average, a 10% price increase in tobacco products will reduce consumption by as much as 8% in low- and middle-income countries and about 4% in high-income countries, with one study estimating that a 50% price increase in 13 selected middle-income countries would lead to 67 million male smokers quitting. Nevertheless, only 14% of the world’s population lives in countries where tobacco taxes are high enough to reduce use. And the tobacco industry often adjusts prices to mitigate the effectiveness of taxes that are on the books.

Similar to taxation, governments have been too slow to adopt the WHO’s other recommended tobacco control policies. Of the six, there is only one — pictorial warning labels — that reaches more than half (52%) of the world’s population, according to a 2019 report from the WHO. Thirty-eight percent of the world population lives in countries that conduct youth and adult surveys once every five years to monitor tobacco use, while about a third has access to tobacco cessation programs at “best practice” levels. The numbers are even lower for smoke-free air laws (22%) and bans on marketing and advertising (18%). In a time when the dangers of tobacco products have never been clearer, and the tactics of tobacco companies have never been more exposed, governments simply have not done enough.

The United States provides a compelling case study as well. Our progress is undeniable. Research published in the Journal of the American Medical Association showed that, between 1964 and 2012, tobacco control policies in the US averted nearly 8 million premature deaths and increased life expectancy. The cigarette smoking rate among adults in the United States, which was once as high as 45% in the 1950s, is down to 14% today.

Yet we also see here how the tobacco industry has pulled out every stop to carve out and exploit loopholes and block more progress, and how the federal government has been too slow to respond. A 2009 federal law that gave the US Food and Drug Administration the authority to regulate tobacco products exempted menthol from a ban on all flavored cigarettes — despite menthol being a key driver in the industry’s relentlessly successful push to addict Black Americans and children.

The FDA recently announced that it is finally taking steps to ban menthol cigarettes, but the 12-year delay has had devastating consequences. The tobacco industry has also fomented the nation’s youth e-cigarette epidemic by flooding the market with flavored products and marketing schemes that appeal directly to children; one out of every five high school students in the US currently uses e-cigarettes. Other examples abound. It has been more than a decade since the federal tobacco tax was increased; pictorial warning labels, finally slated to take effect in 2022, have been blocked in the US for more than a decade due to tobacco company lawsuits and subsequent court rulings; and smoke-free air laws remain a patchwork across states and communities.

The bottom line is that smoking still causes nearly 8 million deaths globally each year at an annual cost of $1.4 trillion. For too long, governments have been acting like the tortoise while tobacco companies have been moving like the hare. Slow and steady may win the race in fables, but not against tobacco companies. This is a time for fast and aggressive action by governments across the world to protect our kids.