We are deeply engaged in increasing the knowledge and skills of influential people in the society. Our capacity building programmes bring together targeted influential groups, the most prominent of them being parliamentarians, senior government officials, religious leaders and civil society representatives, many of whom are active tobacco advocates. We have also trained an important number of media professionals who today, constitute a network that actively supports tobacco control advocacy in the continent. Our capacity building initiatives include amongst others:

We undertook several capacity building efforts at regional and sub-regional levels. Amongst them was the sponsorship of five advocates to participate in a tobacco control certificate course at the University of Pretoria in South Africa, a tobacco control training for advocates and media professionals in West Africa, another in Eastern Africa, and yet another for Francophone Africa. We also organised a capacity building workshop for media professionals as a side event of the 2018 World Conference on Tobacco or Health in Cape Town, South Africa.

Tobacco control course at the University of Pretoria

In 2013, five advocates, supported by ATCA, participated in a two-week certificate course at the University of Pretoria, South Africa. This was in the context of the African Tobacco Control Consortium (ATCC) project funded by the Bill and Melinda Gates Foundation ATCA was an active partner in the five-year project which aimed at promoting evidence-based tobacco control in sub-Saharan Africa in order to prevent an epidemic of tobacco-related death and disease in the region.

In July 2017, we co-organized a 3-day training workshop for media professionals and tobacco control advocates from 7 West African countries: Ghana, Nigeria, Cameroon, Cote d’Ivoire, The Gambia, Benin and Burkina Faso. More than 30 journalists and advocates participated in the training that took place in Accra, Ghana.

Discussions focused on building active collaboration between media practioners and tobacco control advocates. Amongst other issues, it presented a holistic look at the global tobacco control movement and the role of the media, challenges of effective tobacco control media coverage in Africa, and key elements of investigative reporting for tobacco control. The workshop also burst most of the erroneous yet pervasive perceptions about the impact of tobacco control on different sectors, and highlighted how tobacco control can be mainstreamed in the media. 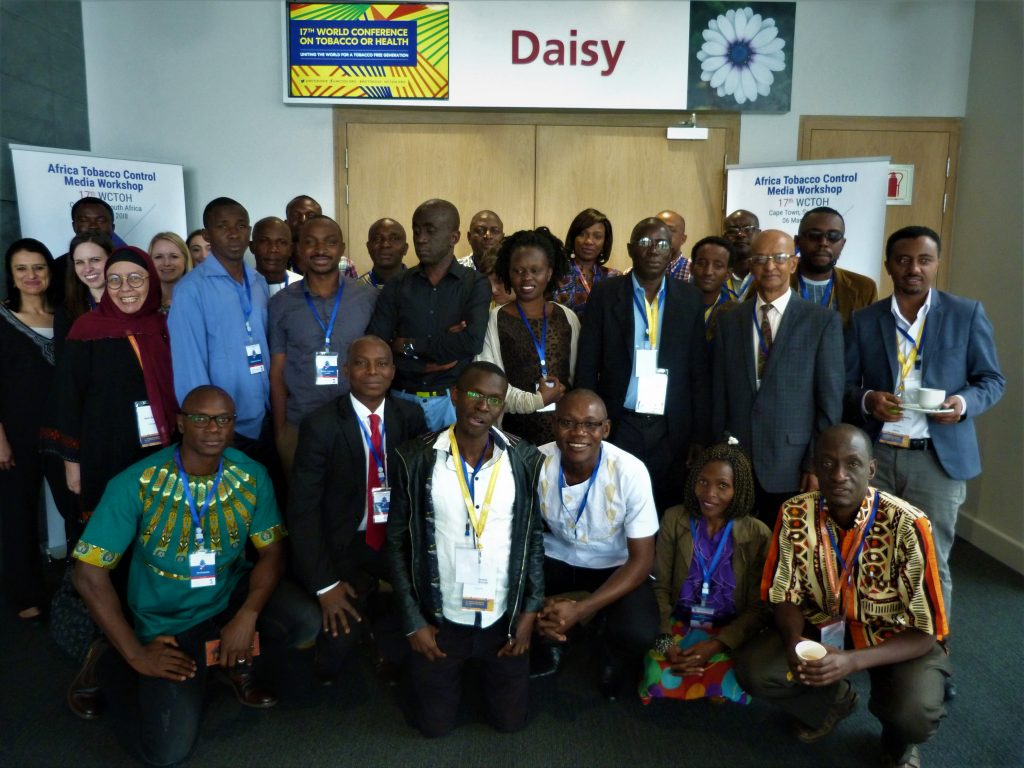 The workshop took place on 6 March 2018 and helped to empower these journalists to ensure they can effectively report tobacco control issues. We sponsored the participation of these journalists in the 17th World Conference on Tobacco or Health which led to the publication of several media articles around the continent before, during and after the conference.

In November 2017, we organised, another 3-day workshop for media professionals and advocates from six countries in East Africa: Tanzania, Kenya, Rwanda, Burundi, Ethiopia and Uganda. This took place in Kampala, Uganda.

Presentations were made on the background of the FCTC, highlighting its key provisions and the underlying principles behind these provisions, the impact of tobacco on public health and efforts to put in place TC laws and policies, as well as perspectives from Eastern Africa and from around the world on the roles media have played in tobacco control. Discussions also focused on challenges to effective tobacco control media coverage, mainstreaming tobacco control in the media, building synergy between tobacco industry accountability campaigns and media advocacy, and framing tobacco control for media reporting. Participants were exposed to the use of multimedia and social media platforms for advocacy and to expose tobacco control stories to a wider audience.

In August 2018, we organised a media training for French-speaking journalists in Lomé, Togo. It witnessed the participation of one journalist from each of the following countries; Niger, Congo, Democratic Republic of Congo, Cameroon, Mauritania, and Gabon. Two journalists from the host country, Togo, participated in the training.

Amongst other issues, the participants were drilled on the tobacco epidemic in Africa and around the world, the WHO FCTC and its key provisions, tobacco industry interference in tobacco control, tobacco as a threat to achieving the SDGs, new technology tobacco products and tobacco industry promotional strategies around them, as well as the role of the media in tobacco control.

The workshop also enabled participants to discuss and share experiences on some pertinent issues like how to win the interest of the public and decision-makers in tobacco control stories, integrating tobacco control in media agendas, and guidelines for writing a good tobacco control investigative report. The use of social media to efficiently disseminate tobacco control information was one other major highlight of the training.

As part of policy advocacy in Chad, we organised a series of trainings in the country in 2017. Two trainings were held on tobacco industry monitoring (TIM) in 2017. The first was with 35 representatives of CSOs and members of the National Tobacco Control Committee, and the second for 26 media professionals. Another training on advocacy for policy adoption was organised with 29 journalists and representatives from civil society organizations. Still in 2017, a one-day workshop was held with the police and health inspectors of the municipality of N’djamena to support enforcement of an order regulating the sale of tobacco products and shisha and banning the sale of tobacco around educational institutions. 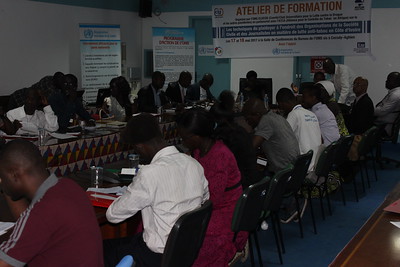 In June 2019, Cote d’Ivoire adopted a national tobacco control law. Prior to that, we undertook several capacity building initiatives. In January 2017, 34 civil society representatives, journalists and government officials were trained on tobacco control and tobacco industry monitoring, while in May 2017, a total of 87 media professionals and civil society representatives were trained to support advocacy for the adoption of the tobacco control bill. Following this training, an advocacy plan was developed and follow-up was maintained, this, contributing to the bill being adopted. 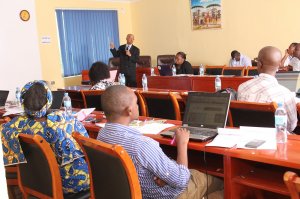 Being a tobacco growing country, much of Tanzania’s foreign earnings come from tobacco. This makes the tobacco control atmosphere in the country complex. In 2017, we undertook several capacity building initiatives in Tanzania which contributed to the drafting of an FCTC-compliant tobacco control bill, and the establishment of a more favorable environment for tobacco control. Our capacity building inititaives in Tanzania include a 2-day training on tobacco industry monitoring, attended by 25 people from civil society and government. Another 2-day training on advocacy for media professionals engaged in tobacco control was undertaken. 20 media professionals (senior journalists and editors) were enlightened.

In January 2017, we organised a tobacco industry monitoring workshop in Niger as part of our efforts to push for policy adoption. 28 people participated in this workshop comprising representatives of Civil Society Organisations and journalists. Their engagement in tobacco control contributed to Niger ratifying the Protocol to Eliminate Illicit Trade in Tobacco Products. 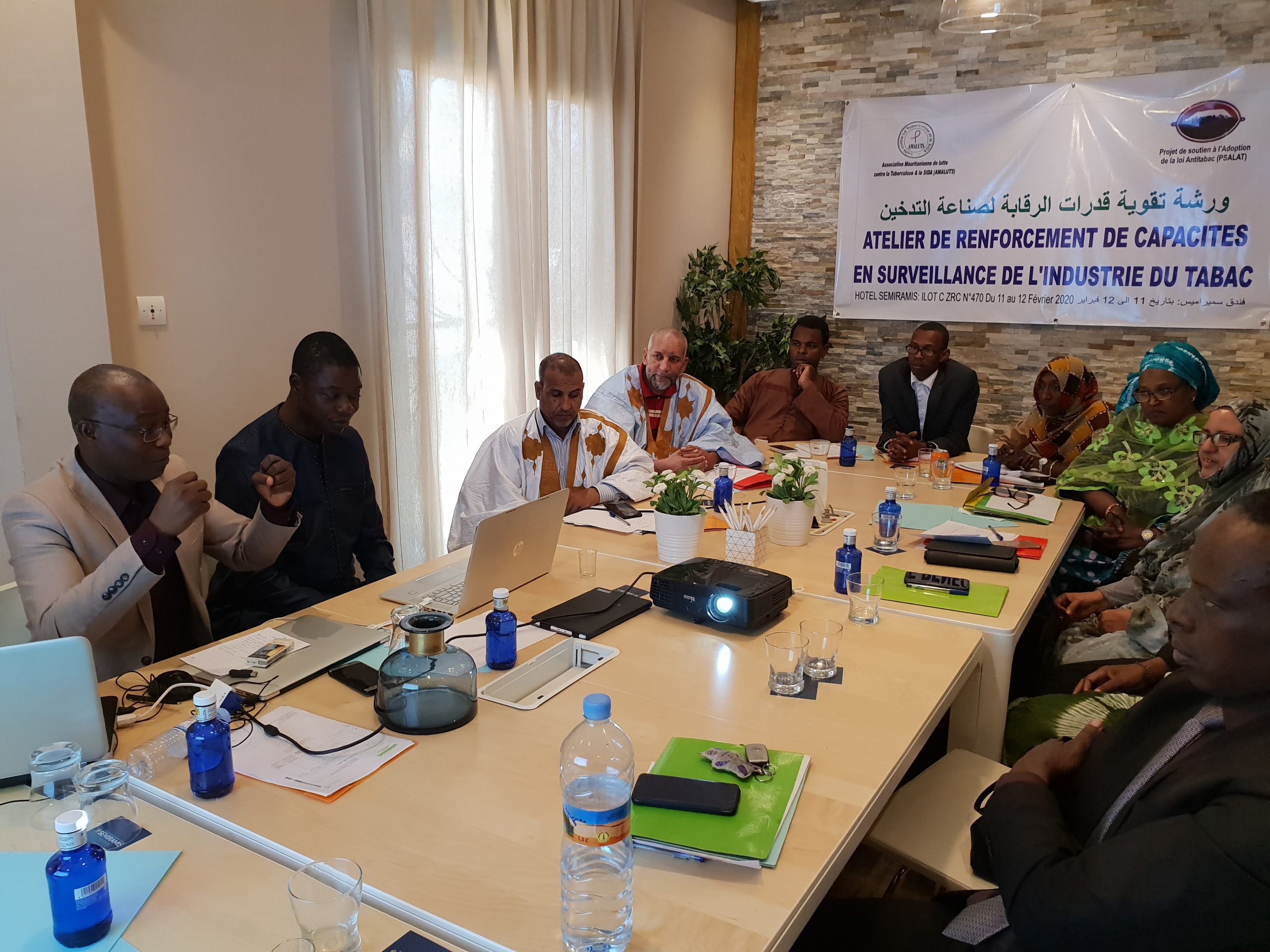 As part of activities to support implementation of its tobacco control law adopted in 2018, in February 2020, we organised a tobacco industry monitoring training for our CSO member in Mauritania, and representatives of its partner organisations and entities. Amongst others, the training led to the creation of a vibrant tobacco industry monitoring team in the country.

Participants included MPs, Imans, and other CSOs, notably the Mauritanian Association for Mother and Child Health (Association Mauritanienne pour la santé mère et enfant). Presentations were made on the WHO Framwork Convention on Tobacco Control (FCTC), with particular attention on Article 5.3 of the convention. Discussions were also engaged on new techonology tobacco products, and how tobacco multinationals are using them as new tactics to initiate young people, as well as case studies of tobacco industry inteference in other parts of Africa. A tobacco industry monitoring team was created following this training. 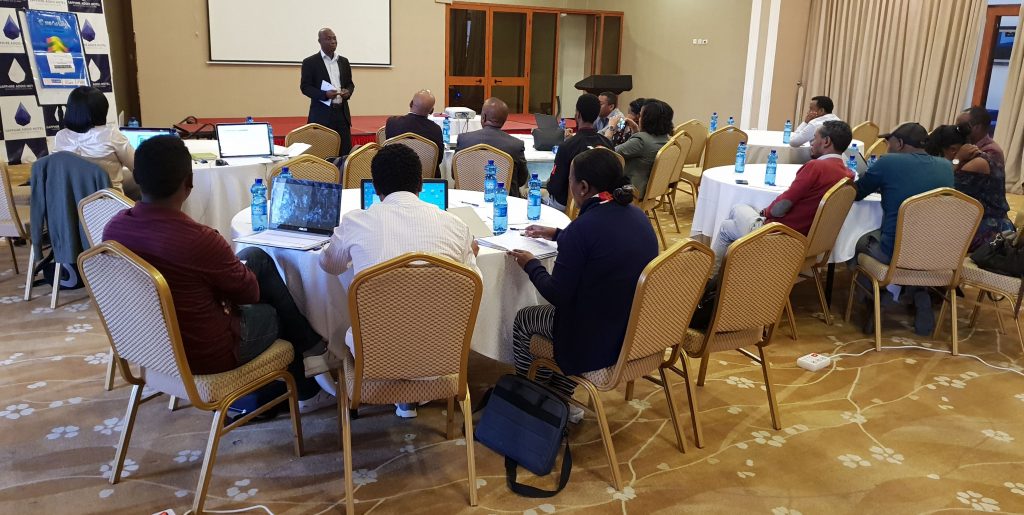 Kenya is one of the countries with the highest recorded cases of tobacco industry interference in the WHO Afro region. In February 2020, we organised a training that reinforced the capacity of stakeholders monitoring the industry. This training witnessed the participation of government entities, notably the the Tobacco Control Division, the Tobacco Control Board, local county structures like the Nairobi County Tobacco Control Unit, and a representative of the Kenyatta University. Several CSOs, including ATCA members in Kenya and their partners, as well as representatives from the media also participated in the training. 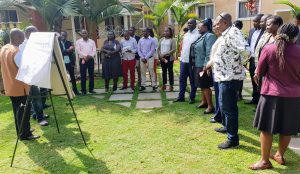 Participants at this training discussed the tobacco epidemic, the WHO Framework Convention on Tobacco Control, and its guidelines, as well as the tobacco control landscape in Kenya. Discussions also focused on tobacco industry interference strategies and tactics. Tools to effective monitor were presented to particpants. A tobacco industry monitoring team was created in Kenya following this training. The team has been activiely exposing and discrediting tobacco industry maneuvers. 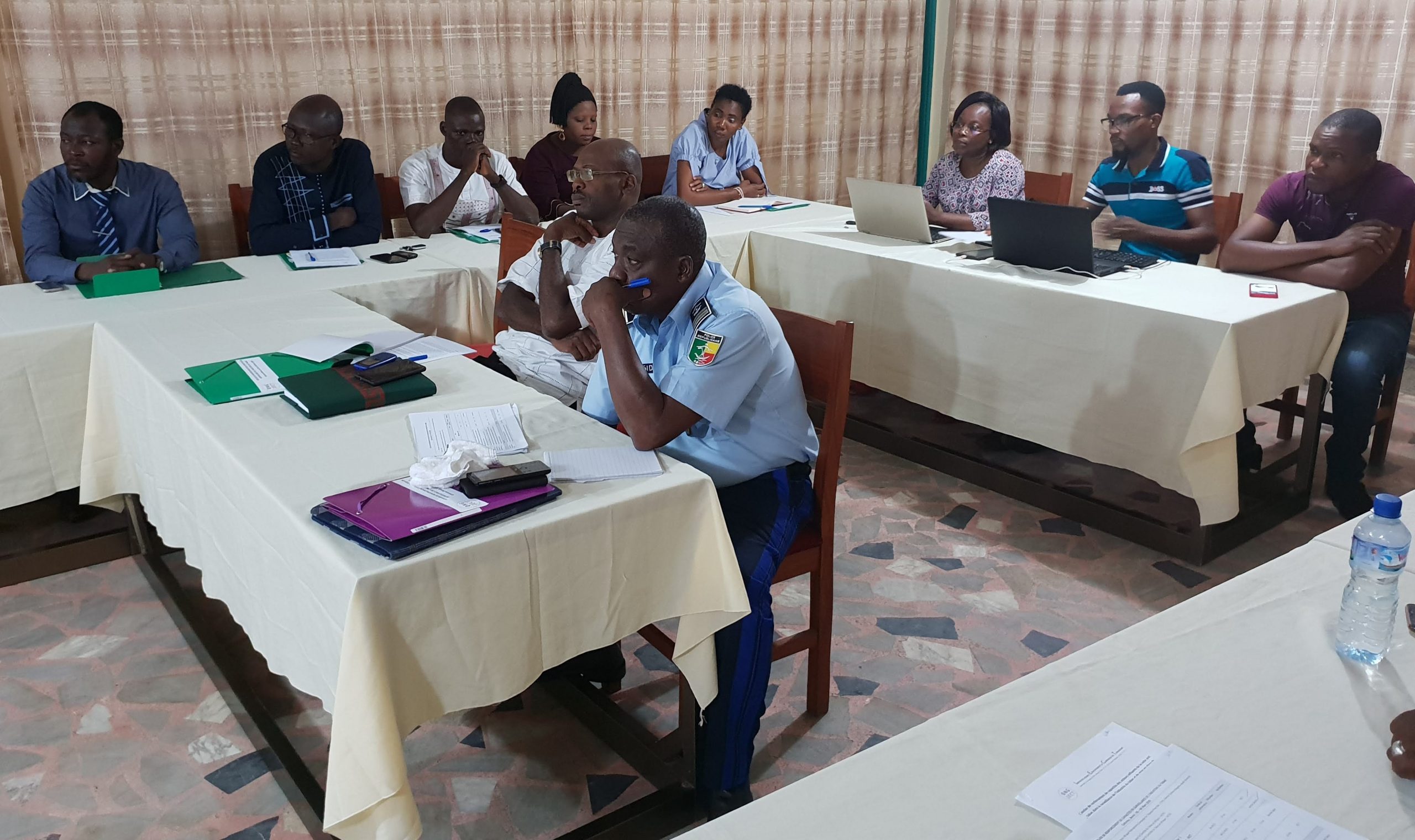 Participants at this training included representatives from the Ministry of Health, the World Health Organisation Country Office, Ministry of Interior and Public Security, Ministry of Commerce and Industry, Ministry of Finance, the Interministerial Committee for the Fight Against Drug Abuse (CILAS), the Territorial Surveillance Service and the Joint Container Control Unit (UMCC), and other CSO representatives.

THE NAIROBI DECLARATION ON THE IMPLEMENTATION OF THE WHO FCTC IN THE WHO AFRICAN REGION (2015).

To develop, strengthen and enforce comprehensive tobacco control policies, legislation and regulations that fully incorporate the obligations of the WHO Framework Convention on Tobacco Control and its guidelines.