Accueil » Blog » Opinion: Why commitments to tobacco control at COP 9 are critical 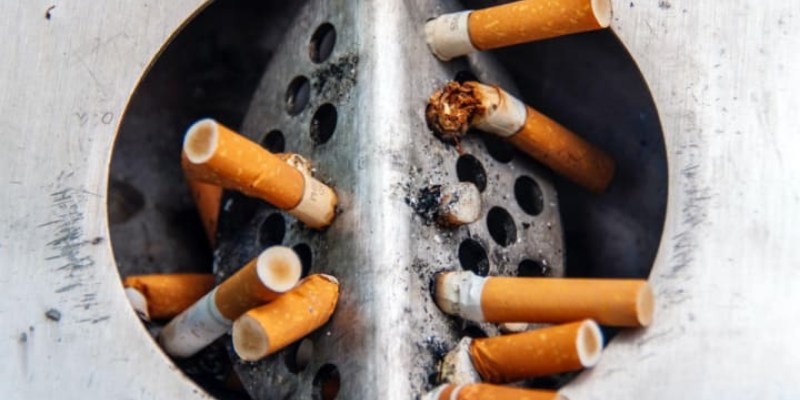 The 26th United Nations Climate Change Conference of the Parties, or COP 26, has dominated international discourse in recent months, creating space for governments worldwide to promise action that will hopefully limit the impacts of climate change. However, another COP event is taking place at the same time.

COP 9 — the ninth session of the conference of the parties to the World Health Organization’s Framework Convention on Tobacco Control, or FCTC — will address the devastating and disproportionate impact that tobacco has on health, the environment, and the economy.

COP 9 presents a critical platform for galvanizing the world … to unite against the [tobacco] industry’s influence.

Like climate change, tobacco is deadly. It kills up to half of its users and costs more than $1.4 trillion in health expenditures and lost productivity each year. Smoking tobacco causes over a dozen types of cancer, and secondhand smoke kills approximately 1.2 million people annually.

Tobacco consumption is a global epidemic, but one that we have the tool to address via the FCTC. With nearly 200 parties to the convention, the FCTC outlines articles that are proven to prevent people from taking up tobacco, promote cessation, and protect the wider population from the secondhand effects of smoking. At COP 9 — taking place virtually this year because of the COVID-19 pandemic — governments and advocates will come together to reaffirm their commitment to this critical mandate, 16 years after it entered into force.

Why isn’t FCTC’s potential being realized?

It might just be a single industry at fault, but it is an extremely powerful and evasive one, and it has a vested interest in getting and keeping individuals addicted to tobacco. Aggressive and predatory marketing techniques have enabled the tobacco industry to grow a large market and accumulate significant wealth.

In 2018, the world’s six largest cigarette companies made profits totaling over $55 billion — more than the combined profits of Coca-Cola Co., PepsiCo, Nestlé, Mondelez International, FedEx, General Mills, Starbucks, Heineken, and Carlsberg. The industry has enjoyed massive profits while condemning its customers to addiction and ill health.

Low- and middle-income countries, or LMICs, account for over 80% of the world’s 1.3 billion tobacco users, and cancer-related mortality is significantly higher there. The burden of addiction and ill health for individuals in already fragile health care systems further perpetuates existing global inequalities.

The FCTC demands better regulation and increased taxation of tobacco alongside the enforcement of strict rules on marketing, the promotion of smoke-free spaces, and other policies that seek to limit individuals’ exposure to such products. With policies aiming to discourage tobacco use, it’s understandable that the industry puts so many resources toward undermining the FCTC — sometimes openly, but often covertly.

Recent findings from a University of Bath research project outlined the extent to which the company British American Tobacco sought to influence policymaking in Zimbabwe by bribing government officials and FCTC focal points. This type of behavior is common, and tactics to undermine tobacco control leave LMICs more vulnerable to the aggressive marketing campaigns that enable the tobacco industry to survive and flourish.

In high-income countries such as the United Kingdom, New Zealand, and Australia, implementation of tobacco control measures has been broadly successful. These settings have the resources and political will to resist tactics used by the industry.

For example, in the U.K and Ireland, the company Philip Morris International unsuccessfully campaigned against a proposed ban on displaying cigarettes openly in shops. It sought to mobilize retailers to push members of Parliament to refute the proposal, but it was unable to generate the political pressure.

Article 5.3 of the FCTC addresses the threat that industry interference represents to tobacco control. Protecting policies from the influence of tobacco companies is critical in progressing the articles of the FCTC and improving public health outcomes. This requires putting in place legal measures that forbid government officials from meeting with tobacco industry representatives and officials rejecting misleading evidence from the industry that is intended to influence policy decisions.

However, this is easier said than done. Even during the pandemic, the tobacco industry has sought to exploit the challenges faced by governments. By seizing the opportunity to deliver “corporate social responsibility” initiatives when governments — especially in LMICs — have desperately needed resources, the pandemic has enabled companies to seek favor and get closer to decision-makers. The cruel irony of Philip Morris donating ventilators to Greece while its products worsen outcomes from COVID-19 is not lost.

What more needs to be done?

To combat the challenges presented by the tobacco industry, there is an urgent need to ensure that the FCTC has the resources for proper implementation. This means investment from governments and the international community to address the current funding gap of over $27 billion.

Governments also need the necessary evidence, resources, and information to push through tobacco control policies, supported and emboldened by an effective civil society that can hold them and the industry to account.

Cancer Research UK’s Alex Wright leads a team that supports organizations and research institutions in LMICs to do just that.

“Our partners are generating the evidence to convince their governments of the clear benefits of tobacco control to society and enable them to resist arguments used by the tobacco industry,” he said, adding that the Nepal Development Research Institute has been able to secure a 25% increase in excise taxes on tobacco through its advocacy work. “This edges Nepal’s tobacco tax closer to WHO-recommended levels of 75%, which is proven to discourage people from starting to smoke and encourage existing smokers to stop.”

CRUK is just one of multiple civil society organizations, universities, and research institutions that form the tobacco control community. It is a community dedicated to making the impact of tobacco and the industry’s actions visible and holding parties accountable to the implementation of the FCTC.

Against the background of the pandemic and the climate crisis, COP 9 presents a critical platform for galvanizing the world to reaffirm commitments around realizing the environmental, health, and social benefits of eliminating tobacco and to unite against the industry’s influence.