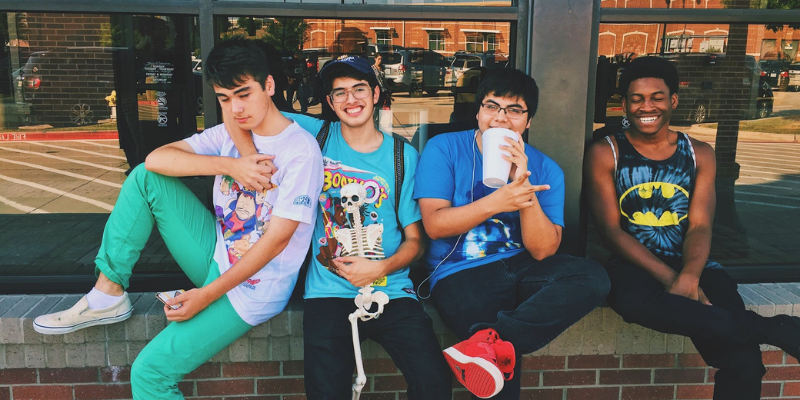 Tobacco ads on television have been banned since 1971.

Advertisements on billboards, paid brand product placement, cartoons, tobacco brand sponsorships of sporting events and concerts, and advertising and marketing practices targeting individuals under 18 have been illegal since 1998.

In 2020, 79 percent of teenagers reported exposure to tobacco ads, and 68 percent reported seeing e-cigarette ads, according to research from the Washington University School of Medicine in St. Louis.

“Kids are primarily seeing tobacco ads online via the internet and social media, where policies may exist, but they are especially challenging to enforce and regulate,” said Xiao Li, MA, the lead study author and a researcher at the Washington University School of Medicine’s School of Psychology.

The authors of the study, published in the December 2021 issue of the journal Pediatrics, based their findings on a sample of 139,795 adolescents ages 11 to 19 years old who participated in the National Youth Tobacco SurveyTrusted Source.

“Big Tobacco knows it must hook kids early because once the brain develops, it’s not nearly as susceptible to nicotine addiction,” Mary Coyne, an advertising expert who works with Tobacco Free Amarillo in Texas, told Healthline. “It is a particularly evil act to addict young people to a product that is known to cause horrible diseases and death, shorten their lives, and make them poorer.”

“Advertising works,” Coyne noted. “In the hands of those motivated by greed, the results can be deadly.”

What can be done

The study concluded that further regulation of tobacco advertising, especially at the point of sale and social media, is necessary.

“Strict policies need to be developed and implemented for reducing tobacco ads online. It should not be easy for kids to be exposed to online content about tobacco, especially when it encourages tobacco and e-cigarette use,” wrote Li.

Researchers also encouraged further study of tobacco advertising and its impact on teen vaping and tobacco use.

Patricia Folan, RN, CNP, CTTS, director of Northwell Health’s Center for Tobacco Control, told Healthline that the state of New York has taken the additional step of banning point-of-sale tobacco advertising in pharmacies but that there is still “no regulation whatsoever” on marketing efforts conducted via social media.

The problem of influencers and entertainers using or promoting e-cigarette products is especially pervasive, Folan said.

“Influencers on social media can easily share their experiences with using e-cigarettes to their followers, including young teens,” noted Li. “This user-generated content on social media can have a major impact on attitudes and behaviors about substance use. Of course, we don’t want to over-regulate individuals on social media, but well-informed, effective, and ethical regulations, particularly for e-cigarettes, should be put in place to help kids’ well-being.”

Parents can counter such messages by monitoring their children’s social media use and talking with them, Folan advised.

“They’re not getting the message that e-cigarettes are not healthy or good for them… and can be as harmful to their health as cigarettes are,” she said.