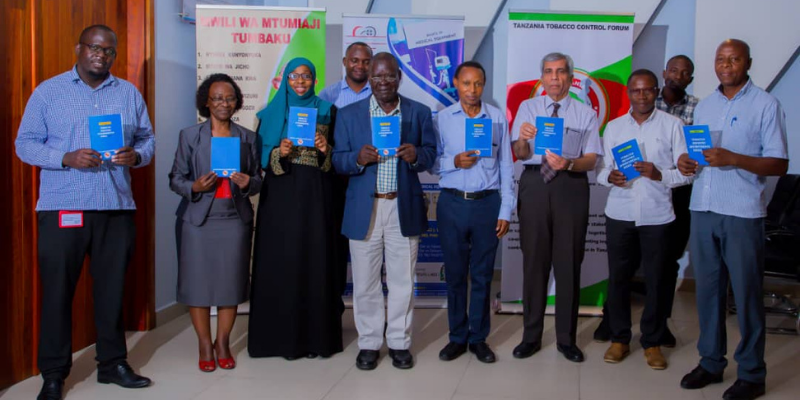 Tobacco control campaigners said yesterday that the lack of strong laws against smoking in Tanzania continues to allow harmful consumption of the products, reversing the efforts invested in controlling non-communicable diseases (NCDs).

The launched report is an indicator on how the government is implementing the World Health Organisation’s guidance on tobacco control, with focus on how to protect health policies from tactics that undermine government efforts.

“We’ve noticed an increase in corporate social responsibility activities in Tanzania and other countries, which in a way lead to delayed enactment of strict laws for tobacco control,’’ said Mr Leonce Sessou, the executive secretary of the African Tobacco Control Alliance (ATCA), while commenting on the report.

According to the Index report, Tanzania remains in the red zone, indicating continued high levels of interference by the tobacco industry in public health policies.

The country ratified the WHO Framework Convention on Tobacco Control (FCTC) in April 2007, but, the report says, “Implementation of the treaty has been weak and obligations under the treaty are not reflected in the current tobacco control legislation with consequent increasing tobacco use instead of decreasing.”

Ministry of Health’s Non-Communicable Diseases Department’s assistant director James Kiologwe said the government was addressing the public health impact of tobacco smoking as part of the wider campaign against NCDs such as cancer, diabetes and heart disease. Dr Kiologwe said the ministry was working on prioritizing NCDs fight “in many ways” and in collaboration with partners.

“I am happy that Parliament of Tanzania is now part of the efforts to spearhead the NCDs interventions,” he said.

But Lutgard Kagaruki, the executive director of Tanzania Tobacco Control Forum, insisted that strong emphasis should be put on creating legally-binding initiatives to control tobacco cultivation, the business and smoking.

“Tobacco-related CSR activities must be banned, as recommended in the WHO-FCTC. And, to ensure transparency, there must be clearly documented procedures for government officials to record all interactions where strictly necessary with the tobacco industry,’’ she said.

In the wake of the Covid-19 pandemic, experts have warned of an increasing burden of diseases associated with smoking, calling for concerted efforts to control tobacco use.

“There is an increase in risk of severe Covid-19 especially for tobacco-related cancers,” said Dr Josiah Chacha, a cancer epidemiologist at the Ocean Road Cancer Institute.