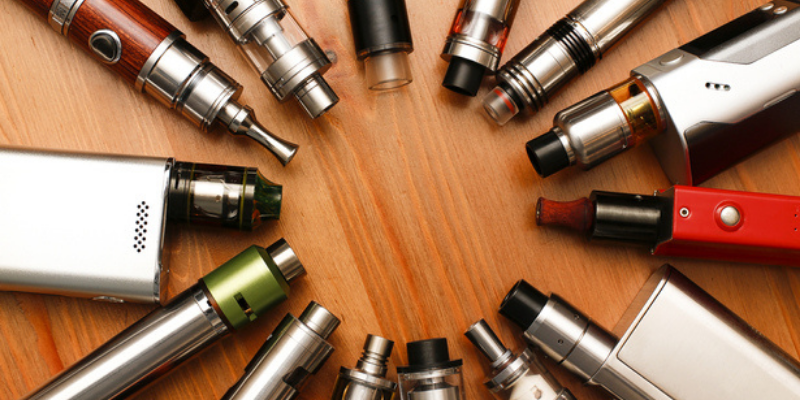 The African Tobacco Control Alliance (ATCA) has joined South Africa’s public health organisations in calling for urgent regulation of e-cigarettes through the swift implementation of the long-awaited Control of Tobacco Products and Electronic Delivery Systems Bill, saying the Bill could have an impact well beyond South Africa’s borders.

Leonce Sessou, Executive Secretary of ATCA, says “Global evidence reveals that e-cigs may create a new generation of young nicotine addicts and undermine progress in reducing tobacco use nicotine addiction. South Africa’s response to this new public health threat will serve as an example of how other African countries could regulate e-cigarettes. Protecting Africa’s youth from nicotine addiction and possible subsequent lifelong tobacco use will promote the health, society and economy of Africa.”

ATCA joins the “Protect our Next” partner organisations, including the National Council Against Smoking (NCAS), CANSA, the South African Medical Research Council (SAMRC), the South African Tobacco Free Youth Forum (SATFYF) and  the Heart and Stroke Foundation South Africa (HSFSA) in calling for urgency in the processing of the Bill.

Formerly a leading country in tobacco control, South Africa’s current law has become outdated in many areas, including the lack of regulation for novel products. Nearly four years have passed since the Bill closed for public comments in August 2018, during which time the e-cigarette industry, currently largely unregulated, has further taken hold in South Africa.

“We are deeply disturbed that South Africa still has no restrictions in place to vet e-cigarettes sold in the country. There are no robust pre-market evaluations, no marketing, labelling or packaging requirements. South Africa is well behind in protecting the public,” says Dr Sharon Nyatsanza of NCAS. “As the World Health Organisation recommends, we call for e-cigarettes be regulated, to  prevent initiation by non-smokers, particularly the youth, to minimise the health risks to users and non-users, whilst allowing informed adult access.  It is important that swift action be taken to pass the Tobacco Control Bill into law.”

Dr Catherine Egbe of SAMRC highlights the need for regulation to reduce health impacts. “E-cigarette use has increasingly been recognized as a global public health problem, due to the health harms associated with its use. These include respiratory health problems, like the exacerbation of asthma, bronchitis, tuberculosis, HIV/AIDS and chronic risks to cardiovascular and oral health, as well as the negative impact of nicotine exposure and addiction on adolescent brain development.”

The e-liquid in most e-cigarettes contains nicotine, the same addictive drug that is in regular cigarettes, cigars, hookah, and other tobacco products, says Egbe. However, nicotine levels are not the same in all types of e-cigarettes, and sometimes product labels do not list the true nicotine content. “There is no one standard to determine how harmful e-cigarettes are. Health harm varies based on a number of factors ranging from the level of nicotine, device type, ingredients used, battery type, how old the device is and importantly variations made by specific users and use patterns. Some users inhale more deeply, some use higher voltage, some use the devices more frequently. These factors can further exacerbate the health risks associated with the use of e-cigarettes.”

Egbe believes the new Bill is well-balanced. “While the new Bill does not ban e-cigarette use by adults, it seeks to minimise e-cigarette use and the associated health impact, particularly e-cigarette use by children and non-smoking youth. It does this through regulating advertising, packaging and the different flavours that have been shown to encourage youth initiation, as well as limiting areas in which these products can be sold and used. The proposed Bill requires accurate health warnings and mandates proper labelling of the products; users must know the constituents of the products, their quantity and related risks.”

The Bill further makes it unlawful to use e-cigarettes where smoking tobacco products are prohibited, for instance in schools, and public transport and indoor public places to protect non-users, explains Nyatsanza. “E-cigarette aerosol is not harmless vapor, it contains nicotine and toxic metals, which is also harmful to the health of non-users. Everyone has the right to breathe clean air. If the use of e-cigarettes is allowed anywhere with no limitations, people are being denied their basic rights.”

When it comes to cessation, Nyatsanza says that unregulated e-cigarettes undermine the use of medically proven cessation aids. “Studies conducted by Africa Centre for Tobacco Industry Monitoring and Policy Research (ATIM) show evidence of limited efficacy for long-term cessation. Unproven claims of cessation efficacy of e-cigarettes are harmful to public health. If children and non-smoking youth increasingly use e-cigarettes, any individual level cessation benefit from e-cigarettes, which is in any case contested by local studies, is eroded.”

Nyatsanza says that South Africa recognizes the importance of helping smokers to quit smoking, but requires all stopping smoking medications and aids to be registered. “The e-cigarette industry has evaded these safeguards, by registering e-cigarettes as consumer products – yet making public claims that e-cigarettes help people to stop smoking. Clearly, the industry does not want to abide with public health safeguards and regulations, as it does not want to subject its products to the safety and approval systems for products designed to help people to quit smoking.”

Lorraine Govender of CANSA says research shows that attractive flavours and colours, cool packaging, easy accessibility and advertising directly targeting the youth, including influencer advertising on social media, continues to encourage initiation. “Failure to property regulate e-cigarette marketing is a failure to protect children and young people from addiction and health harms caused by these products.”

Public Health Policy and Development Consultant, Zanele Mthembu, says every provision in the proposed Bill is well designed to prevent child and youth initiation. “Research indicates that most smokers start at a young age, and that vapers are likely to progress to combustible cigarette smoking. Preventing early initiation will drastically reduce tobacco and nicotine use. We cannot allow e-cigarettes to undermine our progess in reducing tobacco consumption.”

“With every delay in passing the Bill, more children and young people are becoming addicted to new nicotine products, while the burden on the health system, environment and economy caused by tobacco and nicotine products continues to grow,” says Nyatsanza. It’s time for government to pass the Bill and show leadership in Africa.” 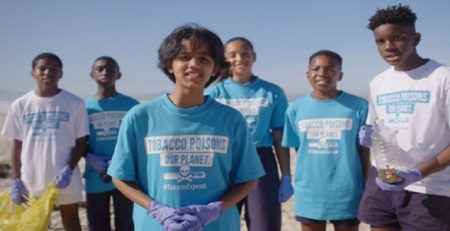