Benefits to the Tobacco Industry

Several governments in the African continent accommodated requests from the tobacco industry for a longer time frame for implementation or postponement of tobacco control policies, including delay in the implementation of taxes on tobacco products. The tobacco industry received a variety of incentives while conducting business in Africa. These included tax exemptions, low or no tax increases on tobacco products and longer duration to apply mandatory health warnings on cigarette packs. Figure 5 shows countries that provided benefits or promoted the tobacco industry.

Figure 5: Benefits to the Tobacco Industry 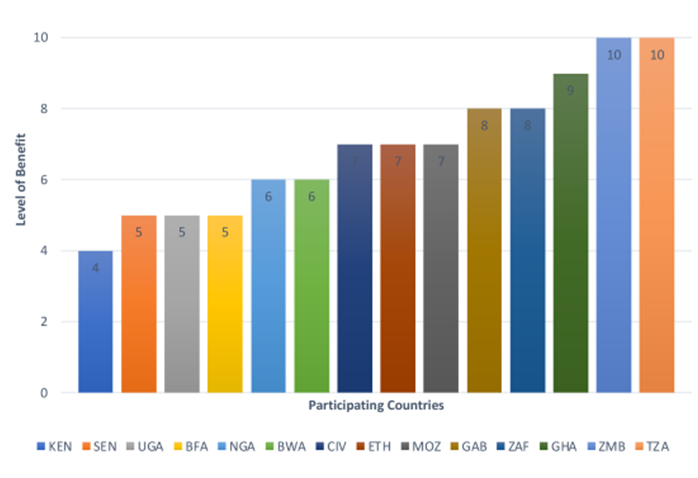 The tobacco industry in Tanzania, South Africa, Ethiopia, Gabon, and Zambia received a variety of benefits as evident in delays in the implementation tax increment, or in tax breaks accorded the industry, and allowing of sponsorships and promotion by the tobacco industry. Benefits to the industry also took the form of non-enactment of laws to ban smoking in public spaces as required by the WHO FCTC. On the other hand, Kenya, Uganda, Senegal, and Burkina Faso performed relatively better in not providing incentives to the industry. 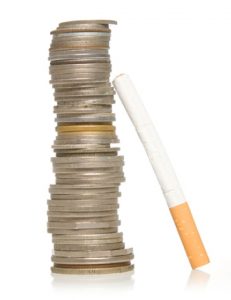 In Cote d’lvoire, the Confederation of Côte d’Ivoire Companies (CGECI) negotiated tax breaks that benefited tobacco companies and potentially influenced the government to increase tobacco taxes by only a single point (from 38% to 39% in 2020)23, way below public expectations. In Nigeria, tobacco companies were given exemptions from the ECOWAS tax directives which prescribed a minimum of 50% duty plus a specific excise tax of only 0.02 dollars per stick of cigarette. Similarly, in Senegal, the tobacco industry continues to benefit from government investment package established to attract foreign investors, and benefits from tax exemption from specific taxes both on export products and resale of raw tobacco. On the other hand, since 2015, Ghana has been struggling with little success to implement an ad valorem tax system, resulting in low prices and increased affordability of tobacco products. This has attracted more demand for the products which points to a potential
benefit to the tobacco industry. In Uganda, it was reported that the government sought a supplementary budget of approximately 11.2 billion Uganda shillings (3.08 million USD) to compensate disgruntled tobacco farmers who supplied leaves to two tobacco companies (Nimataback Ltd and Continental Tobacco) but were never paid24. This action, inconsistent with the spirit and stipulations of Article 5.3. Guidelines, benefited the tobacco industry.

In Gabon, despite the fact that the Parliament implemented measures to dissociate the activities of the Régie Gabonaise de Tabacs (RGT) from those of Compagnie d’Exploitations Commerciales Africaines (CECA GADIS) and its other allies, the Minister in charge of the economy suspended taxation of tobacco products voted by the 2018 finance law and also demanded the lifting of the suspension25. Imperial Tobacco, British American Tobacco and Philips Morris International also requested and obtained from the Government, a longer period (12 months) to implement the taxes on tobacco products contrary to the provisions of the above-mentioned decree26. An Executive Order prescribing health warning has not yet been issued. Gabon implements a 10.45% excise tax for cigarettes as opposed to the minimum 70% excise tax for retail cigarette prices recommended by the FCTC27.

Delay, postponement and deferment of tobacco control measures by governments

In Tanzania, the tobacco industry is currently benefiting from the delay in the enactment of new smoke-free law which contributes to an increase in cigarette sales. A similar observation is made in Zambia where a long delay in the passing of an FCTC compliant Tobacco Products Control Bill has benefited the tobacco industry to increase its business. In Burkina Faso, tobacco companies have been granted an extension by the Ministry of Trade to continue to supply and sell tobacco products without graphic health warnings.