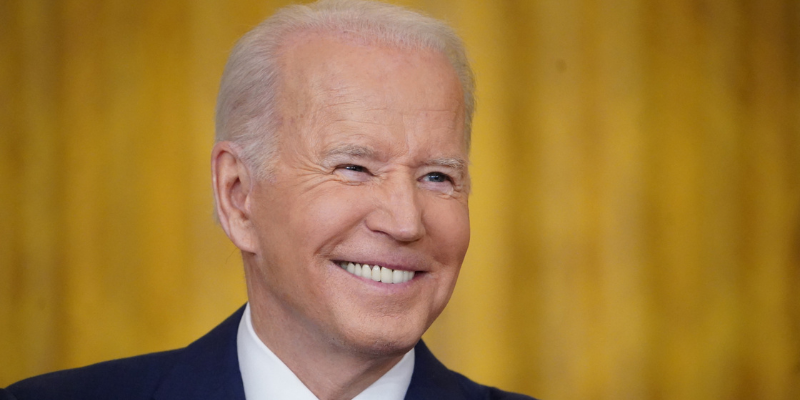 The Biden administration signaled Tuesday that it will develop a proposed rule to establish a maximum nicotine level in cigarettes and other tobacco products that will essentially lower the amount of nicotine in products available in the US. It is a step that no other administration has taken before and is one public health experts say would be transformative if enacted.

“This is the first time there’s ever been a serious discussion with a commitment from the highest levels of government to tackle tobacco in a way that is transformative,” said Matthew Myers, the president of the Campaign for Tobacco-Free Kids. “It will transform public health in the United States and literally do more to reduce cancer, cardiovascular disease and respiratory disease than any other set of actions the government could take.”
The new initiative was released as a part of what is called the administration’s “unified agenda.” Released twice a year, this is a set of planned federal regulatory actions.
The rule says that the effort to lower nicotine in tobacco products would reduce people’s addiction to smoking and give people a better shot at quitting. Reducing the amount of nicotine in these products would also likely prevent people from starting smoking.
“Addiction to nicotine in combusted products is the main driver of sustained use of these products. In fact, more than half of adult cigarette smokers make a serious quit attempt each year (quitting for at least a day), but most do not succeed due to the addictive nature of cigarettes. Such a product standard, if proposed and then finalized after a thorough process, would make those products minimally- or non-addictive,” the US Food and Drug Administration said in a statement Tuesday.
“Nicotine is powerfully addictive,” FDA Commissioner Dr. Robert Califf said in the statement. “Lowering nicotine levels to minimally addictive or non-addictive levels would decrease the likelihood that future generations of young people become addicted to cigarettes and help more currently addicted smokers to quit.”
Nicotine is the chemical in tobacco products that is highly addictive. The chemical can change the way the brain works, making people crave more of it, according to the FDA.
Studies show that when the nicotine content of cigarettes is reduced, people don’t seem to smoke more to compensate for the missing nicotine. The lower nicotine level cigarettes also seem to be effective in alleviating withdrawal, studies show.
“If you don’t have high enough levels of nicotine, it seems that you don’t trigger as strong as an addiction,” Dr. Rose Marie Robertson, the deputy chief science officer of the American Heart Association, said. “I’ve had patients in the past who had been addicted to both nicotine and heroin at different times in their lives and one of them said it was much tougher to quit nicotine.”
Surveys show that two-thirds of young smokers say they want to quit. Lowering nicotine levels could make a big difference.
“If we could keep them from being addicted in the first place, that would be good and this has the potential to really produce a dramatic change in tobacco use,” Robertson said.
About 480,000 people in the US die from smoking-related disease, according to the US Centers for Disease Control and Prevention. It is the leading cause of preventable death in the US.
The number of smokers has declined significantly in the past 15 years, but as of 2020, still about 12.5% of US adults, or 30.8 million people smoked cigarettes. More than 16 million live with a smoking-related disease according to the CDC.
“This is an important step forward for public health,” said Erika Sward, the assistant vice president of national advocacy for the American Lung Association.
The FDA estimates reducing nicotine levels could prevent more than 33 million from becoming regular smokers and about 5 million additional smokers would quit within a year of lowering nicotine levels and 134 million years of life would be gained.
Even with low nicotine products, not all smoking-related disease would disappear. The low nicotine cigarettes still contain the harmful products that can cause disease.
“Much of the harm comes from inhaling the combusted smoke. Combusted smoke is still there in low nicotine cigarettes,” Robertson said. “Because they are low on nicotine, does not mean they are low in anything else.”
So, there would still need to be a public health effort to get people to quit, Robertson said. Lowering the nicotine content could certainly help with that.
The regulations won’t happen overnight, experts say, and there’s no guaranteed that it would be enacted.
Next, the FDA will have to issue a notice of proposed rulemaking by May 2023 and there would be time for public comment. That process could take at least a year. Then, it is “very likely,” experts say, that the tobacco companies would then sue to keep the rule from going into place.
Myers and other tobacco experts said they hope the FDA and the Biden administration will move quickly on this initiative.
“We have seen how slow things move in many areas with tobacco and many impediments to action can arise,” said Myers. “We just have to make a commitment to make sure it gets done.”
Source: CNN

Government’s policy agenda in Bangladesh is still highly vulnerable to the... read more