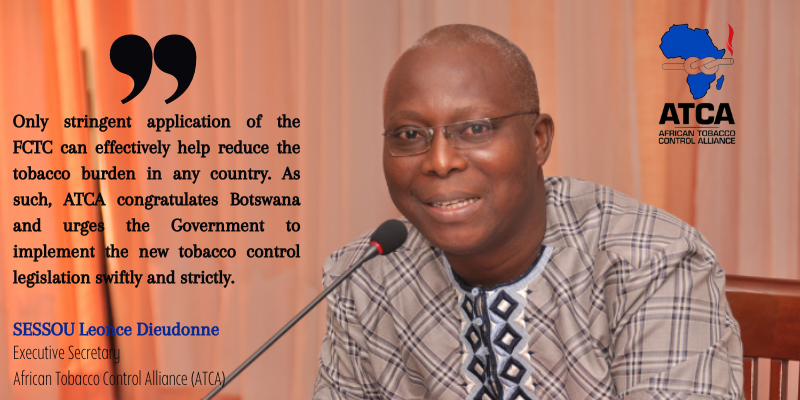 Statement of Leonce SESSOU, Executive Secretary of the African Tobacco Control Alliance (ATCA) on the adoption of a strong tobacco control law in Botswana

Published in the official gazette on 29th October 2021, Botswana’s tobacco control law is a life-saving instrument, and one of the strong tobacco control legislations in Africa. The law, which repeals and re-enacts the Control of Smoking Act of July 1, 1993 (Cap. 65:04), very well aligns with the WHO Framework Convention on Tobacco Control (FCTC) to which Botswana is a party since January 2005.

Every year, more than 1500 people are killed by tobacco-caused diseases in Botswana according to the Tobacco Atlas. The Global Adult Tobacco Survey, GATS Botswana 2017, reveals that up to 17.6 percent or 240,000 adults of the population of about 2.3 million, use tobacco. This rate is one of the highest in Africa. There is no doubt that the new tobacco control legislation, if well implemented, will greatly contribute to bring down this high number of deaths attributable to tobacco use.

The African Tobacco Control Alliance (ATCA) congratulates Botswana for enacting such a robust tobacco control legislation. ATCA reiterates that only stringent application of the FCTC can effectively help reduce the tobacco burden in any country. As such, the alliance urges the Government of Botswana to implement this new legislation swiftly and strictly, ensuring that penalties, including fines and other corrective actions are served defaulters as stipulated by the law. ATCA also commends Civil Society Organizations whose advocacy efforts helped guarantee that the bill stays as strong as it is and gets voted in parliament.

It has been almost 17 years since Botswana demonstrated engagement to protect its people from tobacco by ratifying the FCTC. The tobacco industry no doubt fought to delay adoption of this law. Its rapid implementation will ensure that thousands of lives are saved from the devasting effects of tobacco use. 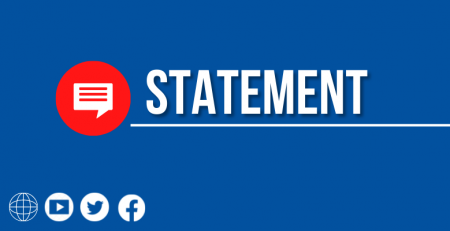