According to the WHO, there is a fundamental and irreconcilable conflict between the tobacco industry’s interests and public health policy interests11. FCTC Article 13 calls for a ban on tobacco-related CSR activities and Article 5.3 Guidelines call on Parties to denormalise them. Tobacco companies handed scholarships to poor students, funded poverty alleviation projects and supported governments during natural disasters. They also supported research. 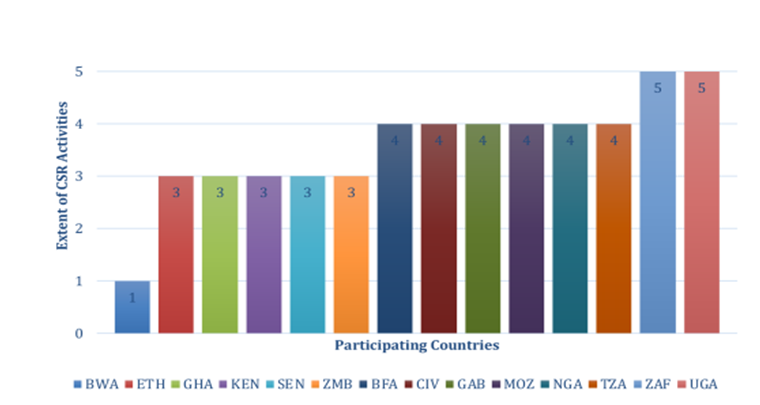 In Burkina Faso for example, the commander of the Second Gendarmerie region is reported to have stated, “the Manufacture Burkinabè de Cigarettes (MABUCIG)12, a local subsidiary of Imperial rands has given us a second life” when the TI constructed a drinking water facility on January 7, 2021.

Despite Decree No. 0285/PR/MSPSSN of May 17, 2016, which bans sponsorship of tobacco and its derivative products in Gabon, the tobacco industry sponsored the renovation of the sports facilities of the National Gendarmerie School as well as a soccer tournament in 2017.

In June 2018, the Ministry of Labour of Mozambique signed a 3-year Memorandum of Understanding (MoU) with the tobacco  industry-funded ECLT Foundation for US$1.2million to address child labour and strengthen children’s rights, particularly those in rural areas where tobacco is grown13. The MoU which is valid till 2021 aims to get children out of child labour, community education and training, awareness and communication, and at the same time have a role in revising legal frameworks.

The BATN Foundation partnered with the National Youth Service Corps (NYSC) in its Skills Acquisition and Entrepreneurship Development (SAED) Programme16 which began in 2019. Under the scheme, the youth corps members and young people with viable agri-business ideas are supported with equity-free capital and other associated support they may require to scale up their businesses. In the 2021 edition, the Foundation continued its CSR with the Corps through a financial commitment of N16 million in cash and business support for grantees.