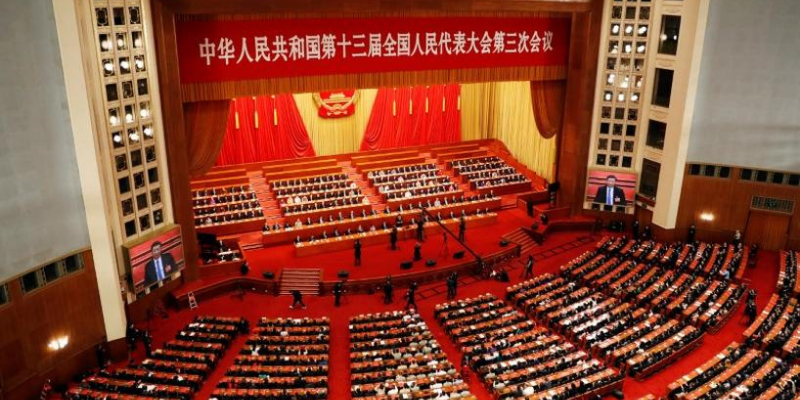 China should completely ban smoking in indoor public places and enact a national-level smoke-free law to protect the health of non-smokers, a Chinese lawmaker said in a proposal brought to the two sessions, stressing a nationwide law on smoking bans is key for China to realize its 2030 national health plan.

The proposal was brought by Chen Jingyu, a cardiothoracic surgery expert and vice president of Wuxi People’s Hospital in East China’s Jiangsu Province, and also a deputy at the 13th National People’s Congress (NPC).

China has a total of 334 cities that have the right to enact their own laws, and as of February, some 20 cities have adopted regional laws to ban smoking in all indoor public venues, but that is not adequate for China to achieve its Healthy China Action (2019-2030) plan, Chen told the Global Times.

Chen said calling on all 334 cities to roll out a smoking-free law is not realistic, as laws banning smoking are usually not a priority on their legal agendas and it could lead to a conflict of interest in the legislative process.

This means that China will find it difficult to achieve the expected target of covering 30 percent of the total population by 2022 and 80 percent by 2030 under the Healthy China initiative.

Currently, there are over 300 million smokers in China, and over 1 million people die of smoking-related diseases annually, data by Xinhua News Agency showed.

Allowing special smoking areas in indoor public places, such as restaurants, entertainment venues and airport terminals, actually violates the WHO’s Framework Convention on Tobacco Control (FCTC). Scientific research shows that there is no safe level of exposure to tobacco smoke, and the only way to effectively prevent non-smokers from suffering from second-hand smoke is to completely ban smoking in indoor environments, Chen noted.

The requirements of the FCTC clearly state that all indoor public places, public transport facilities, and indoor workplaces – including offices, hotels, airports, and restaurants – should be 100 percent smoke-free.

Chen said there is public support for a complete smoking ban in China, citing polls conducted by the China Association for Smoking Control. The survey by the association showed the support rate was 91.9 percent.