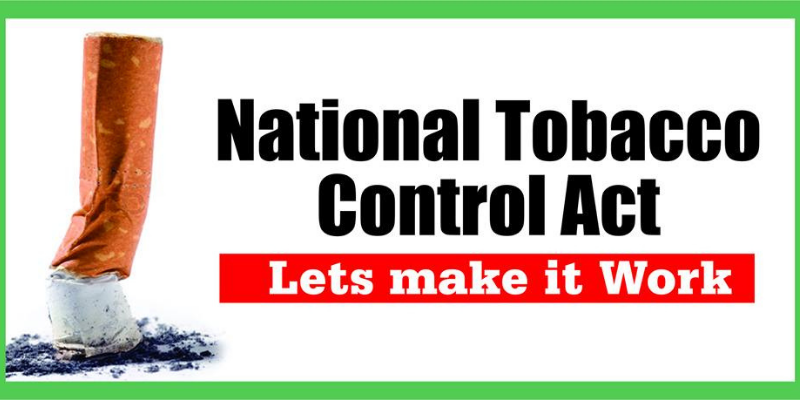 *As 16,000 die of tobacco-related diseases in Nigeria annually

Abia State Government has come under intense pressure to domesticate the National Tobacco Control Act passed into law since 2015.

A civil society group, Civil Society Legislative Advocay Centre, CISLAC, which is at the vanguard of the advocacy, visited the state where it had audience with top government officials including the state House of Assembly.

The group led by the Programme Manager, Democratic Governance, Mr. Okeke Anya, took their advocacy to the Secretary to the State Government, SSG, Chris Ezem; Attorney General and Commissioner for Justice, Uche Ihediwa; and the House Committee Chairman on Health, Stanley Nwabuisi, where it educated the affected officials on the numerous benefits of domesticating the Act.

According to the Programme Manager, Nigeria records about 16,100 deaths annually on tobacco related cases.

He said that the figure was so high, hence the compelling need for states to pass the tobacco control act to discourage consumption of the harmful product.

The CISLAC team leader noted that the devastating health implications of tobacco consumption would be drastically reduced if more states adopt the Act .

Mr. Anya who identified tobacco as a leading factor in non-communicable diseases expressed worry that more youths were getting involved in tobacco consumption due to weak control laws.

He further said that apart from reduction in health implications of tobacco consumption, states could also improve their Internally-Generated Revenue, IGR, through fines on offenders of the law when passed.

Responding, Hon Ihediwa said the state would take a critical look at the Act before domesticating it.

Ihediwa who said he personally would wish that people stop consuming tobacco entirely, however, noted that the enforcement of the law might not be easy.

He, therefore, tasked the civil group to place more emphasis on sensitisation of members of the public on the ills of consuming tobacco than legislation.

The SSG, Mr. Ezem thanked CISLAC for its advocacy for the domestication of the tobacco control law and pledged the willingness of the state government to safeguard the health of residents.

Similarly, the House Committee Chairman on Health, Nwabuisi, after receiving a draft bill by CISLAC said that the House of Assembly was willing to give the bill accelerated hearing.

Abia State Project Manager of CISLAC was part of the advocacy team.