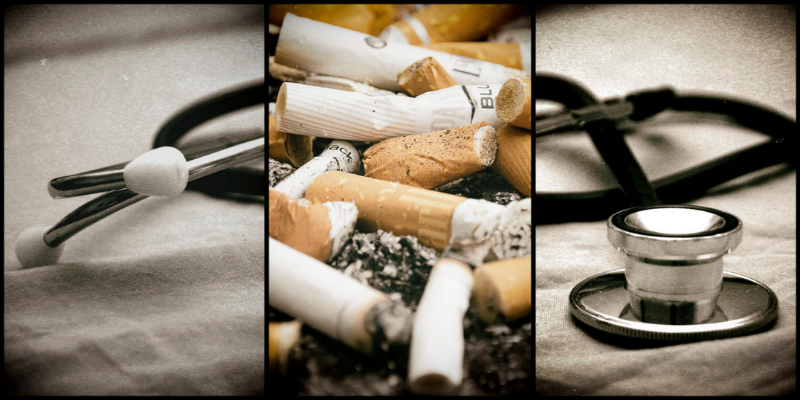 Tobacco kills an estimated eight million people each year globally. And it’s known that the African continent is being targeted by tobacco companies. Are we doing enough to limit its harmful effects?

Over the past three weeks, a series of reports has emerged exposing how tobacco giant British American Tobacco has allegedly been manipulating governments in Africa to reduce the impact of tobacco control policy.

The revelations include more than 200 questionable payments of more than $600,000 made to individuals in 10 African countries to secure competitive advantage or obtain information. The advantage entails disruption of competitors’ illegal and legal operations and stifling progress in reducing tobacco use, while lives were needlessly put at risk.

The details are part of whistle-blower documents and court records by the Tobacco Control Research Group at the University of Bath and published by STOP, a global tobacco industry watchdog.

In line with these exposés, the 2021 Tobacco Industry Interference Index for South Africa was launched by the National Council Against Smoking in partnership with the Africa Centre for Tobacco Industry Monitoring and Policy Research and the Global Centre for Good Governance in Tobacco Control. The index details the lengths “Big Tobacco” has gone to, to promote its lethal products.

In the third report, the index chronicles the activities of the tobacco industry since the beginning of the initial lockdown. Despite some gains from the temporary ban on tobacco-related products, which saw a record number of smokers quit, the index is critical of governments’ lack of further action to control tobacco use despite its direct and indirect links to Covid-19.

The reality is, we just cannot afford to lose any more lives after Covid-19 claimed so many.

In addition to emerging infectious diseases and pandemics, South Africa — like most of the continent — continues to experience a growing burden of non-communicable diseases (NCDs). These NCDs have become a major risk for hospitalisation and death from Covid-19 infection.

NCDs — usually chronic and not-infectious conditions — directly related to tobacco use include many ailments related to smoking, such as emphysema, chronic obstructive pulmonary disease and lung cancer.

With Covid-19 having officially claimed the lives of more than 200,000 people in Africa already (the actual figures are substantially higher), we are trying to control it wherever we can. We do not need the burden of increased deaths caused by tobacco.

Why aren’t we applying a fraction of the energy we do for Covid prevention, that includes everything from vaccines to mask-wearing, to evidence-based policies meant to be implemented by most governments under the only global public health treaty — the World Health Organisation’s Framework Convention on Tobacco Control that was developed almost two decades ago?

But the link between the two diseases may go deeper. The direct and indirect interplay between smoking and Covid-19 is something that is going to be explored in the upcoming 1st Africa Conference on Tobacco Control and Development taking place from 26 to 28 October.

The conference’s opening plenary session confronts the issue head-on and is titled Tobacco Control Landscape in Africa: Where have we been? Where are we? And where are we going? What is the relationship between tobacco use and Covid-19?

Another issue to be explored at the conference is Big Tobacco’s interference in tobacco control efforts.

The Tobacco Industry Interference Index (TIII) for South Africa, as well as the British American Tobacco exposés, cannot underscore this more. They show how daring this kind of interference is. Big Tobacco’s continued interference with tobacco control strategies, causing preventable deaths, is despicable. And what many do not know is that there is a range of guidelines for countries on how government officials should be interacting with the tobacco industry and what is not allowed. Tobacco companies take advantage of the fact that this is not widely known.

In countries that imposed cigarette and tobacco bans in the hard lockdown, policymakers must not lose gains made.

In South Africa, they must not ignore their duty to “urgently” pass into law the Control of Tobacco Products and Electronic Delivery Systems Bill (2018). The same goes for Botswana, where the 2021 Tobacco Control Bill (2021) awaits sign-off.

Africa-wide, a greater push needs to be made to ensure ratification and implementation of the Protocol to Eliminate Illicit Trade in Tobacco Products, which was signed by the South African government and many counterparts on the continent. A critical part of this is the adoption of an independent and effective track-and-trace system. South Africa, for example, has delayed this step since 2018. Other recommendations from the South Africa TIII are also relevant to many nations in Africa:

It’s hard to argue that we don’t need to prevent deaths wherever we can within health systems that have seen far too much trauma and dead bodies from the Covid-19 pandemic. And we can prevent deaths from both Covid-19 and tobacco-related diseases. In the case of tobacco, there is so much evidence for its harm, dating back decades, that we already have instruments to fight it in place — we just need the political will to actually use them. DM/MC