African youth, prey to the tobacco industry: Authorities must take measures to protect them and assure a radiant future for the continent.

This year, World No Tobacco Day is focusing on protecting the youth from tobacco industry manipulation and taking measures to ensure that they are protected from tobacco and nicotine use. This orientation provides the opportunity for tobacco control advocates to remind the world that tobacco kills half of its users. Consequently the tobacco industry regularly devices strategies to initiate new consumers and get them addicted. The tobacco industry only cares about the profit it makes from its products and not public health.

60% of Africans are below 24, and according to 2018 World Bank statistics, Sub Saharan Africa has a population of almost 1.1 billion. It is projected that by 2050, the continent’s population will grow to 2.4 billion and 35% of youths in the world would be Africans. With strict implementation of strong tobacco control measures hindering the tobacco business in some parts of the world, it is not surprising to note that Africa, with such a growing and very youthful population, and with a relatively low implementation
rate of tobacco control measures, is potentially a fruitful market for the tobacco industry.

Tobacco control efforts have gone a long way to keep the tobacco industry at watch, but the industry continues to devise new strategies to keep its business afloat. Exploiting the exuberance of young people in the continent, the industry sometimes out rightly goes against established policies even at the detriment of the health and wellbeing of the population. An ATCA study reveals that in Africa, children as young as six years old still have access to tobacco products at kiosks, grocery stores and from street vendors, and are targets of massive and very subtle cigarette advertising and promotion. Cigarettes are also widely retailed and sold in packs of less than 20 units, and flavoured tobacco products can easily be purchased by young people.

Important as it is, World No Tobacco Day 2020 and its focus of protecting the youth from industry manipulation and preventing them from tobacco and nicotine initiation will not create much of an impact if the public health community and especially the tobacco control community, governments, development partners and other tobacco control stakeholders, do not mobilize to expose, denounce and/or isolate tobacco industry interference initiatives, each in their capacity and mandate.

The strife to save the youth from tobacco industry manipulations is herculean, but concerted and properly coordinated actions will lead us to victory. Tobacco control advocates must ensure that young people know the truth about the lethality of tobacco products and intensify awareness among all segments of the population on the harms of tobacco products and nicotine. And while civil society mobilize support for tobacco control at national and international levels; and advocate for policy change, governments must fulfill their commitment by adopting and implementing strong protective measures that are in line with the provisions of the WHO Framework Convention on Tobacco Control (FCTC). Such measures must include amongst others; a comprehensive ban on tobacco advertising, promotion and sponsorship including cross-border advertising, an extension of current tobacco control policies to flavoured and new tobacco products, and the blocking of all forms of tobacco industry interference in tobacco control policies. Authorities must regulate social media which is prominently used by the African youth, and is heavily being exploited by the tobacco industry to widen its reach.

The tobacco industry has proven beyond reasonable doubt that it has no regard for public health. Even during this difficult moment when the world comes together to contain the spread of the COVID-19 pandemic, the industry is undertaking very non-ceremonial actions to keep its business booming. World No Tobacco Day 2020 therefore requires us to be even more vigilant and not relent our efforts in frustrating tobacco industry interference activities. The challenges are enormous, but together as a community, we will surely triumph. 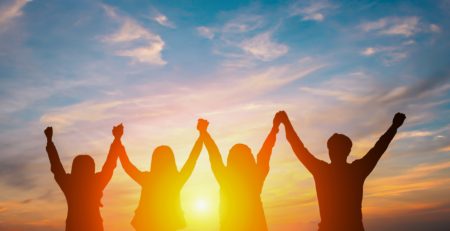 Victory against the tobacco industry in South Africa during the COVID – 19 pandemic: A source of inspiration for WHO Afro parties to uphold public health. 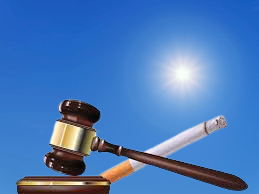 With the highest adult smoking rate in the Afro Region, Botswana urgently needs a strong tobacco control law to protect its citizens from the devastating effects of tobacco 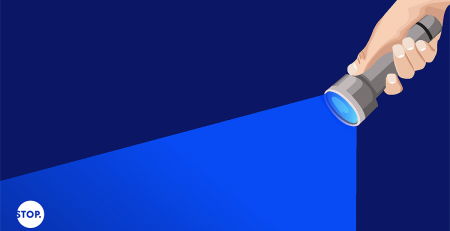 Africa must mobilize to stop the tobacco industry from exploiting the Covid19 crisis to grow its business.