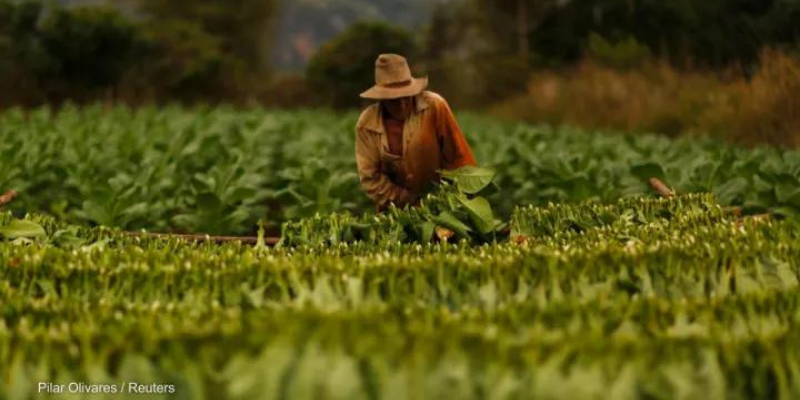 A new report from the World Health Organization and STOP, a tobacco industry watchdog, reveals how tobacco companies are trying to promote an image of being environmentally responsible while contributing to deforestation and environmental waste.

Big multinational tobacco companies donate to environmental causes, and even get high environmental, social, and governance rankings. Philip Morris International, for example, has received A-listing on climate change since 2014 from CDP, an international nonprofit helping companies disclose their environmental impact, and has prominently featured that on its website.

But the report reveals problems with ESG rankings. Analysts say they don’t generally focus on companies’ actual products or services, and companies often self-report but with no oversight. Such recognition gives tobacco companies a chance to promote a positive environmental image, which tobacco control advocates are challenging, saying it’s greenwashing.

“What we’re seeing at the moment is the tobacco industry is trying to tell you that it’s changing. It’s trying to argue it’s becoming sustainable, it’s becoming green. All you’ve got to do is look at their websites or their annual reports, [where] there’s pages where they’re bragging about them being sustainable,” said Andy Rowell, senior researcher at the Tobacco Control Research Group at the University of Bath, during an online event on Thursday.

“We haven’t specifically challenged some of those ratings or organizations before today, but today we are highlighting this massive discrepancy of tobacco companies being called climate leaders or sustainability leaders,” Rowell said. “Today is part of that conversation where we are raising awareness that all this narrative needs to be challenged.”

Rowell said tobacco has not only been causing harm to people, but also to the planet.

According to the report, cigarettes and new electronic products are causing environmental harm — from deforestation to waste. The 32 million metric tons of tobacco leaf grown each year to produce 6 trillion cigarettes emit and use an equivalent of over 80 million metric tons of carbon dioxide. Meanwhile, an estimated 1.5 billion hectares of forests worldwide have been lost since the 1970s due to tobacco growing and curing, which contributes to up to 20% of annual greenhouse gas increases.

About 4.5 trillion cigarette butts are also discarded each year and frequently litter beaches — which in turn harms marine life. According to the Truth Initiative, a tobacco control nonprofit, chemicals from a single cigarette butt have enough toxins to kill 50% of saltwater and freshwater fish that have been exposed to it for four days.

WHO and STOP are calling on governments, especially those parties to the WHO Framework Convention on Tobacco Control, to ban tobacco companies’ greenwashing activities, and calling on environmental and sustainability accreditation organizations “not to endorse industry greenwashing or provide awards to the tobacco industry.” 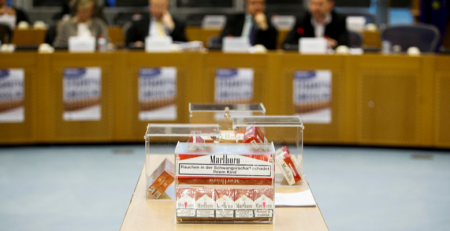