JOHANNESBURG – A striking NO to tobacco mural painted by pupils from Sharonlea Primary in Randburg has been announced as the winner of the Sibo Manqoba Schools Mural Art Competition.

The Johannesburg school was awarded the top honours after it beat other selected schools who were all asked to produce artworks in the form of murals or other creative pieces.

The overall theme of each entry was a requirement for the school’s teams of Grade 5-7s’s artwork to focus on “tobacco harm; why quitting tobacco makes you a winner; or how tobacco influences your school community and environment”.

The participating students’ artwork was also required to raise awareness of the harmful effects of tobacco and e-cigarettes, including harm done to the environment, a key theme of World No Tobacco Day this year.

The selected schools were then each designated four student ambassadors and a lead educator for the project to represent them as spokespeople and as anti-tobacco youth advocates.

The art competition is part of the National Department of Health “Sibo Manqoba!” tobacco education initiative.They have also joined forces with the Department of Environmental Health, other government departments as well as Protect our Next partner organisations for the educational campaign.

The Sibo Manqoba Schools Mural Art Competition was also supported by the City of Tshwane and the City of Johannesburg.

For their nominated wishlist of needs, Park Primary has decided to purchase technical and AV equipment.

Sharonlea Primary teacher Cheryl Ramdhani accepted the award on behalf of all educators, saying she believed the murals were the perfect medium for youngsters to express themselves.

“Through one of the most powerful means of communication, visual imagery or visual language, mural art communicates to large communities in a short space of time,” Ramdhani said.

“The competition has invigorated the inquiring minds in our learners and the imagery is a representation of all Sharonlea learners who are taking a stand against tobacco to shed light on its dangers and damaging effects on health and the environment, leading to climate change.”

She added that the mural was reflective of protest art and that it had become a thought- provoking and stimulating educational visual resource.

Meanwhile, Sharonlea principal, Judy Ayres, added that she believed that their pupils’ no tobacco message came across very successfully.

“Through these initiatives, together with curriculum expectations and the school policies, our learners are empowered to make smart choices,” she said.

“Learners going into the communities and changing attitudes is in line with our mission for the future.”

Park Primary principal, Nithia Govender, added that many parents smoked and this could affect their children’s attitude towards smoking,

“As educators, we have an obligation to warn these children.”

Govender also thanked Protect our Next for donating a springboard to deliver their anti-smoking message.

He said that the art competition was very tight, but that they had “‘outstanding learners who want to be given opportunities”.

“We want to call ourselves leaders. We are here because of irresponsible marketing and we would like the industries that are dealing with tobacco to play a part in building the nation and look for alternative business.

“‘Our message is that Zimbambele says no to tobacco, and yes to life.”

Meanwhile,student ambassadors and the educator from the winning school were inducted as Tobacco Control Champions, a programme championed by the Campaign for Tobacco Free Kids and led by the African Tobacco Control Alliance in Africa.

They will also be inducted as South African Tobacco Free Youth Forum advocates.

“Tobacco is a known threat to global health and we need to draw attention to all the other ways tobacco affects our environment throughout its lifecycle.”

“Out of the 8 million people who die from tobacco each year, 1.2 million don’t smoke but they still die, because they are affected by the smoke of others,” she said.

“There is also third hand smoke – when you’re in a place where others have smoked and you can smell the particles. You’re still affected.”

Egbe added that tobacco butts are made of 98% plastic and they do not decompose completely.

“Plastics are one of the highest pollutants and when the tobacco user tosses away the butts, you must remember there are 7 000 chemicals, 250 known to be harmful, with 65 of them known to be causing cancer. It affects our water and our plants.”

Dr Sharon Nyatsanza, deputy director of the National Council Against Smoking, added that to be most effective, school-based programmes must target youngsters before they initiate tobacco use.

“It is vital to reach younger children before they start smoking. More than 80% of smokers smoked their first cigarette in their teens, and most smokers wish they had never started.

“If we can make children fully aware of the risks, they can be better prepared for peer pressure and temptation, as well as understanding their right to be in a smoke-free environment.”

Nyatsanza added that research shows that many children and adolescents don’t understand the nature of tobacco and nicotine addiction and are unaware of, or underestimate, the important health consequences of tobacco use.

“We believe school programmes designed to prevent tobacco use could be one of the most effective strategies available to reduce tobacco use and can make a substantial contribution to the health of the next generation.” 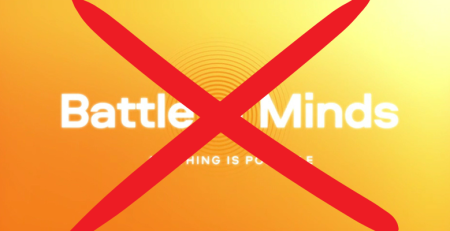