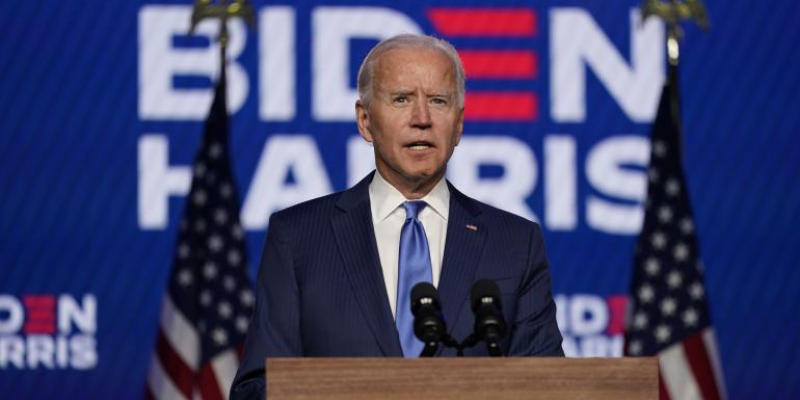 Will the new Biden administration choose science over politics? The commandment to “believe science” has become a rallying cry, one echoed by Joe Biden during his presidential campaign when he promised to “choose science over fiction.” If that is true, his new administration should embrace tobacco harm -reduction, a public health strategy that, instead of the abstinence-only-approach, seeks to reduce the death and disease caused by combustible cigarettes by allowing smokers access to lower-risk alternatives. It would be controversial with leaders in his own party. But, unless his commitment to science was just an empty slogan, Biden’s team should adopt tobacco harm reduction anyway.

As one of the original architects of the Drug War, Joe Biden isn’t exactly hip to the idea of government respecting adults’ choices while trying to mitigate the risks associated with those choices. However, in recent years he has endorsed certain policies that fall under the harm reduction umbrella, like cannabis decriminalization, safe sex education in schools, and methadone for those with opioid use disorders.

Undoubtedly, what persuaded Biden to these positions was the growing progressive movement within the Democratic party, a faction that has long advocated harm reduction policies over criminalization. They recognize that advocating abstinence doesn’t work. They understand that giving people ways to reduce their risks, like condoms, birth control, clean needles, supervised injection sites, methadone, and mental health care, improves public health more than incarcerating or stigmatizing them. Progressives get harm reduction. That is until it comes to tobacco harm reduction.

In 1976, tobacco research Michael Russell famously observed that “people smoke for nicotine, but they die from the tar.” Since then, many attempts have been made to turn that observation into life-saving alternatives. Nicotine patches, nicotine gums, and even the nicotine inhalers of the 1990s are all based on the principle that if smokers can get nicotine without smoking, billions of lives could be saved. Unfortunately, these alternatives don’t work for most smokers; they find them unsatisfying and eventually return to cigarettes. Then along came e-cigarettes.

When modern electronic cigarettes first emerged on the global market, they were greeted with cautious optimism from both consumers and many in the research field. Even before long-term studies confirmed the relative safety of e-cigarettes, the underlying principle—nicotine without combustion—was sound. And, unlike other therapies, smokers weren’t begrudgingly trying e-cigarettes; they were enthusiastic about “vaping.” But, as that enthusiasm increased, so too did hostility toward the products, their purveyors, and their users.

In the beginning, concerns raised by groups like the Campaign for Tobacco-Free Kids, the American Lung Association, and the World Health Organization sounded reasonable. More research was needed. Policies also needed to be established to govern marketing and age restrictions in an attempt to minimize youth access and interest. But the anti-smoking lobby got what they asked for and more.

Hundreds, if not thousands of studies have confirmed that the products are far lower risk than smoking (similar in risk to nicotine replacement therapies), highly effective for smoking cessation, and not a “gateway” for youth smoking. In fact, in the years since e-cigarettes emerged, both adult and youth smoking have hit historic lows. And wherever e-cigarettes or other non-combustible alternatives gain traction, declines in cigarette sales and smoking accelerate. None of that has tempered the opposition to e-cigarettes. On the contrary, the more science has invalidated early fears about e-cigarettes, the more fanatical opponents have become. And it is progressive Democrats, almost exclusively, at the forefront of efforts to ban these life-saving smoking alternatives.

Anyone moderately familiar with history knows that prohibiting behaviors deemed “risky” doesn’t stop people from engaging in those behaviors or protect them from risk. More often than not, bans make “risky” behaviors more dangerous—especially for already marginalized groups. Preserving individual freedom, curtailing illicit markets, and preventing discriminatory enforcement are among the main reasons progressive lawmakers support ending cannabis prohibition. There is enough evidence on cannabis’ relative safety and the harms caused by the drug war for these lawmakers to endorse legalization over criminalization. Yet, even though the research literature on e-cigarettes is arguably more robust than for cannabis, these same lawmakers continue to push for increasingly restrictive rules that would criminalize the sale, distribution, and possession of most—if not all—nicotine vapor products.

This double standard has led to some comical feats of pretzel logic. For example, when the San Francisco board of supervisors attempted to ban “vaping” in apartments—supposedly to protect neighboring residents from “secondhand vapor”—they were forced to exempt cannabis vaping and cannabis smoking in order to keep the ordinance alive. Is there evidence the byproducts of vaping nicotine are worse than those produced by burning a joint? The answer is: It doesn’t matter because the measure had nothing to do with science. It was based on politics and morality.

In New Mexico, progressive politicians increasingly favor legalization or, at least, decriminalizing cannabis, like state Rep. Joanne Ferrary, who said decriminalization was necessary because “we have too many people that are in prison for drug abuse issues.” Ferrary’s colleague, state Rep. Liz Thomson, has also voiced support for cannabis legalization, calling it an “opportunity to diversify our economy.” Yet, these two lawmakers co-sponsored a bill that would criminalize the possession of any non-tobacco flavored e-cigarette. Is there any evidence to suggest enforcement of such a ban would be any less discriminatory than criminalizing cannabis? Of course not, but again it doesn’t matter because the science is not what is driving such policies.

President Biden seems to recognize the contradiction in his party’s approach to the two issues. People close to then-candidate Biden noted that “liberals talk about trusting science on everything from climate change to wearing masks—and, notably, wanted vaping restricted because the health effects were unclear—but are willing to let that standard slide here because they want marijuana to be legal.” But Biden himself has said very little on either issue.

In one Q&A session during his campaign, Biden did note that as president he would ban e-cigarettes if the science demonstrated they were harmful, but left himself some wiggle room by declaring a “study’s not been fully done yet” on this issue. There is now a virtual mountain of research on e-cigarettes. His error is understandable; one wouldn’t expect a presidential candidate to be deeply versed on the research literature on a fairly niche issue like vaping. But now that he is president, he will be compelled to assess the evidence and decide how to approach the topic. One can only hope that his administration truly will “follow the science” and not succumb to the moral panic that has afflicted much of his party.