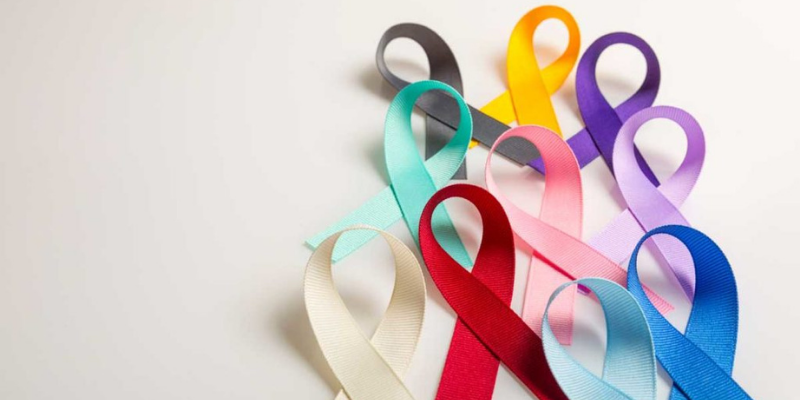 This World Cancer Day, we face a grim reminder: Not all people have equal access to cancer care. It’s called the care gap, and it’s caused by inequity.

Inequity, as the Union for International Cancer Control (UICC) defines it, means “unjust, avoidable differences in care outcomes.” These differences are often caused by things people don’t choose, like how much money they make, what kind of health care is available to them, where they live, their ethnicity, race, gender or sexual orientation. These characteristics can influence if and when a person needing cancer care can actually get it.

Inequity in care is preventable. The theme of World Cancer Day 2022 is “Close the Care Gap.” The UICC calls on all of us to recognize these care gaps and fix what causes them, so that everyone can get the cancer care they need when they need it.

The World Health Organization (WHO) reports that tobacco use is responsible for 25% of all cancer deaths worldwide. These deaths bring immeasurable grief to families and loss of productivity to societies. The tobacco industry is a driving force behind this. Historically, tobacco companies publicly denied links between tobacco use and cancer, and even hid their own research showing this link, while they watched cigarette sales climb. Even today, with the knowledge that tobacco use is linked to at least 20 different types of cancer, companies like Philip Morris International, British American Tobacco, Imperial Brands and Japan Tobacco International together make and sell trillions of cigarettes and other tobacco products every year.

People shouldn’t have to face tobacco-related cancers, nor the subsequent inequities that keep them from getting proper care. The good news is that tobacco use, as a risk factor for cancer and catalyst of inequity, is entirely preventable. But Big Tobacco stands in the way of meaningful reductions in tobacco use that could save countless lives and help close the care gap for some.

The tobacco industry targets those who may already face inequity

Many of the same groups of people the tobacco industry has targeted are also groups the UICC identifies as facing inequities in cancer care. By trying to get people in these groups addicted to their deadly products, the tobacco industry is making cancer-related inequity worse.

For example, the industry targets people in low- and middle-income countries (LMICs). Today, more than 80% of the world’s tobacco users live in LMICs, where governments tend to spend about 100 times less on health care per capita than governments of high-income countries (HICs). Big Tobacco targets youth and fights anti-tobacco policies in countries that have a lower density of health care workers and hospital beds than HICs and where people generally have less access to health services.

Racial minorities across the globe are another group of people who face inequity in cancer care, according to the UICC. There is considerable evidence that Big Tobacco has used predatory marketing tactics to lure people in these groups into sustained tobacco addiction. Māori people in New Zealand have significantly higher rates of smoking than non-Māori, with Māori women smoking at a rate nearly three-times higher than the general population. Now Philip Morris appears to be targeting Māori with its addictive heated tobacco product, IQOS, offering free trials and discounts. And in the United States, predatory marketing to Black, Hispanic and Native American communities is well-documented.

Members of the LGBTQ community may also experience cancer care inequities. They’ve also historically been a target of the tobacco industry. While many tobacco companies purport to celebrate and support members of the LGBTQ community, historical internal documents, such as R.J. Reynolds’ 1995 marketing strategy “Project SCUM,” which sought to reach gay men and people experiencing homelessness, suggest otherwise.

Not only does Big Tobacco target the very people who may face barriers to cancer treatment, it fights measures that could reduce tobacco use and therefore lessen these barriers.

Tobacco addiction, for example, can lead to financial distress, when money that’s needed for basic necessities is used to pay for tobacco instead. Sustaining a tobacco addiction can place undue financial burden on families with low incomes and keep others in poverty—a known cause of cancer care inequity. Raising taxes on tobacco products is an effective and cost-efficient way to reduce tobacco use, which could in turn reduce financial hardship that contributes to cancer care inequity. The industry, however, fights tax increases, including in LMICs where a 10% increase in tobacco prices could reduce tobacco consumption by about 5%. This is especially problematic, as such increases could bolster domestic tax revenues and help fund health care, including cancer care.

It also fights to preserve the things that can make tobacco appealing, such as flavors and menthol, glamorous advertising and sleek packaging. Successfully banning or regulating these elements could help reduce tobacco consumption which could, in turn, reduce the number of people needing to seek care for tobacco-related cancers. Yet in the face of flavor bans, the industry has delayed implementation and exploited loopholes in regulation. Despite various marketing and promotion bans, it finds new ways, including in motor sports and on social media, to market to youth, and argues against effective graphic pack warnings that inform consumers about the proven tobacco-related cancer risks.

According to WHO, strengthening tobacco control policies around the world could reduce cancer deaths by 25%. These policies include raising tobacco taxes; instituting smoke-free policies; implementing tobacco advertising, promotion and sponsorship bans; and requiring large graphic health warnings on packages—just to start. To help enact these measures, governments must implement Article 5.3 of the WHO Framework Convention on Tobacco Control to help keep the tobacco industry from interfering.

The less influence the tobacco industry has on governments and people, the fewer tobacco-related cancers the world might see, and the closer we’ll get to closing the cancer care gap.