On Tuesday May 28, 2019, the Constitutional Court of Uganda dismissed a case initiated by British American Tobacco Uganda Limited, challenging the enactment of the Tobacco Control Act of 2015. BAT, which filed the court case on November 30, 2016, stated that certain provisions of the Act are inconsistent with Uganda’s constitution as they interfere with the right to practice trade.

The judges asserted that provisions of the Act, including graphic health warnings, and the prohibition of smoking in public places, and sale of tobacco products to minors are not inconsistent with the Ugandan Constitution as alleged by BAT.

As the judges rightly noted while passing Tuesday’s verdict, tobacco companies recognise the negative impact of consumption of their products and use their resources to fight public health policies. Filing this case was indeed part of BAT strategy to undermine legislation on tobacco control and increase its market globally.

The African Tobacco Control Alliance (ATCA) agrees with the judges that all citizens need to be protected from the adverse effects of tobacco use and this can only be achieved by adopting and implementing strong tobacco control laws.

This verdict is proof of Uganda’s commitment to prioritise public health over the vested interest of the tobacco industry which is historically known to use unorthodox means to block or undermine the adoption and implementation of strong tobacco control laws. It sets an example for other African judicial bodies on their role in defending the rights of people, putting public interest and the constitution above any vested interest.

ATCA joins the tobacco control community in Africa to congratulate the judges for affirming that the Tobacco Control Act 2015 protects the health of citizens and there is nothing unconstitutional about it. Our appreciation also goes to the government and civil society organisations of Uganda for their relentless effort to establish the legislative framework for a comprehensive tobacco control strategy. 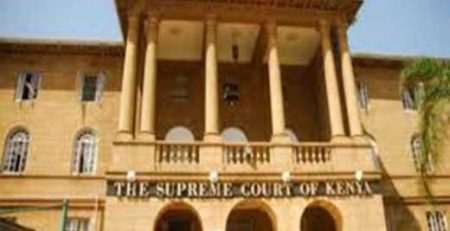