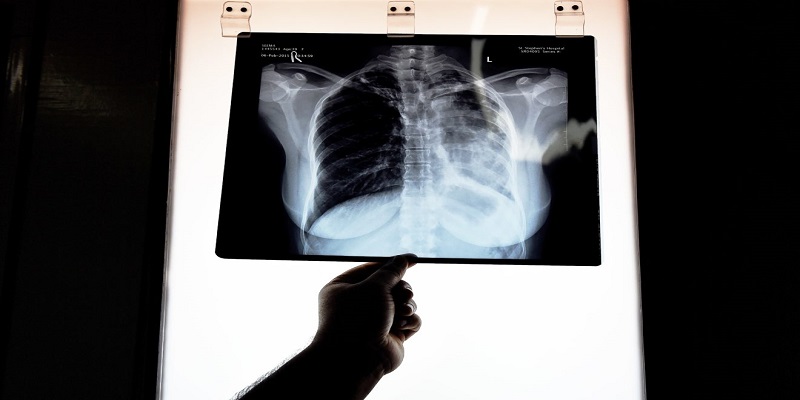 Companies who made fortunes selling damaging and addictive cigarettes are making fresh moves into health care.
Philip Morris International (PMI), the Swiss-American maker of Marlboro cigarettes, has bought two drug firms in the last month and on Thursday won support to purchase the sizeable British biotech Vectura. With its expertise in respiratory drugs, Vectura is one of the U.K.’s success stories when it comes to developing new inhaled treatments for conditions such as asthma and chronic obstructive pulmonary disease — debilitating conditions known to be caused by smoking cigarettes. Despite the companies’ divergences, the Vectura board on Thursday backed the PMI offer after the tobacco company outbid a rival contender.

While Big Tobacco has for many years promoted smoke-free tobacco and nicotine products, seeking to polish its image and diversify as countries clamp down on smoking, campaigners and health groups say this latest move is a leap too far.

It’s an example of “the circular economy going the wrong way,” said Gail Hurley, U.K. and Europe director at Tobacco Free Portfolio, which unites finance firms that have pledged not to invest in the tobacco industry. Not only will tobacco companies profit from selling cigarettes but also from treating the diseases they cause, she said.

PMI is not the only tobacco firm branching out into pharmaceutical territory. British American Tobacco (BAT) has a biotech subsidiary in the U.S. — Kentucky BioProcessing — which last year launched early clinical trials for a COVID-19 vaccine.
While BAT is using tobacco plants to grow vaccine antibodies, PMI is acquiring respiratory drug companies to build on its own smoke-free products as well as expand into a portfolio of therapeutic medicines.
It’s “highly unethical” to profit twice by getting people addicted to smoking and then treating their subsequent disease, wrote the European Respiratory Society in a letter to the U.K.’s Health Secretary Sajid Javid and Business Secretary Kwasi Kwarteng lobbying against the Vectura deal.
Arguing that the U.K. government should not allow the purchase to go ahead, the society said its 35,000-plus members considered the deal “appalling.”
The takeover bid presents a “real prospect that PMI will use this acquisition to legitimize tobacco industry participation in health debates within the U.K,” wrote the chiefs of Asthma U.K., the British Lung Foundation, Action on Smoking and Health (ASH) and Cancer Research U.K. in a separate letter to the government.

“While this is primarily a commercial matter for the parties concerned, the government is monitoring the situation closely,” a U.K. government spokesperson said.
In a response to the concerns raised by the health groups, a spokesperson for PMI said: “There are critics of the transformation of the tobacco industry, however, PMI has been very clear about our strategy to leave cigarettes behind.”
The company aims to generate 50 percent of its revenue from smoke-free products by 2025 and is targeting at least $1 billion from non-nicotine products that year. “That is what the Vectura acquisition is all about,” the spokesperson said.

A new look
On its website, PMI’s transformation dominates the newsreel.
Smoke-free products yielded virtually no revenues for the company in 2015 but they accounted for nearly a quarter of sales in 2020. The company is committed to “completely replacing cigarettes as soon as possible,” a shareholder letter stated last year.

The tobacco company makes no secret of its strategy: The aim of these deals is to leverage pharma expertise and capabilities in inhaled technologies and respiratory health, an area that cigarette companies have themselves also spent decades building expertise in.

Philip Morris began trading in London in 1847. Despite being linked to lung cancer as early as the 1920s, it wasn’t until the 1950s that a causal link to smoking was determined.
In the 1970s and 1980s, countries began imposing smoking deterrents such as higher taxes, health warnings on packaging and limited advertising. But these measures are predominant in rich countries; tobacco advertising remains inescapable in many lower-income countries and there are still over 1.3 billion tobacco users worldwide.

Although Big Tobacco has taken a side-step into new nonburning nicotine products such as vaping, cigarettes still generate the vast bulk of their revenues. However, the industry knows that will change.
“With regulators and tobacco ambitions increasingly aligned, in many countries, no smokers within a generation could become a reality,” said Owen Bennett, an analyst at U.S. investment bank Jefferies, in March.
Tense history
There could be three main reasons for PMI’s pharma moves, said Adam Barker, an analyst at Shore Capital.
The first is to gain access to technology and know-how in the inhaled-drug field. The second is to offset the health effects of smoking, “like a natural hedge against the impact of your products.” And the third is to carve out a totally new business to protect the company’s revenue as cigarettes — and potentially vapes — decline.

The latter would be a “really big shift,” he said. But if you consider the long-term outlook for these companies, he said, it could make sense.

PMI is adamant it intends to have a positive impact on society and on people’s health, promising to “be far more than a cigarette company.”

Health groups aren’t buying it. PMI’s “words have to be backed by actions,” said Hurley from the Tobacco Free Portfolio, “and the reality is, these are companies that derive the vast majority of their profits from products that kill their customers.”

Given that PMI has “actively worked to block regulatory changes” on tobacco sales, she said, “the idea that they’re in the same vein [as] health and wellness companies, is really not credible.”
When asked to comment on the criticism that its biggest-selling products cause many of the diseases that Vectura’s drugs treat, PMI did not provide a direct response.

Next steps
PMI on Thursday outbid U.S. investment Carlyle Group. Once the PMI offer document is published, shareholders can start to accept the offer. The takeover offer will be open for a minimum of 21 days but PMI can extend it further.
The British government could block the takeover only on very strict legal grounds, which include a provision related to public health emergencies that was added in 2020.
The opposition Labour Party argues the government could use this clause to stop the purchase given Vectura’s work in developing drugs for respiratory conditions, which includes a potential treatment for COVID-19. “On this basis there are clear grounds to block this deal,” the party wrote to the government.

That could be possible since the condition has been “very widely defined,” said Paolo Palmigiano, a competition lawyer at Taylor Wessing in London. But if that doesn’t happen immediately, there’s a second option for the government to retrospectively block the deal, he said.

That’s under a new National Security and Investment Act that comes into force in January 2022, covering critical sectors including synthetic biology. This backdates to deals from the recent past “so in theory, they can call in for review [next year], even if they complete [now],” Palmigiano said.
Jonathan Ashworth, Labour’s shadow health secretary, said: “Philip Morris’s attempted takeover of a key player in lung health products beggars belief. It is bitterly disappointing that Vectura have so far failed to exercise duty of care to patients and scientists and reject this takeover by big tobacco. This is now a test for Sajid Javid.”