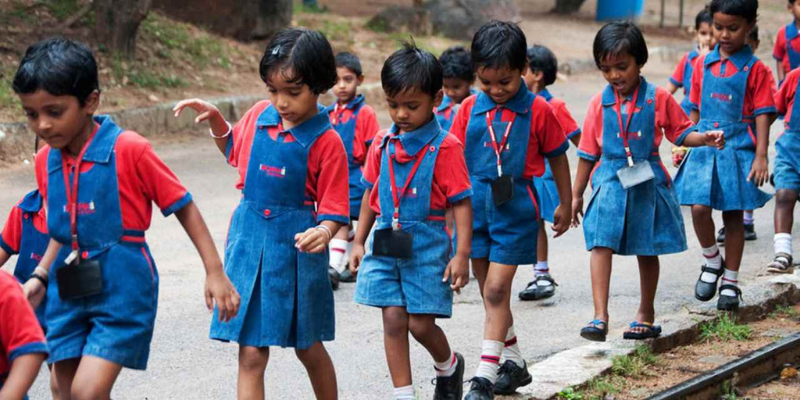 The study, between 2010 and 2018, noted that the prevalence of smoking cigarettes at least one day over a 30-day period was approximately twice as high at the age of 15 as compared to 13 years in both boys and girls

Despite an overall reduction in cigarette use over the last 20 years, nearly 1 in 5 boys (17.9%) and more than 1 in 10 girls (11.5%) around the world consumed tobacco at least once, over a month-long period, between 2010-2018, according to a new study published today in The Lancet Child & Adolescent Health journal.

Tobacco use kills more than 8 million around the world every year and can lead to cancer, heart and lung diseases, chronic obstructive pulmonary disease as well as affect fertility. Use of tobacco products among adolescents and children is a big part of the problem, as most adult smokers start in adolescence or childhood.

In the new study, the authors looked at data mined during the Global Youth Tobacco Survey between 1999 and 2018 to assess trends in prevalence of tobacco use. All countries featured in the global study did at least two surveys, resulting in the inclusion of 1.1 million child tobacco users, mostly aged 13 to 15 years, across 140 countries between 1999 and 2018 and 530,000 adolescents from 143 countries between 2010-2018.

Prof Bo Xi of Shandong University in China, who is the lead author of the study, said, “Cigarette use may have decreased in the majority of countries in the study, but there are still large numbers of young people smoking. The fact that in many countries, the prevalence of using non-cigarette tobacco products is higher than, or as high as, the prevalence of cigarette use, shows us that there is still a lot of work to do. The need to strengthen tobacco control efforts, which include specific policies for different tobacco products and a focus on health education for adolescents globally is more important than ever.”

Despite ban, 51 mn in India were able to buy gutka

Dr Pankaj Chaturvedi, deputy director, Tata Memorial Centre (who was not involved in the study) told The Indian Express that India has a unique problem of smokeless tobacco and Areca Nut (gutka) use. The country has a very powerful law, attracting rigorous imprisonment of those selling tobacco to minors. However, it is hardly implemented. The sale of loose cigarettes is rampant, he said. “Our enforcement machinery has failed to curb it effectively,” Chaturvedi told this daily. He added that there were significant improvements to the Global Adult Tobacco Survey -1, including a 17% relative decline in tobacco prevalence. According to the report of the GATS-2- survey, which featured a household study of 74,037 persons, aged 15 or more, in all 30 Indian states and two Union Territories in 2016-17, tobacco use among 15-24-year-olds showed a relative reduction of 33% and for 15-17-year-olds, the decline was at 54%. While it also noted a decline in second-hand smoke exposure in public places (6%) and at home (13%), there was no decrease in workplaces. However, it flagged areas of concern as it showed that 68% of smokers, 17% of bidi smokers, and 50% of smokeless tobacco users purchase loose tobacco. It added that as much as 30% of those who work indoors are exposed to second-hand smoke. Despite a ban, 51 million people in the country were still able to buy ‘gutka’ during this period, Chaturvedi said. The first GATS survey was conducted in 2009-’10.

Cancer is the second leading cause of death and one in 8 men and one in 11 women die of it worldwide. The number of people diagnosed with cancer reached 19.3 million in 2020, while the number of those dying from the disease increased to 10 million the same year, according to the World Health Organisation (WHO). The Covid-19 pandemic, which disrupted global healthcare services, also contributed to the staggering number. A WHO study in 2020 indicated that treatment for cancer had been disrupted in more than 40% of countries surveyed. Speaking to this newspaper, Prof Anil D’Cruz, president, Union of International Cancer Control for the 2020-2022 term, admitted that Covid-19 led to impacted cancer control measures. Patients had concerns about seeing their doctor or going to the hospital for fear of the contagion, D’Cruz said, adding that while cancer support groups implemented novel approaches, it could not replace human interaction.

According to data mined by the International Agency for Research on Cancer (IARC), part of WHO, on the prevalence and deaths from cancer in 2020, breast cancer is now the most commonly occurring from of the disease being reported globally. It accounted for 11.7% of new cases, followed by lung cancer at 11.4%, colorectal cancer at 10.0% and prostate cancer at 7.3%. Cervical cancer is the fourth most common form of cancer in women, the study noted. “Cancer must remain a top priority of global health agenda,” D’Cruz said. The World Cancer Day on February 4 will turn the spotlight on the global cancer community even in the backdrop of Covid. “We will be advancing the theme ‘I am and I will’ – a reminder that each person can play a role in reducing the impact of cancer,” D’Cruz said.