Accueil » Blog » Tobacco Control and The WHO – Smoke, Mirrors and Wishful Thinking 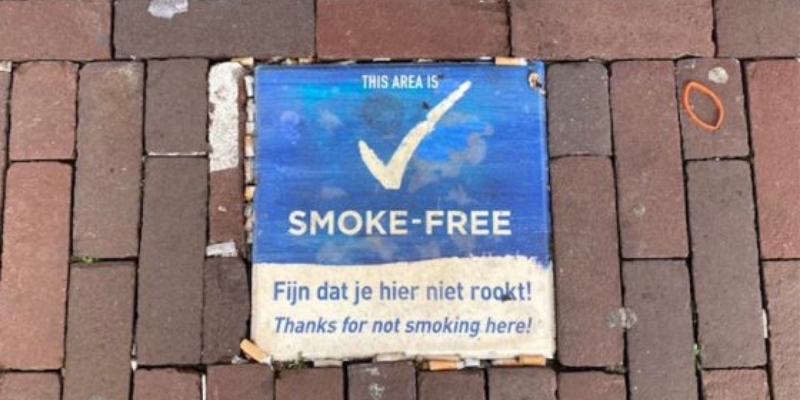 The perils of Tobacco are widely known and undisputed. Unlike other risky habits, there is simply no safe way to consume tobacco. Yet, we do. And only for the Nicotine.

Consider this – Smoking a cigarette for the nicotine is like drinking sewage for its water content. It’s in there, no doubt, but there are far safer – not to mention tastier – ways of getting both nicotine and water.

The 2025 target set under the WHO Global Action Plan for the Prevention and Control of Non-communicable Diseases 2013–2020 specified that countries should strive to achieve not just a 30% reduction in tobacco use prevalence using 2010 level as baseline, but a 30% RELATIVE reduction compared to levels at 2010. In absolute terms that’s less than 7% reduction. While we have over 8 million people dying each year (~1.35 million in India alone) due to tobacco, the WHO and affiliated tobacco control groups rush to congratulate themselves for being perennial under-achievers.

The total number of Tobacco users in India is estimated at 267 Million. An estimated 8.1 million quit tobacco over 7 years is very encouraging. The statistics ignore the fact that Tobacco use, especially smoking by men, is rising and this has been explained away as population growth. Concurrently, women users have fallen precipitously and this has led in-turn to the overall reduction in numbers. Public health researchers will tell you that it is difficult to obtain accurate information about taboo topics like tobacco from women users – many numbers are extrapolations and can sometimes be misleading. Do I think the numbers are wrong? – I sincerely hope not, as I am all for people quitting tobacco, and the more the merrier, but I wish I was more certain.

For every person that quits tobacco in India, there are over 90 who don’t. While high, these statistics, do not capture the numbers of others who go through years of disease and disability.

“End-Game” for Tobacco by 2045 is not a new idea. But – Bans just don’t work! Evidently, we have refused to learn otherwise, whether from history (USA, bootlegging of alcohol) or the present day (Gujarat, alcohol; Bhutan, cigarettes etc.) By obscuring the problem, a thriving illicit market develops instead.

The E-cigarette / ENDS (Manufacture and Sale) Ban in India was similarly doomed from inception. What it has ended up doing is push the whole business underground with no rules or regulations, age checks, quality checks and certainly no safety in sight. E-cigarettes are a proven means to quit more harmful cigarettes, especially considering the poor success rates of Nicotine gums / lozenges / patches that just don’t address the behavioral aspects of smoking.

A recent article attributed all the gains of tobacco control to the mass education campaigns of the 1960s and cited The law of diminishing returns to explain the poor progress ever since.

People worldwide continue to use dangerous tobacco products. All this just for the Nicotine.

But as mentioned, there are safer ways to get Nicotine and it is high time we recognize the potential of Tobacco Harm Reduction to not just save lives, but also reduce the burden of disease, lost man-hours and disability. For instance, Swedish Snus has displaced smoking in Sweden with net gains for public health. Heated Tobacco Products have led to an over 30% slump in cigarette sales in Japan. Youth vaping in the USA were concurrent with very low smoking rates and these rebounded after the EVALI episode (cigarette sales shot up, vaping went down thus demonstrating that vaping is a true substitute for smoking)

In India, where a larger proportion of tobacco users is hooked onto Smokeless Tobacco (Gutka, Khaini etc.) as compared to smokers, the inexplicable thrust of Tobacco control continues to be primarily on cigarettes. For perspective –21.4% of our population uses Smokeless Tobacco, 7.7% uses Bidis and 4% uses cigarettes. For a total of nearly 30% (with some dual-use between Bidis and SLTs) on a spectrum of tobacco harm, bidis are the deadliest, with Indian SLTs close behind

Is this disproportionate focus on cigarettes really due to the fact that SLTs and Bidis are primarily used by the Socio-economically disadvantaged, the marginalized, the invisible majority? – not an unreasonable assumption.

The opportunities afforded by Harm Reduction can be the game-changer, especially for our SLT using brethren – they can ill-afford the expense of healthcare or lost hours at work. Unfortunately, the gums and lozenges available in our country are far too expensive and remain out of reach.

Tobacco control organizations have become mired in the “hows” and have lost sight of the “whys” – we have a common goal. Let’s join hands to save lives and improve public health.