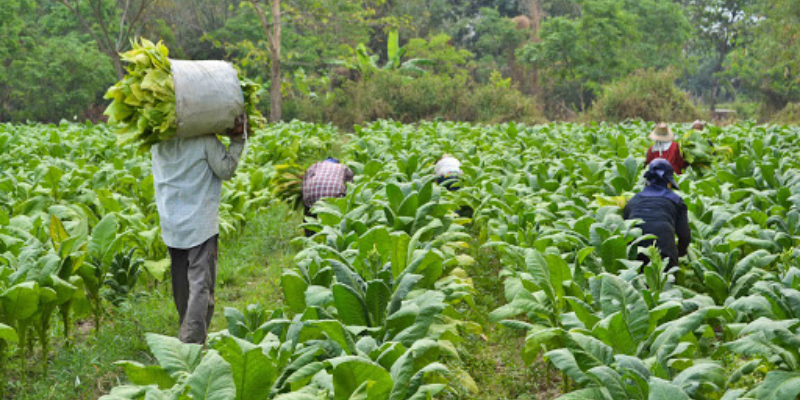 The bill seeks curbs on advertising, promotion and sale of cigarettes

The Federation of All India Farmer Associations (FAIFA) has appealed to Prime Minister Narendra Modi not to go ahead with the COTPA Bill, which will boost the illegal cigarette trade in the country.

This, in turn, would adversely impact the domestic demand for the home grown tobacco and incomes of the tobacco farmers in the country.

“The government is circulating the draft bill for feedback. We request the government to withdraw the bill and not to get influenced by the international non-governmental organisations that are misrepresenting facts to promote the interest of vested groups,” said Murali Babu, General Secretary of Federation of All India Farmer Associations (FAIFA). He said the illicit cigarette trade is causing a loss of ₹1,300 crore every year to the tobacco farmers in the country.

The FAIFA has submitted memorandum to the Prime Minister and Ministries of Health, Agriculture, Commerce and Labour, urging them not to go ahead with the bill.

The bill seeks to make efforts to eliminate all direct and indirect advertising, promotion and sponsorship concerning tobacco. It also calls for curbs on promotion, distribution and sale of cigarettes. Violations would attract a jail term and fine.

“The Government has imposed harsh tobacco regulations such as increasing the size of pictorial warnings, punitive taxation on cigarettes and withdrawal of export benefits,” Javare Gowda, President, Federation of All India Farmer Associations (FAIFA), said. These moves have severely impacted the incomes of tobacco farmers, who don’t have viable alternatives in the dry and arid regions.

The association pegged the total loss due to the illicit cigarettes in the last years at ₹6,000 crore. The legal cigarettes’ share of total tobacco consumption in the country declined from 21 per cent in 1981-82 to 9 per cent in 2019-20.

The association, however, argued that the stringent regulations did not stop the overall tobacco consumption from growing. It, in fact, grew by 46 per cent during the period.

“The harsh amendments will terrorise retailers and traders and they would not want to engage in the sale of legal cigarettes. As a result, criminal syndicates who have been pushing illegal tobacco will gain ground and will flood the Indian market with illicit cigarettes,” Javare Gowda contended.