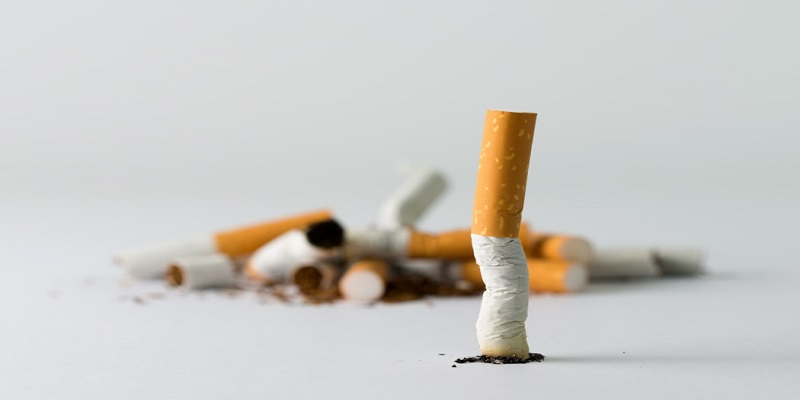 The residents and local leaders in Arua district have asked the government to consider imposing a total ban on Tobacco in the country.

The call was made during an orientation meeting for councilors and journalists of Arua district on enforcement of the Tobacco Control Act 2015.

The meeting was organized by the officials from the department of Tobacco Control in the Ministry of Health at Crane Resort Hotel in Arua City on Monday.

During the meeting, the call for the government to impose a complete ban on tobacco production, sale and consumption was intensified on grounds that the enforcement of the Tobacco Control Act has failed, six years down the road.

“Tobacco Control Act became a law in 2015 but its enforcement started in 2016 meaning the law has been in existence for six years now. However, for all these years, the government has failed to implement the Act. You will find that the people who were supposed to enforce this law are the ones abusing it,” Robert Ariaka, a resident of Ayelembe in Vurra Sub-County Arua district said.

Ariaka observed that people who are supposed to enforce the law such as the local leaders, health workers and some security personnel are the ones seen smoking and protecting people who deal in tobacco thus making its enforcement very difficult.

“As a result, my view is that let the government amend the law and impose a total ban on Tobacco. This will relieve people from the dangers associated with tobacco in this country,” Ariaka recommended.

Norman Cwinyaai, the Arua district surveillance focal person concurred with Ariaka on the call for complete ban on tobacco, saying the move will save the country from spending exorbitantly on treatment of tobacco related illnesses.

“The truth of the matter is that the danger of this tobacco to the entire population in West Nile is actually beyond these companies which are paying the country in terms of taxes. We are all here in the country to improve on people’s lives and therefore, if we can’t stop something which we know evidently that is going to kill people, then in a way, we are actually telling the population or the world that we don’t care; if they don’t take care of themselves, let them die,” Cwinyaai said.

“I’m saying this because at Meridian Tobacco Company, there are so many people living in that area and if you take the whole sub-county, you will find that probably 2km square or even 2km square miles – when the wind blows this way, you will definitely smell tobacco and there are some people who are even staying closer,” Cwinyaai added.

Cwinyaai said there are actually standards that are to be observed while establishing tobacco factories, but he wondered why the smoke and effluent emanating from Meridian Tobacco Company factory in Arua district still goes into the public hence polluting the environment and affecting people’s health.

“These people who are growing tobacco in Uganda or who are manufacturing tobacco in our region I don’t know whether in any other parts of the world they can’t go in order to grow tobacco in West Nile for all these years, why?” Cwinyaai asked.

“Just sit somewhere by the roadside and begin counting the number of mad people on our streets here. It will not take you more than one hour when you have not seen more than five mad people walking and bypassing, and they started by smoking tobacco. So, if within a short time you have this, what about in the entire region what do we have? For me as a person, I would really say that a complete ban on tobacco would be the best thing to do,” Cwinyaai retaliated.

Dr. Denis Male, a tobacco control researcher who also doubles as a Lecturer at Makerere University said the World Health Organization (WHO) in collaboration with different ministries around East Africa have been trying the growth of beans and demonstrated to farmers that indeed even basic beans create more profits than tobacco.  He said it has been implemented in Kenya and showed positive results.

“The center for tobacco control in Africa which is based in Kololo, Kampala in the recent past came up with an alternative livelihood strategy to try and save communities that are primarily rooted in tobacco growing. So, as I see your concern already and it is part of the reasons that this group is here, making sure that you guys realized that actually tobacco is not good for you,” Male stated.

Tobacco is the only known product which kills half of its users and it is also the only legal product that kills non-users (Passive smokers).

Reports indicate that a cigarette when lit contains over 7000 chemical compounds with at least 250 being harmful and 70 known to cause cancer.

The Uganda Demographic Health Survey 2011 report shows that smoking prevalence is high in West Nile at 33.7 per cent which implies that the expenditure on tobacco products significantly impacts on the regions that grow it.

In Summary When consumed in high levels, nicotine can lead to... read more