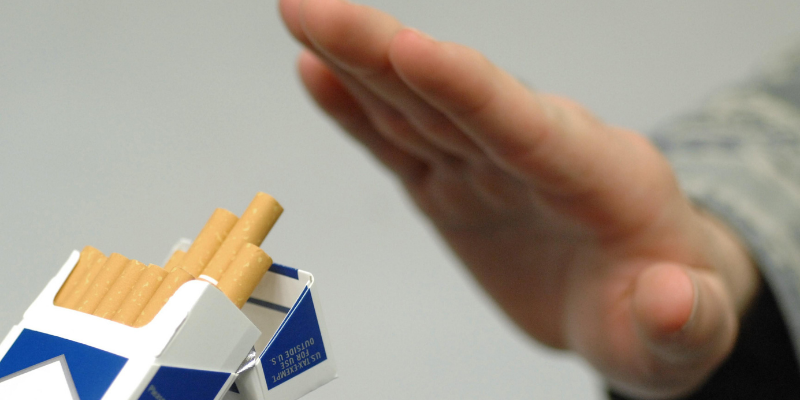 Public health experts were alarmed by September’s news that Ghana’s Revenue Authority (GRA) had inked a major five-year contract with British security printing company, De La Rue. The tender aimed to create a track-and-trace tax stamp system to combat the lucrative illicit tobacco trade, which costs governments around the world an estimated $40 billion annually; in Ghana, illicit products make up about 20-30% of the tobacco market.

Such a track-and-trace system could be a powerful tool, but after De La Rue took the tender home, doubts began to surface that key parts of the system might not be directly provided by the company. For one thing, media reports suggest that De La Rue may not have the best track record of implementing these schemes in other countries. Indeed, when the British group was entrusted with tracking and tracing tobacco in its home country, it outsourced it to IT giant Atos, a longstanding tobacco industry partner. Once this daisy-chain was uncovered, alarm bells began ringing for watchdogs in the sector, since one of the World Health Organization’s fundamental requirements for providers of anti-illicit trade systems is that they are completely independent of the tobacco industry—a sector which has repeatedly been found complicit in the smuggling of its own products.

Local newspapers raised further red flags, suggesting that the GRA awarded the tender to the controversial British company in breach of public procurement regulations regarding transparency. In particular, the Business & Financial Times (B&FT) of Ghana recently raised concerns over the GRA’s failure to formally update applicants in due time about the status of their proposal and the GRA’s apparently unjustifiable exclusion of certain competitors. According to the B&FT, the GRA’s handling of the track and trace tender, “particularly the suppression of information, leaves mistrust […] ironic for an institution whose core values are fairness, integrity and service”.

Given these issues raised by both the Ghanaian press and other tender participants, it’s not surprising that the contract has now been temporarily suspended by Ghana’s Public Procurement Agency. The saga, however, underlines the importance of carrying out transparent tender procedures and selecting fully independent, unbiased providers for vital public health initiatives.

Controlling illicit tobacco is certainly an essential initiative—and yet it’s clear why the tobacco industry can’t be involved in the solution. Every year, 600 billion cigarettes — one in every ten rolled globally — end up on the black market, rendering tobacco the most widely smuggled legal substance in the world. Despite the tobacco majors’ protests, this contraband circuit also benefits them. Estimates from the University of Bath suggest that some 60-70% of illicit smokes are rolled by the industry itself, while reports abound of factories deliberately overproducing in order to satisfy black market demand. It’s no surprise that many public health experts insist that independent track-and-trace systems are the sole policy move that can expose the illegal trade. But what should have been a shot across the bow for Big Tobacco has been slowly infiltrated by actors with suspicious ties to the industry itself.

The story goes back to 2004, when cigarette manufacturer Philip Morris proposed a new track-and-trace system named ‘Codentify’— later licensed for just 1 franc to its three main competitors — which would supposedly assign a unique code to every cigarette packet produced and pool data in an information bank. Despite Philip Morris’s energetic lobbying, this system is now widely regarded as a deliberate “black box” and the WHO has roundly rejected it as an option for international governments.

Measures drawn up by the WHO and its Framework Convention for Tobacco Control (FCTC)—of which Ghana has been a member since 2004—state categorically that any track-and-trace system must be completely independent from the tobacco industry and any entities connected to its interests. On the 15th anniversary of the FCTC’s entry into force earlier this year, head of the FCTC secretariat Dr. Adriana Blanco Marquizo pointed to the need to “leave the tobacco industry no space to interfere with our work.”

Ever creative, the industry now circumvents this rule by using third party companies as proxies. For example, in order to render the Codentify system palatable to international partners, the technology was spun off and sold to Inexto, a company that had been established just a few weeks previously. Following the deal, a PMI spokesperson even boldly claimed Codentify “now complies with … the WHO’s Framework Convention on Tobacco Control.” Companies involved in building Codentify in the first place, including Atos, have won lucrative contracts all across the world handling key parts of track-and-trace systems. Ghana, unfortunately, was swept up within this game of smoke and mirrors when its Revenue Authority awarded the contract to De La Rue.

David and Goliath at loggerheads again

Ghana has had a commendable history of successful tobacco policing up until now, but a partnership with De La Rue, given the company’s track record abroad, could be seen as a serious setback for the East African nation. As one journalist wrote, “We need a system that leaves no room for doubt to allow us to achieve our goal of a Ghana beyond aid.”

The stakes of this type of decision are all the more important in Africa, which has long been a priority market for Big Tobacco. While European sales are rapidly dropping off, the African tobacco trade has grown by almost 70 percent in the last two decades, something which is particularly disastrous since the majority of the 700,000 annual deaths caused by smoking-related diseases occurs in lower to middle-income countries. The annual earnings of the cigarette corporations dwarf the gross domestic product of many African nations, allowing Big Tobacco to throw their weight around in the region—including by pushing governments in Côte d’Ivoire and Burkina Faso to implement Codentify.

Ghana had been a world leader in anti-tobacco legislation, as the first country to prohibit advertising as early as 1982 and one of the first five African countries to become a party to the FCTC. The temporary suspension of the De La Rue agreement in Ghana offers a window of opportunity for an about-turn. Other governments in Africa and around the world have successfully implemented alternatives to Codentify; these models satisfy the FCTC’s protocols but also the tax authorities’ requirement of functioning, independent tracing systems.

The Ghanaian government’s ultimate decision could reverberate regionally and constitute a decisive step towards the global clampdown on the toxic smuggling of cigarettes. The grey area created by companies such as De La Rue must give way to the implementation of effective, independent track-and-trace systems, but Big Tobacco will not give up its growth markets easily. With both tax dollars and lives at stake, Ghana’s revenue authorities need to play hardball.