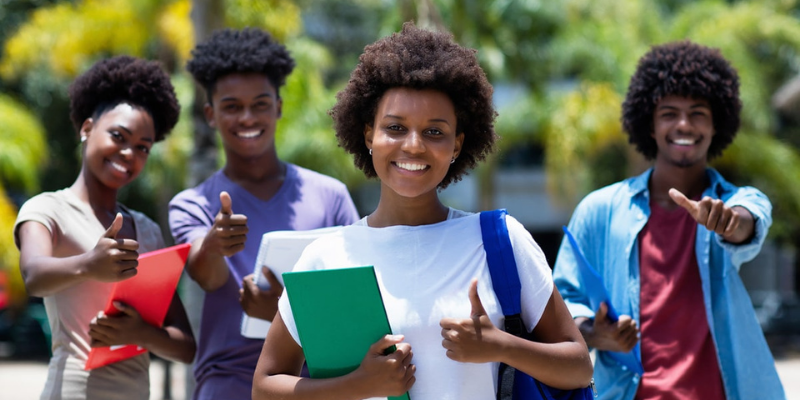 Three Nigerian researchers have played a prominent role in a study on e-cigarettes epidemiology in South Africa, the result of which provides grounds for Nigeria to protect its youths from the health hazards of e-cigarette addiction, writes ROBERT EGBE.

If you laugh easily, you will probably find the World Health Organisation (WHO)’s description of tobacco to be a tragicomedy funny but serious at the same time.

“Tobacco is the only legal drug that kills many of its users when used exactly as intended by manufacturers,” WHO said in its global report on trends in tobacco smoking 2000-2025 – First edition.

Up-to-date data on Nigeria’s tobacco situation is often hard to come by, but United-States-based anti-smoking campaigner Tobacco Atlas estimated in 2016 that more than 16,100 Nigerians were killed annually by smoking-related disease.

The statistics included, among others, 246 men every week.

This comes despite Nigeria being a signatory to the WHO Framework Convention on Tobacco Control (FCTC) since 2005, and despite the country’s adoption of the National Tobacco Control (NTC) Act in 2015. Nigeria suffers over 17,000 annual deaths as a result of smoking-related disease.

A 2019 study by BMC Public Health titled ‘Current prevalence pattern of tobacco smoking in Nigeria: a systematic review and meta-analysis’ assessed the prevalence and number of smokers in Nigeria between 1995 and 2015.

It found that the estimated median age at initiation of smoking was 16.8 years. It estimated an increase in the number of current smokers from 8 to 11 million (or a decline from 13 to 10.6 per cent of the population). The pooled mean cigarettes consumption per person per day was 10.1 (6.1–14.2), accounting for 110 million cigarettes per day and over 40 billion cigarettes consumed in Nigeria in 2015.

E-cigarettes are often touted as a solution to the addictive nature of tobacco use.

A November 2020 study published in the Nigerian Postgraduate Medical Journal found that some smokers regarded E-cigarettes as a harm reduction tool.

Most participants were comfortable with the lack of smoke, the presence of vapour and the fact that it was a more advanced tool.

The report was titled: ‘Knowledge and risk perception of e-cigarettes and hookah amongst youths in Lagos State, Nigeria: An exploratory study’.

At the moment, however, E-cigarettes are beyond the purchasing power of many Nigerians.

Nevertheless, an online survey by THRNigeria found that more than 60 per cent of the current smokers reported that they would reduce or quit smoking if there were a significant reduction in e-cigarette prices, or if the products were more easily accessible.

So, the chances are that as income increases, more Nigerian smokers thinking of quitting cigarettes will switch to e-cigarettes.

What researchers in South Africa found about E-cigarettes

Research on e-cigarettes use in South Africa found that contrary to its public perception, e-cigarettes may not do so much to help smokers quit.

Conducted by prominent public health researchers, it found that e-cigarette addiction is a real and growing problem.

The series of three studies were conducted by the Africa Centre for Tobacco Industry Monitoring and Policy Research (ATIM) and the South African Medical Research Council (SAMRC).

The other two were Dr Catherine Egbe, a Specialist Scientist from SAMRC’s Alcohol, Tobacco and Other Drugs Research Unit and Dr Israel Agaku of the University of Pretoria.

The findings might provide direction for Nigeria in future decisions on e-cigarettes regulation.

The research emphasised South Africa’s need to speedily pass the Control of Tobacco and Electronic Delivery Systems Bill (2018) into law. The Bill closed for public comments in August 2018, during which time the e-cigarette industry, currently largely unregulated, has further taken hold in South Africa.

Prof Ayo-Yusuf argued that the research results supported an urgent need for a regulated environment to better protect the youth from the health harms of e-cigarette addiction.

He said: “While the tobacco and e-cigarette industry likes to position e-cigarettes as cessation aids, the limited effectiveness of these products for long-term quitting, the health harms associated with usage and the industry’s clear and targeted marketing to youth are facts which are conveniently omitted from their narrative. This series of studies provide very useful information to guide policymakers in South Africa.”

Growing prevalence of regular e-cigarette use

Finally, geospatial mapping was used to understand the distribution of vape shops across South Africa and how this may impact youth usage.

Based on two large population-level surveys, the prevalence study shows a growing prevalence of regular e-cigarette use by South Africans older than 16 years. 2.71 per cent of adults, translating to 1.09 million people, used e-cigarettes during 2018. Most of these e-cigarette users were concurrently regularly smoking cigarettes.

The second study on cessation concludes that any presumed benefits of e-cigarettes on cessation may be partly attributable to pharmacotherapy and counselling, given the concurrent use patterns among past quit attempters using e-cigarettes.

The study shows that awareness of cessation aids among current smokers was 50.8 per cent for smoking cessation programmes; 92.1 per cent for nicotine replacement therapy; and 68.2 per cent for prescription cessation medication.

Despite this evidence of limited effect on cessation, the study also suggests more e-cigarette ‘ever’ as compared to ‘never’ users still believed e-cigarettes could assist smokers completely quit (35.5 per cent vs. 20.4 per cent) or cut down (51.7 per cent vs. 26.5 per cent).

This dominant belief among those who had ever tried e-cigarette is likely a result of the manufacturers’ marketing of these products as cessation aids, despite not having scientifically tested them as such in South Africa or similar poor resource settings.

The cost study revealed that, contrary to claims made by e-cigarette manufacturers, using e-cigarettes is more expensive than smoking cigarettes when comparing daily users over a one-year period.

The annual cost associated with daily use was R6,693 for manufactured cigarettes and up to R19,780.83 for e-cigarettes. According to this study, implementing excise taxes on e-cigarettes at 75 per cent of the cigarette excise tax rate could generate annual revenue of up to R2.20 billion.

“Untaxed for more than a decade in South Africa, e-cigarettes will only be taxed from this year, at a rate of 75 per cent of the tobacco tax. This will likely reduce initiation by youth and provide additional revenue to cover the health and economic harms they cause while contributing to NHI funding,” said Dr Egbe.

The final study found that of the at least 240 vape shops in South Africa, 39 per cent are within a 10km radius of a University or college campus.

“We found that living near a vape shop was associated with ‘ever’ using an e-cigarette,” said Dr Agaku. “These important findings justify the regulation of lifestyle advertising targeted at the youth and the limitation of access to these products by children.”

The researchers conclude that there is a need for the regulation of e-cigarette design, manufacture and marketing in South Africa and further call for immediate action while awaiting the passage of the Tobacco Control Bill.

The professor urged advocacy groups and researchers to maintain vigilance in relation to the tobacco industry, to identify and publicise any evasive or deceptive marketing.

He said clinicians can educate themselves and their patients about the latest evidence regarding e-cigarettes, and recommend evidence-based products as smoking cessation aids for both cigarette and e-cigarette users.

Pharmacies can voluntarily remove e-cigarettes from their shelves as a health promotion initiative. Parents and caregivers can adopt voluntary smoke-free home and car rules that prohibit all forms of tobacco and e-cigarette use.

Ayo-Yusuf concluded: “Globally, research on these relatively new products is guiding better regulation, and we trust that South Africa will implement the Tobacco Control Bill as a comprehensive, evidence-based policy. We all have a responsibility to remain aware and vigilant in protecting the health of our people.”