The Programme Director of Vision for Alternative Development (VALD), Labram M. Musah has reiterated the need for the government to ban the use of shisha or water-pipe to secure the health of the population.

According to him, the future will continue to be uncertain, especially with the youth developing chronic diseases, due to tobacco use.

Mr Musah was if the view that the Global Youth Tobacco Survey conducted in Ghana in 2017 revealed that 8.9% of boys and 8.2% of girls in Junior High Schools use tobacco products.

The Programme Director expressed these concerns in a press release to create awareness on the event of International Tobacco Day.

He is very concerned because tobacco use continue to appreciate among the youth, which boys score 7.0% and 5.3% girls smoke tobacco while 0.4% of boys use shisha, girls figure stand at 1.7%.

According to him, another way to address the problem is to impose taxes on tobacco products, to make them expensive to make it difficult for average persons like students to afford.

“Governments are obliged to help tobacco users quit through the promotion of tobacco cessation and tobacco dependence treatment, which includes both population and individual level intervention, ” he urged.

He also suggested that tobacco retailers should be licensed while relevant agents such as the Food and Drug Authority must collaborate with anti-tobacco group like VALD to intensify surveillance and education on harmful use of tobacco. 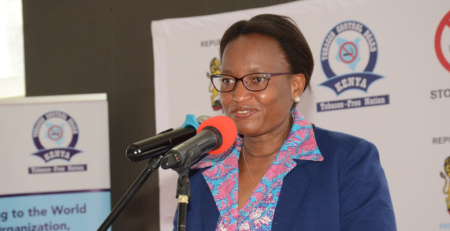