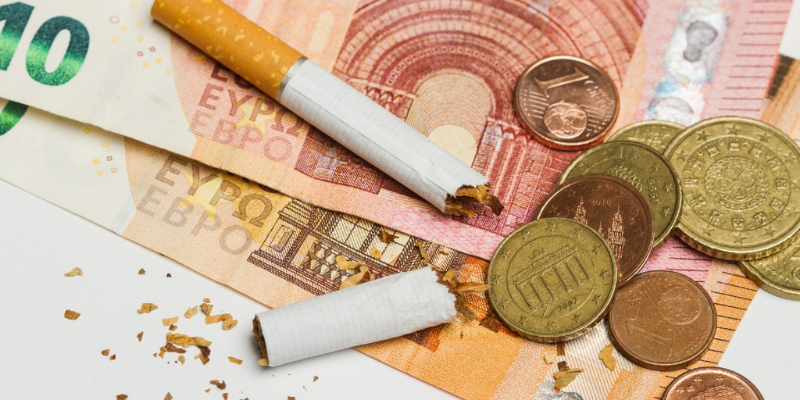 As the nation staggers through the pandemic, most remain oblivious to the epidemics that plagued Americans’ health before Covid-19 struck — and will continue to do so long after it subsides. The opioid crisis, obesity and the continuing toll from tobacco use are all critical public health threats.

Of these, reducing the persistent use of tobacco in America holds tremendous promise for broadly improving public health, protecting young people from harm and reducing health care costs for employers and government insurance programs. That’s why the US House Ways and Means Committee’s intention to double federal tobacco taxes to help pay for part of President Joe Biden’s vast expansion of social programs — a package that is set to include an ambitious extension of health care coverage — is precisely right.

While the political drama over revenues needed to pay for a final package remains centered on proposals to make corporations and the wealthy pay more, this should not obscure the importance of a tobacco tax hike. It will raise revenue, reduce tobacco use and, over time, holds the potential to save billions in health care costs. The record is clear that there’s a stunning correlation between increased cigarette prices and reduced consumption over the decades, with federal and state tax hikes on tobacco playing a key role.
Due to state laws prohibiting smoking in most public spaces, the full extent of the nation’s continuing addiction to tobacco remains largely out of sight. Yet tobacco use remains the leading cause of preventable death and disability in the United States, resulting in 480,000 deaths every year, according to a 2014 US Surgeon General’s report. Unless there is more rapid progress in reducing tobacco use, the Department of Health and Human Services expects the toll to persist for decades.
The cost to families, the health care system and the economy is daunting. According to a 2014 healthcare spending analysis, smoking-related illness in the US costs more than $300 billion each year, which includes more than $225 billion in medical costs and over $156 billion in productivity losses, according to US Centers for Disease Control and Prevention (CDC) data.
Though the surge in e-cigarette use by young people has captured headlines and political attention, adolescents also continue to try traditional cigarettes at alarming rates, with about 2,000 people under 18 smoking a first cigarette every day and about 300 teenagers a day becoming regular, daily smokers, according to 2017 data cited by the CDC.
In the decades since the 1964 Surgeon General’s report first sounded the alarm on the overwhelming harms of tobacco, there’s been plenty of time for public health researchers to examine the most effective interventions to help smokers quit — and for policymakers to implement them. Raising tobacco taxes is one of the most effective.
Amid a raging pandemic, congressional Democrats are searching for revenue to finance the Biden administration’s spending plans and specifically to shore up the health care safety net. For example, they have proposed to make permanent a temporary boost in premium subsidies for those who purchase coverage on the Affordable Care Act marketplaces and add benefits to Medicare.
Federal tobacco taxes were last hiked more than a decade ago, in 2009. Raising them now makes sense. So does the Ways and Means panel’s plan to extend the tobacco taxes to e-cigarettes. Despite the prevalence of vaping among adolescents, e-cigarettes remain untaxed at the federal level.
According to research compiled by the Campaign for Tobacco-Free Kids, the last federal tobacco tax hike prompted a 30% increase in the number of calls to a national quit line, as well as an 8.3% decline in national pack sales. That was the biggest annual drop since 1932. The organization estimates that if the Ways and Means proposal is enacted, about 1.1 million adult smokers will quit in the first year.
Higher cigarette taxes would indeed violate the President’s pledge not to raise taxes on anyone making less than $400,000 a year but there are good reasons to support the increase. Many of the beneficiaries of the health care policies that would be financed with this revenue have very low incomes and are disproportionately likely to be people of color. And there’s precedent for using cigarette taxes to finance health coverage for those who most need it — the 2009 federal tobacco tax hike was used to pay for expanding the State Children’s Health Insurance Program (SCHIP).
The tax provisions to pay for the Democratic spending blueprint are likely to face a politically perilous course through Congress, with details of the individual and corporate income tax provisions, in particular, to be decided amid politically fraught arguments over who to tax, and how much. In contrast, tobacco tax hikes can, and should, be embraced as uncontroversial — and indisputably beneficial.
Source: CNN