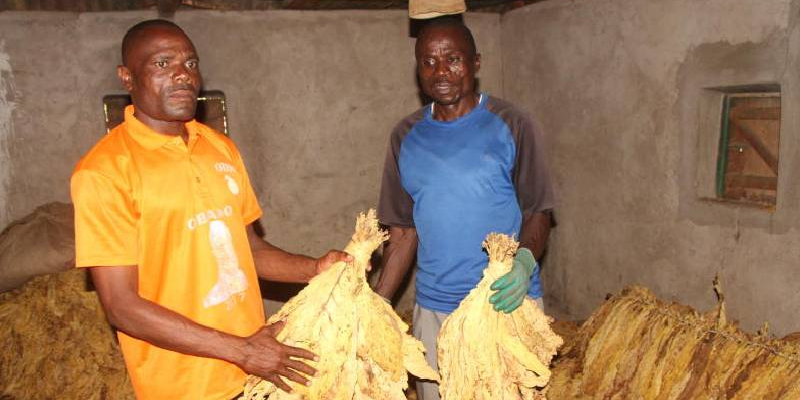 The Kenya Tobacco Control Board (TCB) has added its voice to the initiative to adopt alternative crops in tobacco-growing areas, saying the growth of tobacco is a threat to the environment.

Speaking in Kakamega Dr John Musau, a TCB board member, regretted that tobacco farmers were left with acidic and unproductive soils after years of growing the cash crop without an alternative.

“Many talk about the harm of the tobacco smoke but what is less shared is how destructive tobacco cultivation and tobacco use is for the environment – on land, water and air,” he said.

“One thing we realised in areas like Migori and Bungoma where tobacco farming is practised is that there was massive deforestation as people cleared forests to plant the crop. Worse still they use the cleared wood to dry tobacco leaves, therefore, polluting the air.”

The World Health Organisation (WHO) Framework Convention on Tobacco Control (FCTC) statistics show that tobacco farming causes up to 5 per cent of global deforestation, with 200,000 hectares of natural wood biomass lost each year.

The project, a joint initiative of the State, WHO, the World Food Programme (WFP) and the Food and Agriculture Organisation involve farmers abandoning tobacco production and growing high-iron beans as an alternative crop.

In the project, the UN agencies and government provide training, quality seeds and fertilisers, and even a ready market through WFP’s local procurement initiatives.

“The good thing with the practice is that the farmers grow alternative food crops that will help feed communities instead of harming their health with confidence that a long-term market exists,” said Dr Musau.

“The truth is that tobacco farmers have hardly benefited from the crop. I have never met a billionaire tobacco farmer but know of many billion-worth tobacco manufacturers.”

Kenya Agricultural and Livestock Research Organisation (Kalro) soil expert Dr Caroline Kundu says that since tobacco is mostly planted as a single crop, it exposes the soil to erosion.

“During production, tobacco crops consume a lot of chemical fertilisers, pesticides and growth regulators that pollute the air, ground, waterways and aquifers,” she says.

“The farming itself comes with many hazards for farmers because of the intensive use of  pesticides, especially green leaf sickness caused by nicotine poisoning caused by the handling of tobacco leaves.”

She fears that the devastating effects of tobacco growing have led to desertification in places like Cuba, India, Brazil, Jordan, Malawi and Zimbabwe. She lauded the Kenyan initiative of reclaiming unproductive soils following years of cultivating tobacco only.

Mr Gitali says that the statistics show that cigarette manufacturers make up to 6 trillion sticks of cigarettes which translates to a similar amount of cigarette filters that burden the environment.

Gitali believes that with alternatives to tobacco farming we could kill two birds with one stone.

“Apart from saving the environment, I believe if we stop planting tobacco then the about 220,000 children and 2,737,000 adults who use tobacco will reduce. We will also not lose the more than 6,000 Kenyans who die of tobacco-related diseases every year.”