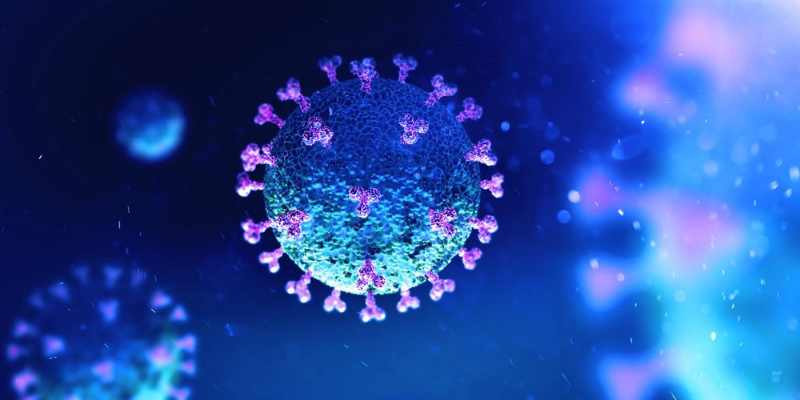 For the better part of two years, the attention of policymakers and health experts across Europe and North America has been focused on the battle against COVID. With vaccination campaigns cutting into hospitalization numbers and giving public health experts space to breathe, the World Health Organization is seeking to put another major global health effort – the fight against smoking and tobacco products – back on center stage with its newest report on the global tobacco epidemic, published on July 27.

The WHO report, while celebrating the success of “MPOWER” measures to discourage tobacco use, help smokers quit, and prevent new generations from picking up the habit, has plunged headfirst into the debate over e-cigarettes and other emerging alternatives to cigarettes and tobacco.

Unfortunately, under the leadership of Dr. Tedros Adhanom Ghebreyesus, the WHO has come down firmly against e-cigarettes, with the director-general claiming in his introduction to the report that “tobacco and related industries employ the same old marketing tactics to promote new tools to hook children on nicotine and circumvent tobacco legislation.”

Despite the WHO’s categorical framing, the actual science around electronic nicotine delivery systems (ENDS) like e-cigarettes makes a strong case for their value as a harm reduction tool. In the face of disappointing smoking cessation rates in Europe and rising uptake in developing countries, the WHO and other public health bodies might look to the hard-earned lessons of the COVID pandemic to define an updated approach to fighting tobacco.

The experience of “abstinence-only” COVID social distancing and confinement measures has substantially reshaped how some public health experts view the balance between the carrot and the stick when it comes to offering guidance to members of the public. That shift could help rewrite the narrative around cold turkey approaches to quitting smoking, especially given that half of all smokers in Europe have tried and failed to quit in the past.

The harsh nature of the reaction to the first wave of COVID in North America and Europe, for example, might have provoked unforeseen consequences by shutting down outdoor spaces like parks and schools entirely. The emotional and mental health costs of people shutting themselves away and keeping their children out of school could help explain the phenomenon of pandemic fatigue, which can make it harder to maintain social distancing and mask wearing.

By encouraging even vaccinated people to avoid meeting each other, some public health officials might have inadvertently discouraged a segment of the population from getting vaccinated at all, while social media posts shaming those who didn’t abide by precautions have also proven controversial in retrospect. All the while, case numbers continued to soar, as did rates of depression and psychological distress.

As pandemic responses have evolved, the emphasis has shifted from abstinence to harm reduction and risk mitigation. Rather than expecting the impossible, public spaces have progressively opened, with individuals asked to minimize the risk to themselves and others through a combination of reasonable social distancing, masks, and an ever-greater number of vaccinations.

Many of these same lessons can also be applied to the tobacco epidemic, which is particularly serious in Europe and where harm reduction advocates insist e-cigarettes could play an indispensable role in reducing the public health impact of smoking. By rejecting these products wholesale, the WHO is in some ways echoing the counterproductive logic deployed against harm reduction in other areas, such as the use of needle exchanges to prevent the transmission of diseases between those suffering from drug addiction, or the use of sex education and contraceptives to curb the HIV epidemic.

Unfortunately, the WHO is not alone in this. The European Commission has called for stricter tobacco regulations with a view to achieving a smoke-free generation by 2040, but some forces within Europe are looking past traditional tobacco and portraying e-cigarettes as a threat instead of as a useful tool.

The Commission’s Scientific Committee on Health, Environmental and Emerging Risks (SCHEER) for example, released a “final opinion” on e-cigarettes this past year which dismissed evidence these devices can help people quit smoking as ‘weak’, all while adding its imprimatur to claims that flavors make e-cigarettes more attractive and a potential “gateway to smoking”. Those findings come as some EU member states take it upon themselves to ban e-cigarette flavors, prompted a strong reaction from addiction specialists such as drug policy expert Jindrich Voboril, who previously headed the Czech Republic’s anti-drug programs and who insists that “addictions cannot be defeated by bans and regulations.”

The UK, for its part, is taking a different approach. British health authorities have launched a campaign through which smokers are given information on how to make the switch from toxic tobacco products to e-cigarettes, which Public Health England hold to be 95% less harmful than smoking. Smokers attending emergency departments have even been given free e-cigarettes as part of the trial.  “The best thing that a smoker can do is to stop smoking completely,” explained Professor John Newton at Public Health England, while adding “the evidence shows that vaping is one of the most effective quit aids available, helping around 50,000 smokers quit a year.”

While the UK’s efforts are based on research demonstrating e-cigarettes help smokers quit, the EU has been reluctant to endorse harm reduction policy when it comes to tobacco. Instead, some European countries are heading in the opposite direction. Even the Netherlands, which typically employs a hands-off approach to such regulations, is set to ban all non-tobacco vape flavors by next year, amid staunch opposition from consumers.

These moves contradict findings that e-cigarettes help adults transition away from tobacco, while also discouraging young people from trying conventional cigarettes. According to a 2017 tobacco control study, youth smoking rates in the UK and US dropped while the number of vape users increased: between 2011 and 2016, smoking among high school students declined from more than one-fifth to almost 13 percent. Where vaping has been curbed via flavor bans, a study by Yale School of Public Health (YSPH) found high school students’ chances of smoking cigarettes more than doubled.

By taking an ideologically driven, scientifically dubious stance on the e-cigarette issue, the WHO could be pushing the EU and European governments to enact policies that achieve the opposite of their desired effect. With 94% of smokers in the EU picking up the habit before age 25, shortening their lives by up to 14 years on average, this is another public health crisis European officials cannot afford to get wrong.