In many markets, policies that ban tobacco advertising through traditional media have forced the industry to focus on the point-of-sale (POS) as a critical channel to promote their products. In Kenya, the law prohibits virtually all forms of advertising and promotion of tobacco products. Although sponsorship by the tobacco industry is not completely prohibited, publicity of the sponsorship is.

Numerous cases show that tobacco firms perceive children as young as 13 as a key market. They have studied their smoking habits and developed products and marketing campaigns aimed directly at them.

Children are the most gullible members of society, and they are twice as sensitive to tobacco marketing as adults. In fact, one third of underage smoking experimentation can be attributed to tobacco advertising.

These firms claim they have stopped marketing to children and the youth in their research or promotional efforts, but they continue to advertise tobacco in ways that reach susceptible underage populations.

The Tobacco Control Act, 2007 is the principal law governing its control. It covers topics including, but not limited to, restrictions on public smoking, tobacco advertising, promotion and sponsorship, and packaging and labelling of tobacco products.

Globally, tobacco ads suggest that smoking can fulfil influential psychological needs like popularity, peer acceptance and a positive self-image. These are some of the immediate needs by teens as they grow. The industry knows that the children can’t understand the consequences of smoking and addiction and thus respond to these needs through various tactics.

A study on monitoring cigarette advertising and promotion at POS near schools and playgrounds in 42 countries reveals the extent to which the industry goes to get children hooked. 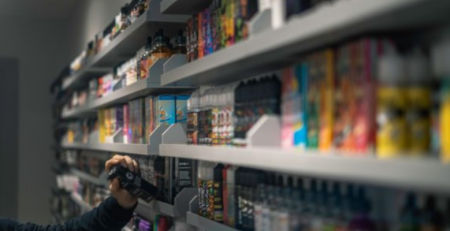