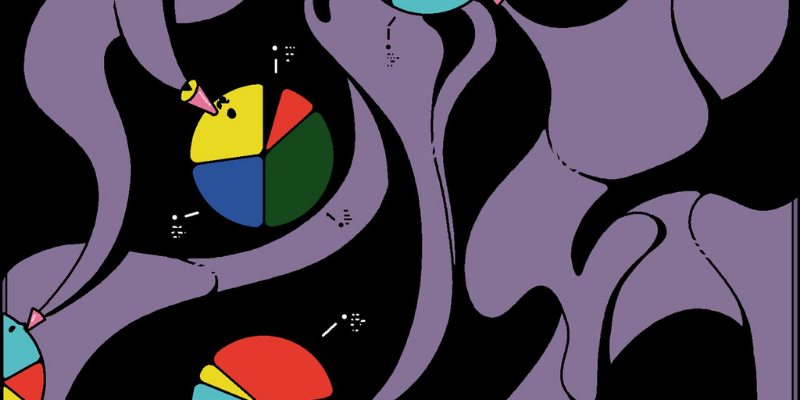 The agency has taken a controversial stand on vaping as a way to quit tobacco. This is what the research shows.

When they first appeared in the United States in the mid-2000s, “electronic nicotine delivery systems” — e-cigarettes, vapes, e-liquids and other wares that contain the stimulant found in tobacco — were subject to little federal oversight. Their makers could incorporate countless other ingredients and flavorings. Like cigarettes before them, the devices proved extremely attractive to young people; in 2018, the surgeon general declared youth vaping an “epidemic” and noted that one in five high schoolers and one in 20 middle schoolers used e-cigarettes. Nicotine can harm the developing brain, and e-cigarettes contain potentially harmful toxins like heavy metals; the long-term effects of vaping — the heating of nicotine to create an inhaled aerosol — are uncertain.

Despite these concerns, public-​health officials in the U.S. hope that, given a choice in the open market, people already addicted to nicotine will choose e-cigarettes over cigarettes — a deadly consumer product so successful at attracting and retaining users that it has killed as many as 24 million Americans over the past six decades. Because e-cigarettes generally contain fewer toxic chemicals than tobacco smoke, they are believed to be less damaging than cigarettes. If a sizable number of the one in seven adults in the U.S. who smoke switched to e-cigarettes, the theory goes, significantly fewer people might suffer from cancer and cardiovascular and respiratory diseases.

In 2016, in an effort to mitigate the potential harms of e-cigarettes, the Food and Drug Administration began regulating them as “new tobacco products.” It became illegal to sell e-cigarettes to anyone under 18 (a cutoff that rose nationally to 21 in late 2019), and the agency was empowered to require warning labels. The F.D.A. also gained the authority to keep products out of the marketplace, unless it could be demonstrated that their public-health benefit outweighed their risks. (As a result of legislation passed in 2009, this condition applies to new tobacco products in general; cigarettes themselves, and other tobacco products on the market before Feb. 15, 2007, don’t have to meet the same standard.) As of last month, the agency had denied nearly a million applications. But a vaporizer and two tobacco-flavored liquids were authorized, after the F.D.A. declared that data submitted by their manufacturer showed that they were indeed less toxic than cigarettes and could, in the words of the agency’s news release, “benefit addicted adult smokers who switch to these products.” This would “outweigh the risk to youth” and lead to an overall “protection of the public health.”

The decision was controversial. In part, this is because the research into whether e-products can help adult smokers stay off cigarettes shows mixed results at best. For example, in October, the same month as the F.D.A. ruling, JAMA Network Open published a study that “did not find evidence that switching to e-cigarettes prevented relapse to cigarette smoking,” says the lead author John P. Pierce, a emeritus professor at the Herbert Wertheim School of Public Health and Human Longevity Science at the University of California, San Diego. He and his colleagues analyzed data from the Population Assessment of Tobacco and Health Study, a longitudinal study of tobacco use in the U.S. begun in 2013 by the National Institutes of Health and the F.D.A. Based on responses through 2017, the researchers identified 13,604 participants who were cigarette smokers. When those same participants were surveyed a year later, 9.4 percent of them reported that they had quit.

The PATH study did not try to determine what methods people used to quit; it asked only what tobacco products they consumed after quitting, if any. Then, after 12 more months, it checked whether they had stayed off cigarettes entirely; had relapsed and quit again; or had gone back to smoking. After controlling for potential confounding factors, like level of nicotine dependency, the JAMA group concluded that those who were using any alternative tobacco product after they quit smoking, including e-cigarettes (but also cigars, hookahs and the like), were 8.5 percent more likely to have relapsed than those who were not. The proportion of daily e-cigarette users and tobacco abstainers who were smoking again was about the same: just over a third. In other words, e-cigarettes did not appear to be more successful at preventing a return to smoking than going cold turkey did.

But there are other researchers who believe that, taken together, the existing evidence suggests that e-cigarettes may benefit public health. In September, before the F.D.A. approved any e-cigarette products, a group of those researchers laid out that evidence in The American Journal of Public Health. The studies they cite include a randomized controlled trial conducted in Britain and published in The New England Journal of Medicine in 2019, which found that participants who wanted to quit and who switched to e-cigarettes were 80 percent more likely to abstain from cigarettes for at least a year compared with those who used a range of nicotine-​replacement therapies (like patches, gum and lozenges).

Findings like these, which show that e-cigarettes could help smokers under certain conditions — the participants all received behavioral support, which improves the success rate of attempts at quitting — have been undervalued, the A.J.P.H. authors think, while the risks to youths have been amplified. “The message out there is these are harmful devices that shouldn’t be out there at all,” says Nancy A. Rigotti, one of the authors and a professor at Harvard Medical School and the director of the Tobacco Research and Treatment Center at Massachusetts General Hospital. “The truth is more complicated.”

Controlled trials don’t always show what would have happened in a real-world setting — which is what the JAMA study sought to assess. Yet Rigotti and others think its conclusions are misleading. “What’s important here is, Is vaping helping a subset of smokers quit smoking who wouldn’t have otherwise done so?” says Kenneth E. Warner, an emeritus professor and dean of health management and policy at the University of Michigan’s School of Public Health and a co-author of the A.J.P.H. paper. The JAMA study found that those who were the most dependent on nicotine, and thus likely to have the hardest time quitting smoking, were also the most likely to use e-cigarettes. But there was no way to say whether, had e-cigarettes not been available, that group would have continued smoking — in which case e-cigarettes increased the total number of quitters — or whether its members would have tried abstaining from nicotine instead. Without that information, it’s unclear if e-cigarettes could be a valuable cessation tool that entices some inveterate smokers to give up cigarettes. 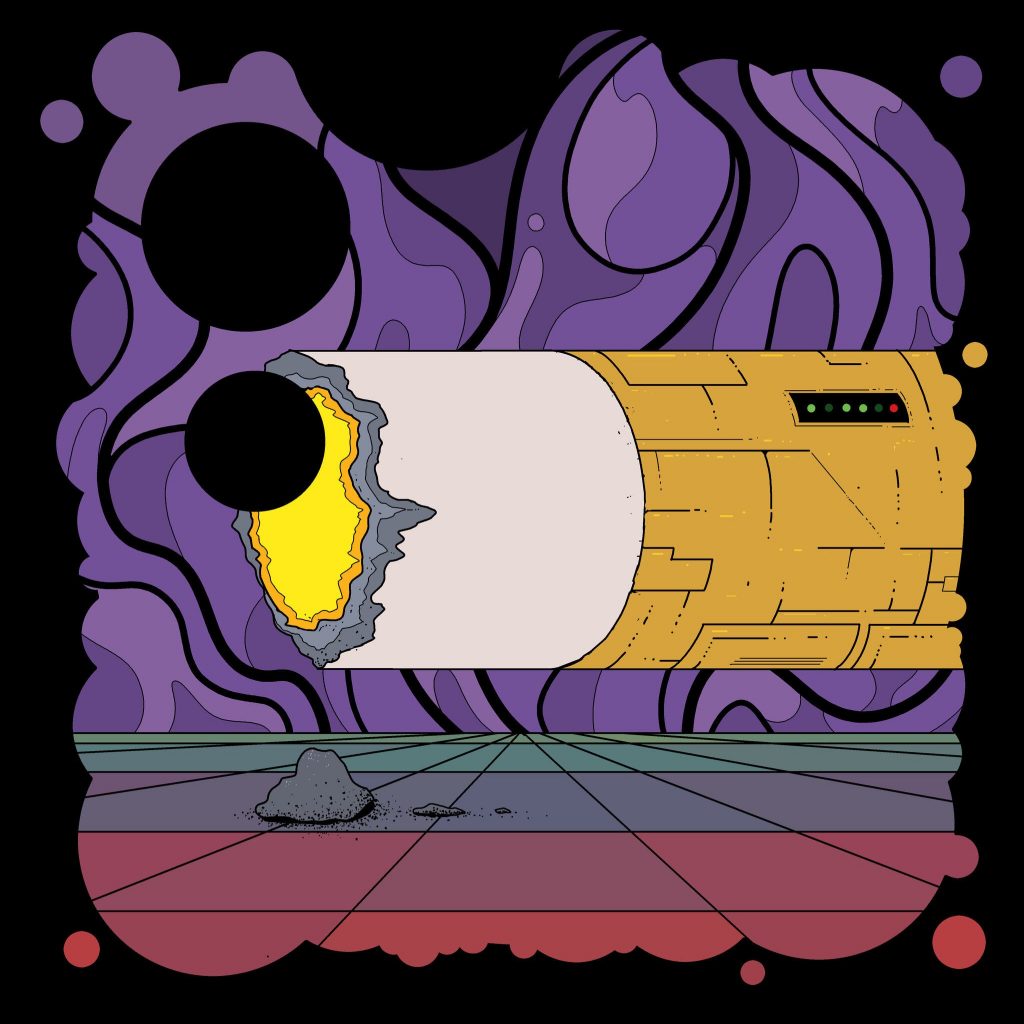 Adult smokers do want to quit: In 2018, about 55 percent of those surveyed said they tried to quit in the past year; only 7.5 percent succeeded, according to the C.D.C. If anything, the JAMA study, however you parse it, illustrates how difficult it is to remain smoke-free. “What we haven’t seen, in terms of cessation, is something that’s game-changing,” says Jonathan M. Samet, dean and professor at the Colorado School of Public Health. Clearly, smokers need more resources, says Alayna P. Tackett, an assistant professor at the Keck School of Medicine at the University of Southern California: “They’re trying to quit, they want to quit, how can we best support them?”

In the U.S., it’s uniquely hard to say if vaping could play a more supportive role. The available products are ever-changing, and e-cigarettes are not classified as “a cessation device,” a label that would require their manufacturers to go through the F.D.A.’s drug evaluation and research process — which they have little incentive to do. As a result, e-cigarettes can’t be promoted to smokers as a means of quitting by companies or as a proven therapeutic by health officials. The bizarre consequence is that for e-cigarettes to have a widespread positive impact on public health — the F.D.A.’s stated hope in approving the ones they did — smokers will have to decide largely on their own to switch to them. “The regulatory muddle is working against us,” says Terry F. Pechacek, a research professor in the department of health policy and behavioral sciences at Georgia State University’s School of Public Health, who wrote a commentary accompanying the JAMA study. “That’s the heart of the problem.”