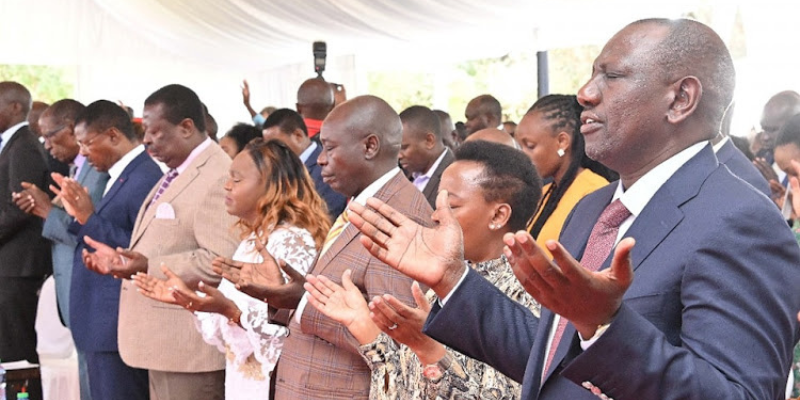 Joel Gitali says Ruto committed himself to that goal when he served as Agriculture minister in 2008-2010.

•An estimated 36,000 farmers produce tobacco leaf on around 13,500 hectares of land, primarily in the Nyanza and Western regions of Kenya.

•The Ministry of Health says it kills 9,000 Kenyans every year.

Tobacco control advocates have asked President William Ruto, who says he has never smoked tobacco, to end the cultivation of the crop in Kenya.

The Tobacco Control and Health Promotion Alliance says Ruto committed himself to that goal when he served as Agriculture minister in President Mwai Kibaki’s government 2008-2010.

“He had started getting involved in supporting tobacco farmers who wanted to switch to viable economic alternatives when he was the Agriculture Minister. Unfortunately, he was moved to another ministry,”  said the alliance chairman Joel Gitali.

He added: “Fortunately, WHO,WFP, FAO and the government have started Tobacco Free Farms in the same place. We hope to lead the region in, drastically, reducing tobacco growing. Yes, we can.”

Kenya in 2007 committed to transitioning its tobacco farmers to more sustainable cash crops when it adopted the Tobacco Control Act.

An estimated 36,000 farmers produce tobacco leaf on around 13,500 hectares of land, primarily in the Nyanza and Western regions of Kenya.

Migori county is the biggest producer, accounting for more than 70 per cent of the yields produced countrywide.

Speaking in Nairobi, Gitali said that tobacco growing accounts for less than one per cent of Kenya’s economy, is unprofitable and damages the soil.

The Ministry of Health says it kills 9,000 Kenyans every year.

He urged the President to be careful not to make rushed and uninformed utterances, decisions and actions that will put him into conflict with the law.

“This is one person from whom we expect sufficient political goodwill in tobacco control,” he said.

“He needs to consult, take time to think thru issues and adhere to the laid down protocols and frameworks. Otherwise very soon, there shall be conflicts that will reverse what he is trying to build,” Gitali added.

He was referring to the law which also prohibits the government from giving the tobacco industry tax breaks.

Cigarette maker BAT Kenya has been pushing for a three-year tax holiday on local production of nicotine pouches and related products.

The company also opposed the tax increase imposed on nicotine this year to stem the growing addiction crisis.

“It employed its innovation and resources to ensnare new customers for its products while attempting to sidestep health policy and regulatory mechanisms,” said Thomas Lindi, the Tobacco Control and Health Promotion Alliance National Coordinator.

The number of Kenyan smokers and other tobacco users declined by almost 16 per cent from 2000 to about six million at the end of 2018, according to the World Health Organisation.

However, Consumer Information Network says young people are simply taking up new forms of tobacco including e-cigarettes and nicotine pouches.

CIN boss Samuel Ochieng told the Star they recently carried out a survey and confirmed the Kenyan market is now littered with nicotine pouches and other tobacco formulations in utter contempt of the Ministry of Health’s public health directives and in violation of the Tobacco Control Act.

As per the Ministry of Health’s directives, nicotine pouches remain illegal in Kenya unless they fully comply with the Tobacco Control Act just like other tobacco products on the market.

The survey was published last month in a report titled: Assessment Report On The Tobacco Industry Interference In The Regulation Of Novel Tobacco Products.

“Nicotine as the primary constituent in nicotine pouches has been proven to have various adverse effects on human health. These include increased risk of fatality when suffering from cardio-vascular disease, effects on reproduction, increased cancer risks, impairment of adolescent brains, reduced cognitive ability and increased risk of heart attack among others,” said Ochieng. 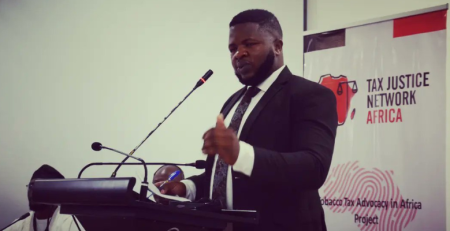 In the context of declining tobacco use at the global level,... read more