A CSIR study said smokers had low seroprevalence. But doctors said smoking reduces immunity, which makes antibodies disappear faster — which is why seroprevalence may be lower.

New Delhi: Health experts have countered a pan-India CSIR serosurvey that said smokers were found to have lower seroprevalence, indicating that they are at lesser risk of contracting Covid-19.

The survey, published Sunday, was conducted using samples from 10,427 adult individuals working in the CSIR’s (Council of Scientific and Industrial Research) laboratories or institutions, and their family members, based on voluntary participation, to assess the presence of antibodies in them.

It claimed that it is the first evidence from the general population, which indicated that smoking might be protective against Covid.

“Our finding that smokers are less likely to be seropositive is the first report from the general population and part of growing evidence that despite Covid-19 being a respiratory disease, smoking may be protective,” the study said.

But doctors and experts that ThePrint spoke to said that smoking cannot protect against Covid as it reduces the immune response of the body, which in turn makes antibodies disappear faster — which is why seroprevalence in smokers may be lower. Experts also said the serosurvey doesn’t establish a cause and effect association.

The CSIR serosurvey contradicted the Union Health Ministry’s 2020 document that stated smokers are likely to be more vulnerable to the Covid infection due to increased touching between fingers and lips, which augments transmissibility.

Doctors, who have been treating Covid patients, said that susceptibility of the disease was found to be higher in smokers.

“We have not found such evidence in our hospital of smokers having any protection from Covid as this serosurvey suggests. But we have seen that smokers have higher susceptibility to Covid infection. This is because their immune system is compromised and their lungs are already affected by smoking,” said Dr B.L. Sherwal, medical director, at Delhi-government run Rajiv Gandhi Superspeciality Hospital

“Seroprevalence may have been lower because antibodies may disappear due to slow immune response among smokers.”

“There are several explanations for why smokers haven’t shown presence of antibodies against Covid. Antibody levels may disappear faster among smokers compared to non-smokers. Presence of antibodies is also dependent on multiple factors like nutrition and age,” said Dr K. Srinath Reddy, president of the Public Health Foundation of India.

“Smoking reduces immune response and your antibodies may have disappeared in a few weeks and may not have lasted three months. Therefore, the prevalence in a survey may be lower as opposed to non-smokers where antibodies will stay upto three months,” he said.

Doctors also opined that contrary to smoking being protective, more severe symptoms have been observed in smokers.

“In my experience, smokers have developed very severe symptoms when they have contracted Covid and in many cases, the long-term effects like breathlessness have persisted longer in smokers,” said Dr S. Chatterjee, internal medicine specialist at Apollo Hospital in Delhi’s Indraprastha.

Experts also said the CSIR serosurvey has been conducted in an institutional framework, which included people from the institute and their families.

“Smoking always impacts health because it inhibits antibody response and suppresses immunity. We cannot derive conclusions from such studies and a detailed epidemiological study is required to establish cause and effect relations instead of a cross-sectional study such as this,” he added. 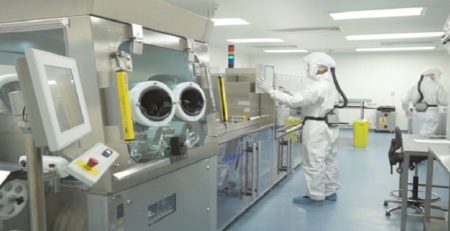