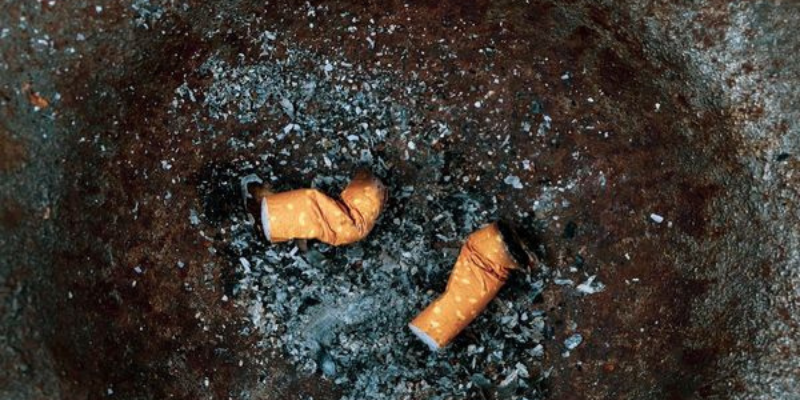 The government must take note of the views of experts and make laws on tobacco products more stringent.

The unprecedented rise in the number of deaths due to the diseases caused by tobacco consumption is adding to the woes of the government in general and the Union Health Ministry in particular as the spending of the government has increased manifold on the treatment of oral cancer patients. The country is reporting over 13 lakh deaths every year due to disease, mainly cancer, caused by the consumption of tobacco products such as gutkha, beedi, supari, cigarettes, etc.

Apart from taking a toll on the financial health of the government exchequer, the increased number of tobacco users is putting an extra burden on the country’s healthcare system, which is already constrained.

It is an irony that we are spending Rs 2 lakh on the treatment of an oral cancer patient, who got the disease after consuming gutkha that is easily available everywhere at just Rs 2. In case, the same treatment is availed at any private hospital; it would cost two or three times to the patient.

Despite so many deaths and spending, why tobacco – broadly infamous as cancer-causing substances – are so freely available in India? This is the pertinent issue that wegutkha industry as a country need to address on an urgent basis. The implementing agencies should come forward and take a stand in declaring tobacco a classified product, so that the highly hazardous product be sold with reasonable restriction.

There is also a need to protect the interests of farmers associated with tobacco farming as ‘sharks of tobacco industry’ use farmers for their own benefits and field them as a shield to push their vested interests.

The tobacco industry players are very smart when it comes to taking the benefit of loopholes in the policy. After a ban was put on the direct advertisement and gutkha sale by the government, manufacturers started promoting their brands in the name of paan masala by claiming that it’s not injurious as it has natural ingredients such as kesar, rose, elaichi, etc. But in reality, it’s totally different. As per the startling revelation of a former gutka industry owner, there is hardly a presence of kesar, rose or elaichi in a pouch of paan masala. In the name of kesar or rose, manufacturers are using harmful chemicals imported from foreign countries.

Believe the words of a gutkha ingredient supplier Vijay Tiwari, who is an oral cancer survivor. As per him, tobacco manufacturers use poisonous chemicals imported from foreign countries in paan masala. Tiwari was in the gutkha industry for many decades and when he himself falls prey to the hazardous chemicals, he moved to another trade after getting cured of oral cancer. Now, Tiwari is helping tobacco users to quit it by revealing the ill practices of gutkha industry.

In the latest finding of a study conducted by Tata Memorial Centre on the ‘Cost of Illness of Oral Cancer in India’, it has come to notice that the unit cost of treating advanced stages of oral cancer is Rs 2,02,892 which is 42 per cent greater than early stages as it cost Rs 1,17,135. The study also found that most of those who do receive some forms of treatment are left unemployed and become an economic burden on their friends and family.

The proposed amendments in the Cigarettes and Other Tobacco Products Act, 2003 (COTPA) is a welcome step. The law was enacted in 2003 and the tobacco industry has mutated like a virus and has become much more potent. Therefore, in my suggestion, our laws need to be synced with the designs of the tobacco industry and amendments in COTPA are very important as the law should be meant to protect new users, motivate current users and penalise people who are violating it.

The government must take note of the views of experts and make laws on tobacco products more stringent.

In India, 90 per cent of oral cancer cases are caused due to consumption of tobacco, supari and alcohol, and out of about one lakh cases of oral cancer are diagnosed every year, about 50,000 patients die annually. India’s cancer scenario is burdened with oral cavity cancer which is most common among men.

Out of about 60,000 cancer patients visiting Tata Memorial Hospital for treatment every year, about 20 per cent of them are of oral cancer. It’s a fact that 27 crore people in India are consuming tobacco and as per Global Adult Survey, 96 per cent of people are aware of the fact that consumption of tobacco is injurious to health.

It’s true that the government is committed towards the reduction of tobacco consumers, but several flaws in the system are proving a boon for the tobacco manufacturers and they are pushing their products in the retail market without any fear. When the government can impose a complete lockdown to control the spread of highly infectious coronavirus disease, then the same government can also take stringent steps to control tobacco use and avoid over 13 lakh deaths caused due to it every year. In contrast, over 4 lakh deaths due to COVID-19 have been reported that galvanized a political will for extreme steps such as lockdown.

According to the World Health Organization (WHO), cancer is the second leading cause of death globally, with approximately 70 per cent occurring in low-and middle-income countries (LMIC). India’s cancer scenario is burdened with oral cavity cancer being the most common among men. In fact, India accounted for almost a fifth of the global incidence in 2020.