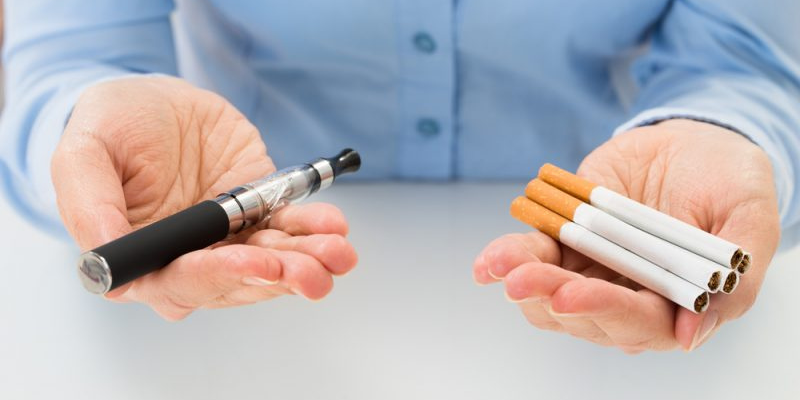 A draft of a new report from the European Parliament’s Beating Cancer Committee does not distinguish between cigarettes and novel tobacco products on key points, signalling a tighter position on tobacco control, with some lawmakers already mobilising to challenge this.

Once passed, the report by the BECA committee will serve as the institution’s position on the European Commission’s landmark Beating Cancer Plan.

The plan aims to tighten tobacco control, as smoking continues to be one of the main risk factors for cancer deaths, causing 700,000 fatalities across the EU each year.

In order to achieve this, the draft report advocates for an increase of excise duties – indirect taxes on the sale or use of specific products – for all tobacco products in the hope that this will make them less accessible for young people.

But not all members of the BECA support the plan, with advocates of harm reduction now preparing a set of amendments to suggest different rules for cigarettes and smoking alternatives.

Although the draft report is not a legislative document, it contains recommendations that can influence directives and regulations. The focus is now on the ongoing public consultation for the revision of EU rules on tobacco taxation.

In this regard, the new draft report suggests “an increase in minimum excise duties for all tobacco products.”

Ripa argued that e-cigarettes, which can contain nicotine but not tobacco, have been nonetheless “covered by [the] Tobacco Products Directive for a long time.”

The idea to increase taxes on all tobacco products, including smoking alternatives, was always going to prove controversial with proponents of the harm reduction approach.

Favoured by the likes of Japan and the UK, harm reduction proposes that the most dangerous part of smoking is tobacco combustion. Products that avoid this process by heating instead of burning tobacco or nicotine, pose a comparatively reduced danger to human health, the argument goes.

Since the aim of high excise duties is to burden unhealthy habits, the “less-unhealthy” should then, in the view of harm reduction advocates, be taxed less.

“I do believe alternatives have less risk and should be treated accordingly, in line with the harm reduction principle,” Fiocchi said.

Fiocchi plans to put forward amendments by 14 September. It is expected that the committee will take a final vote on the report on 6 December.

Green MEP Ripa however said that although “research shows that e-cigarettes can cause less harm to human health than classic cigarettes […] consumers should be discouraged to buy any of these products.”

The Commission meanwhile holds that nicotine is a toxic substance and that there is no safe level of its consumption.

The ban on flavours and meaning of ‘smokeless’

The draft BECA report further asserts that it is necessary to continue to evaluate the health risks of electronic cigarettes. It also recommends establishing a list of substances contained and emitted by vapes on the EU market.

It also deals with changes to the Council Recommendation on smoke-free environments, which have been in place as of 2009.

Its text defines smoke as mainly coming from tobacco combustion and encourages to eliminate it in workplaces, interiors of public buildings and public transport.

The draft proposal seeks to add outdoor areas to the recommendation and extend its coverage to e-cigarettes and heated tobacco products as well.

This would go against the language of harm reduction advocates, who consider vaping to be “smokeless.”

The Council Recommendations are not legally binding and member states do not have to transpose them into their national legislation.

A step in the right direction

“Although far from an endorsement of harm reduction by the rapporteur, her willingness to listen and engage with those that have a different viewpoint is a huge step in the right direction,” the group noted.

Trillet-Lenoir’s draft report would also change the appearance of the EU’s cigarette packs.

Health warnings on them already take up 65% of space in accordance with EU regulation, but the document would increase this to 80%.

The current legislation is already proving problematic for Slovakia.

It has so far failed to transpose the directive on single-use plastics, as the newly introduced label that warns users of the presence of plastic in cigarette butts does not fit on the back side of packs.

The report also suggests giving member states the option to ban plastic filters in cigarettes altogether. This might prove to be a challenge for the industry, as greener alternatives are not yet widely available.

Islamabad : Society for Protection of Rights of the Child (SPARC)... read more