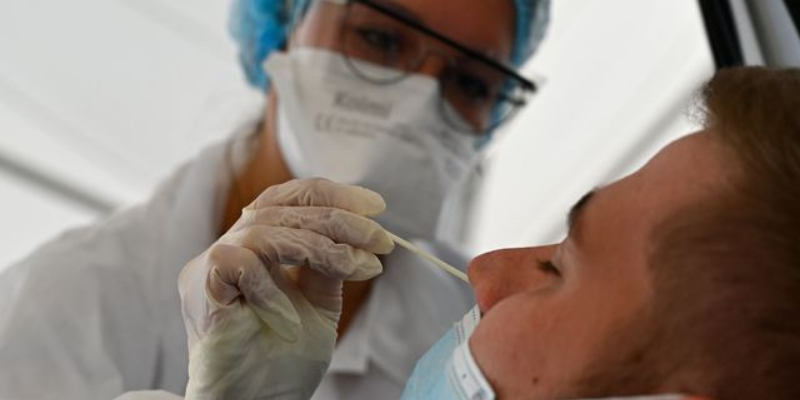 Though COVID-19, barely more than a year old, may be the defining global health crisis of this century, an ancient infectious disease—tuberculosis—has been steadily killing humans for centuries, if not longer. In 2019 alone, 10 million people developed tuberculosis and 1.4 million people died from the disease—many of whom were in India, the country with the most tuberculosis cases in the world. Before COVID-19, TB was killing more people in the world than any other infectious disease.

While the World Health Organization is aiming to end the tuberculosis epidemic by 2030, the government of India set an even more ambitious goal, to eliminate TB by 2025. But TB risk is closely intertwined with other difficult drivers of disease, such as poverty, malnutrition—and tobacco use. World TB Day, which is recognized each March, should serve as a reminder that we cannot achieve the urgent goal of ending TB in India, unless we simultaneously address tobacco use in the country, which is home to 12% of the world’s tobacco users.

Tobacco use puts people at higher risk for developing TB and for worse outcomes from the disease. In Vadodara, a study among TB patients found that 46.3% were current smokers, while a national study found that 66% of men ages 30-69 who died from the disease had been smokers. Tobacco impedes tuberculosis control efforts by making more people sicker, and by making control efforts costlier. In 2004, the costs of tuberculosis attributed to tobacco alone were three times higher than the total expenditure for TB control.

India also leads the world in cases of multidrug-resistant TB, which are the most difficult and costly cases to treat. Reducing tobacco use to help prevent and control tuberculosis—including harder-to-treat multidrug-resistant cases—will save lives and cut costs.

The government of India has already stepped up efforts to reduce access to tobacco products and to highlight health harms. This included banning point-of-sale advertising and promotions—reducing the industry’s ability to attract customers when they are about to buy products—and curbing the sale of single cigarettes.

Recently, the Ministry of Health and Family Welfare proposed amendments to address shortcomings in the decades-old Cigarettes and Other Tobacco Products Act (COTPA). If passed, the proposed amendment bill would increase the minimum age for the sale of tobacco products to 21 years old with stricter penalties for selling to those underage and strengthen the ban on tobacco advertisements by prohibiting advertisements for tobacco products on internet-based platforms and social media, along with several other key changes. While passing the bill would be a step in the right direction toward addressing the interconnected tobacco and tuberculosis crises in the country and meeting the 2025 goal of eliminating TB, additional aggressive action to reduce tobacco use is needed.

The public service announcement, “Cough,” illustrated how smoking cigarettes or beedis and exposure to secondhand smoke increase the risk of contracting tuberculosis and of dying from the disease. It also informed viewers that a persistent, untreated cough over two weeks or more in a person who smokes could indicate they have tuberculosis and that they should seek medical care. In 2018, the campaign was relaunched during the End-TB Summit in New Delhi to support progress toward the 2025 target.

When we conducted message testing for “Cough,” we found that focus group participants strongly connected with the ad and its messages and worried how smoking could affect not only themselves but also their family and friends. We should focus on expanding evidence on the communication messages that work to support tobacco and tuberculosis control; aside from our ad “Cough,” this has not received the attention it should in India or elsewhere.

Unfortunately, COVID-19 lockdowns have further impeded tuberculosis control efforts, leading to a growing pool of undetected and unreported cases. This could translate to an additional 6.3 million cases of tuberculosis and 1.4 million deaths globally or a five- to eight-year setback in controlling the epidemic—the consequences of which will largely be experienced in India.

To overcome setbacks presented by the COVID-19 pandemic, aggressive action is needed now if we are to meet the government of India’s ambitious goal to end tuberculosis by 2025 and save hundreds of thousands of lives—action which must include tobacco control. Determination, collaboration and action could help to reduce two of the leading epidemics in India: tobacco use and TB.