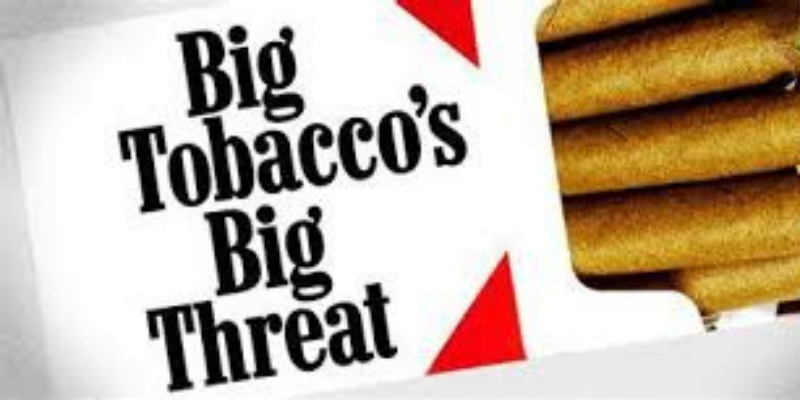 Major tobacco firms have long used corporate social responsibility (CSR) activities to cosy up to government officials and policy makers across the world. In the Philippines, pandemic donations have been made at a time when an industry-friendly vaping bill was being pushed in Congress. Image: Eco-Business

A recent industry-friendly bill could undermine recent tobacco control efforts in the Philippines, and increase the risk of addiction among millions of youths.

The Philippines’ biggest tobacco company channeled its Covid-19 aid through several lawmakers in Congress who proposed industry-friendly rules for novel tobacco products in the country, checks by Eco-Business have found.

The industry-friendly bill proposed by these lawmakers could undermine recent tobacco control efforts in the country, and create conducive conditions for PMFTC—the only supplier of heated tobacco products in the Philippines—to expand its market reach at the expense of public health, say anti-tobacco advocates.

PMFTC is the Philippine affiliate of tobacco giant Philip Morris International, which has about 70 per cent market share in the country. A joint venture with the Fortune Tobacco Corp, PMFTC’s brands in the Philippine market include Marlboro and Fortune. Fortune Tobacco is owned by Filipino businessman Lucio Tan’s LT Group.

Donations of face masks, temperature scanners and other equipment by firms such as PMFTC and JTI (Japan Tobacco International) during the Covid-19 pandemic have raised alarm among public health advocates in the Philippines. According to them, it is a clear violation of a World Health Organisation (WHO) framework that mandates a ban on tobacco advertising, promotion and sponsorship.

Laws governing emerging tobacco products—heated tobacco products and e-cigarettes—are the new frontier for tobacco firms tussling for influence in countries across the world, including the Philippines. The companies claim these products contain less harmful chemicals than conventional cigarettes, but the WHO, which has called the industry’s tactics “aggressive”, disagrees.

Heated tobacco products do not help smokers to end tobacco use, and there is no evidence that they are less harmful than conventional tobacco products, the WHO has said. Tobacco use is already responsible for more than 8 million deaths worldwide annually.

Novel tobacco products are challenging regulators worldwide and some countries, such as Brunei, Singapore and Thailand, have responded with outright bans. Others, such as Japan and China, have allowed the products, while some countries have yet to spell out clear rules.

On 27 August last year, the House’s joint committees on Trade and Industry and Health approved a substitute bill regulating the manufacture, sale, distribution, and use of electronic cigarettes and heated tobacco products (HTPs). This opened the door for PMFTC’s sale of its IQOS heated tobacco product, the first and only one available in the country. The first of four IQOS stores opened eight days after the bill—which was drafted by a technical working group—was approved. But as early as April last year, PMFTC was already marketing its heated tobacco sticks, called Heets, in five flavours in retail stores.

Approval of the bill, also known as the proposed “Non Combustible Nicotine Delivery System Regulation Act of 2020”, by the House’s joint committees was rushed, tobacco control advocates highlighted. It took place during a virtual session and was not even on the Congress’ official calendar. The proceedings were held behind closed doors, which meant the public was not privy to deliberations. 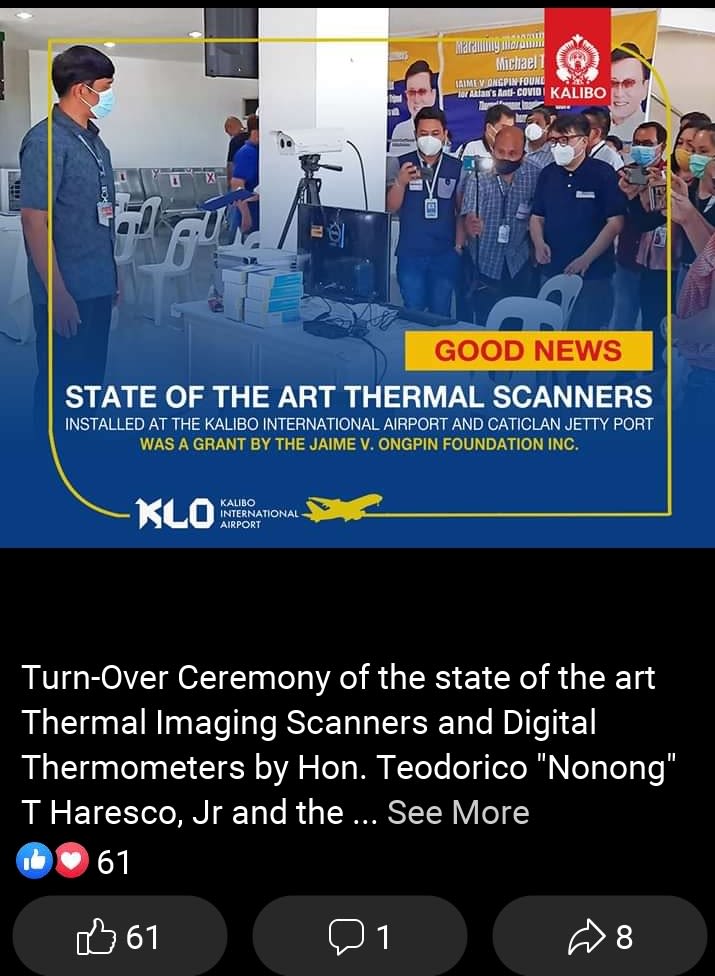 A survey of their Facebook posts between March and December last year showed that they were also involved in the distribution of thermal scanners, face shields, food and other items donated by PMFTC, LT Group or the Jaime V Ongpin Foundation (JVOFI), partner of PMFTC’s local CSR programme called Embrace.

Chairman of the committee on trade and industry, Weslie Gatchalian (Valenzuela), also received a ventilator on behalf of Valenzuela City with his brothers, Rex, the city mayor and Win, a senator.

Other members of the two committees who were involved in the distribution of donations included Maria Lourdes Acosta-Alba (Bukidnon), Zaldy Co (Ako Bicol Partylist) and Xavier Jesus Romualdo (Camiguin).

Except for Acosta-Alba, the Congress representatives have not responded to Eco-Business’ requests for comment. However, Rodriguez—considered the bill’s most vocal proponent—said previously that the drafters of the proposed law need to consider factors such as revenue generation, jobs creation, and the interests of other stakeholders such as tobacco farmers.

The nine other members of the technical working group are representatives Sharon Garin, Ciriaco Gato Jr, Rosanna Vergara, Jericho Nograles, Angelina “Helen” Tan, Robert Ace Barbers, Jose Enrique Garcia, Rozzano Rufino Biazon and Geraldine Roman. They did not appear to have partnered with JVOFI or PMFTC in recent months but Nograles and Barbers had partnerships with the tobacco giant in previous years. Vergara, Garcia and Tan opposed the bill, while Biazon did not vote because he is not a member of either committee, according to sources.