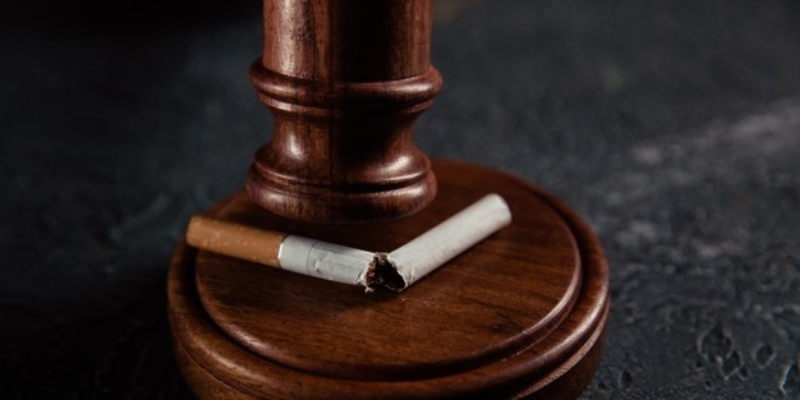 A new report titled “Tobacco Control Law in India – Origins and Proposed Reforms” revealed that there are glaring gaps in the existing tobacco control legislation COTPA 2003.

Smoking areas are allowed in restaurants, hotels and airports despite a ban on smoking places in India; tobacco advertisements and products are prominently displayed in stores and kiosks despite a ban on advertising; the existing penalties under COTPA 2003 are not sufficient; sale of single stick cigarettes and other loose tobacco products is the norm in India; emission yields which are displayed on cigarette packets often give a misleading impression are some of the gaps in the existing tobacco control legislation COTPA 2003, which makes it ineffective for regulating tobacco consumption and exposure to second hand smoke in India, revealed the report.

The report released by the National Law School of India University (NLSIU), analyzed the Cigarettes and Other Tobacco Products (Prohibition of Advertisement and Regulation of Trade and Commerce, Production, Supply and Distribution) Act, 2003 (COTPA 2003).

This report is intended as a comprehensive analysis of COTPA 2003, identifying the gaps therein, and proposing reforms which are in consonance with the recommendations of the parliamentary committees, best practices adopted by other countries and the guidelines specified under the global public health treaty on tobacco control, World Health Organization Framework Convention on Tobacco Control (WHO FCTC).

According to Prof. (Dr.) Sudhir Krishnaswamy, Vice Chancellor, NLSIU, “The harmful effects of tobacco use are well established and accepted globally.  Through this Report the Chair on Consumer Law and Practice, NLSIU has made a rigorous effort to identify gaps in the existing tobacco control laws of India (COTPA 2003). The Report recommends legislative reforms based on the global public health treaty, FCTC, to which India is a signatory as well as best practices adopted by other countries.  We hope that the Government will consider these recommendations while proposing a comprehensive COTPA Amendment Bill.”

NLSIU report has proposed these recommendations for COTPA amendment:

Prohibit designated smoking areas by removing the provision that allows for any smoking areas or spaces; prohibit all point of sale advertising; prohibit tobacco product displays in stores and kiosks; specify that advertising is banned in new internet based medium; prohibit all tobacco company sponsorship including corporate social responsibility activities; prohibit the display of emission yield figures; regulate contents and emissions including a ban on all flavored tobacco; allow for greater regulation of tobacco packaging; increase the age of sale from 18 to 21; prohibit the sale of single sticks, loose tobacco or smaller packs and increase the penalties for violations.

COTPA 2003 was enacted to prohibit advertisement of, and to provide for the regulation of trade and commerce in, and production, supply and distribution of cigarettes and other tobacco products in India as well as to discourage the use or consumption of tobacco products and to improve public health in general.

The Act intended as a comprehensive law on tobacco control was adopted over 13 years ago in 2003 but with the passage of time, lacunas in the Act have become apparent and proved to be a major challenge in its effective implementation. These gaps in the current law are highlighted by the WHO Report on the Tobacco Epidemic (GTCR) 2019, which provides the status of countries’ implementation of key tobacco control measures on a biannual basis.

India has adopted best practices in cessation and health warnings on tobacco products. In all other policy areas, India falls into the moderate category, with no forward progress since the 2008 report.

“There is ample evidence about tobacco products being the killer. These should be made inaccessible to save Indians from a lifetime of misery and suffering. It is critical to strengthen the country’s tobacco control law to galvanize the ongoing efforts to check the tobacco epidemic in India, especially during these challenging times,”

India has the second largest number of tobacco users (268 million or 28.6% of all adults in India) in the world – of these at least 1.2 million die every year from tobacco related diseases.

The total direct and indirect cost of diseases attributable to tobacco use was a staggering Rupees 182,000 crore which is nearly 1.8% of India’s GDP.