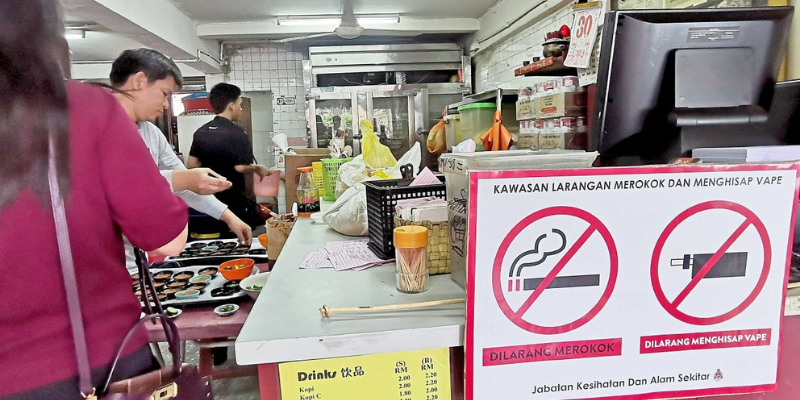 The government has set up an expert group led by a senior official in the health ministry to prepare a comprehensive tax policy proposal covering all tobacco products from a public health perspective.

The nine-member panel is led by Vikas Sheel, additional secretary in the health ministry and includes representatives of the Goods and Services Tax (GST) Council, NITI Aayog, Central Board of Indirect Taxes and Customs (CBIC), revenue department’s Tax Research Unit, WHO country office for India, National Institute of Public Finance and Policy (NIPFP).

The mandate of the group includes analyzing current tax structure of all forms of tobacco, including smokeless tobacco, and suggesting various tax rate models for consideration in the preparation of FY23 and future Union budgets. The idea is to have a road map for reducing tobacco demand as per World Health Organization’s (WHO’s) plans.

Tobacco at present is a highly taxed commodity. It is kept in the 28% GST slab (other than for tobacco leaves which is taxed at 5%). Tobacco and its various forms are also subject to a heavy burden of cess, given that the commodity is seen as a sin good. For example, the cess is 65% on unmanufactured tobacco bearing a brand name. For cigars, it is 21%, or ₹4,170 per 1,000, whichever is higher. The government also uses pictures of cancer patients on the packages of cigarettes to discourage its use.

The second wave of covid-19 has been major shock to the country, and it far surpassed the first wave. The government of India had already announced various fiscal and economic stimulus measures to boost the economy and compensate people affected from the negative economic shock from the pandemic when the first wave hit India. The financial needs for the exchequer continue to grow on the face of the vast resources needed for the vaccination drive and for the preparation for a possible third wave of the pandemic. The GST revenue receipts of both central and states governments have been severely affected due to the covid-19 pandemic and, as a result, the central government has not been able to distribute the compensation cess dues to different state governments as guaranteed under the GST.

There has not been any major increase in tobacco taxes since the introduction of GST in July 2017 and all tobacco products have become more affordable over the past three years. The total tax burden (taxes as a percentage of final tax inclusive retail price) is only about 52.7% for cigarettes, 22% for bidis and 63.8% for smokeless tobacco.

This is much lower than the WHO recommended tax burden of at least 75% of retail price for all tobacco products. According to the WHO, raising the price of tobacco products through tax increases is the most effective policy to reduce tobacco use. Higher tobacco prices that decrease affordability, encourage quitting among users, prevent initiation among non-users, and reduce the quantity consumed among continuing users.

Increasing the existing compensation cess on cigarettes and smokeless tobacco products and levying compensation cess on bidis can be a very effective policy measure to address the immediate need to raise revenue by the central government to compensate state governments for their respective GST revenue shortfalls during the pandemic time. It will be a winning proposition for generating revenue and reducing tobacco use and related diseases as well as covid-related comorbidities.

According to health experts, Tobacco use increases risk for severe covid-19 infection, complications, and death. Available research suggests that smokers are at greater risk of developing severe disease and dying from covid-19. Over 400,000 people have died to date in India in the last 17 months because of covid-19. Tobacco use which is a slow-moving pandemic itself claims the lives of 1.3 million Indians each year. It is critical than ever before to keep tobacco products out of the hands of vulnerable populations such as youth and the underprivileged sections of society.

“There is substantial proof that tobacco increases risk for severe covid infection and complications following it. Tobacco users have greater risk of death following covid. It is in the interest of the users as well as for the country to increase taxes on all tobacco products. This will reduce their affordability and consumption. It will then limit the vulnerability to covid-19 infection and its complications,” said Dr Pankaj Chaturvedi, Head Neck Cancer Surgeon, Tata Memorial Hospital.

India has the second largest number (268 million) of tobacco users in the world. Nearly 27% of all cancers in India are due to tobacco. The annual economic costs from all diseases and deaths attributable to tobacco use is estimated to be ₹177,341 crores in 2017-18 amounting to 1% of India’s GDP. This will continue to grow post covid-19.