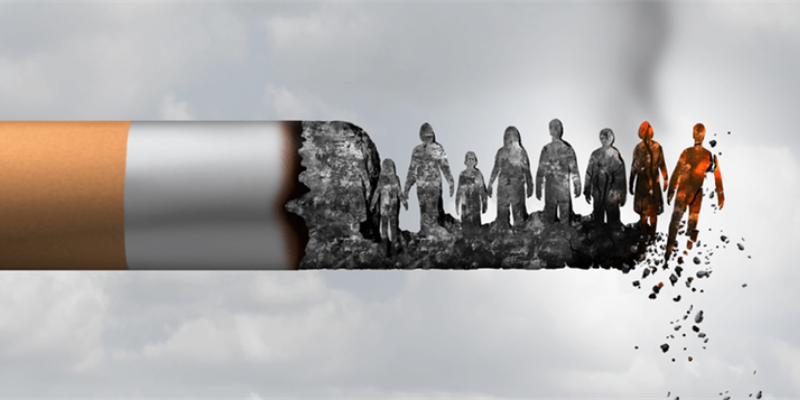 The Government of Jamaica has drafted a Tobacco Bill, which will be introduced and debated in Parliament in the coming weeks. The bill aims at protecting Jamaicans from the harmful effects of tobacco use and exposure to smoke. We expect a robust discussion from the deliberations of a Joint Select Committee of Parliament and the public at large. The importance of the public’s contribution should not be underestimated: the quality of our democracy and our ability to generate consensus on issues of national importance are largely determined by the extent to which the public participate in decision-making.

We expect that the deliberations in Parliament will examine a range of issues and will take into consideration the aims of the Tobacco Control Bill, the negative impacts of tobacco use, and, of course, the benefits to be derived from the bill. We are also anticipating strong opposition from the tobacco industry since the bill will invariably affect the main goal of the tobacco industry, which is to maximise profits.

The bill is significant for a number of reasons. Once approved, Jamaica will have comprehensive legislation that bans all forms of tobacco advertising, promotion, and sponsorship. The new laws will strengthen the Government’s ability to protect the health of Jamaicans, ensure that people have all the relevant information to make informed decisions, and reduce citizens’ exposure to second-hand smoke.

At the same time, it will also protect people from inducements to use tobacco products, protect the health of children, and promote the dissemination of information about the addictive effects associated with tobacco use.

Tobacco kills more than eight million people annually and can lead to tobacco dependence and serious health problems, including poor reproductive health, cardiovascular diseases, chronic obstructive pulmonary disease (COPD,) and cancer. In essence, tobacco use is harmful to nearly every organ in the body.

It has been reported that 90 per cent of lung cancer cases seen at the Hope Institute in Kingston are because of tobacco use. This is in line with estimates from cancer epidemiologists in other countries. Estimates also show that a smaller percentage of people develop lung cancer from breathing in second-hand smoke. Overall, tobacco is responsible for 11 per cent of all non-communicable diseases and three per cent of communicable deaths in Jamaica. Six per cent of cardiovascular deaths and 20 per cent of stroke deaths in Jamaicans 30 years and older have been attributed to tobacco use. We must also take seriously the fact that most of these deaths occur in Jamaicans 45-49 years old – when people are at their prime.

The COVID-19 pandemic has taught us many lessons, one of which is the need to address with greater urgency diseases that make Jamaicans more susceptible to severe illnesses. Smokers have some of the highest incidences of complications from COVID-19, and smoking is associated with increased severity of disease and death in hospitalised COVID-19 patients.

PROTECTING VULNERABLE AND OUR CHILDREN

The Global Youth Tobacco Survey 2017 showed that 15.6 per cent of Jamaican students used tobacco products. Also worrying is that in the 2017 Global Student-based School Health Survey, 65.6 per cent of students 13-15 years old reported that people smoked in their presence on one or more days.

The evidence is clear: second-hand smoking carries severe health consequences. Although the prevalence of tobacco use is higher in men, women and children are most vulnerable and at risk from the health effects of second-hand smoke. This is no small observation: women work more productively when they are healthy. Investing in women’s health reduces poverty; stimulates economic growth; and contributes to building stable, peaceful, and productive societies.

The new Tobacco Bill addresses current weaknesses in the legal and regulatory framework. In an effort to respond to the need for tobacco control, the Public Health (Tobacco Control) Regulations were promulgated in 2013. The regulations made Jamaica compliant with some of its obligations under the WHO Framework Convention on Tobacco Control (including Articles 8 and 11 in full and Articles 10 and 16 in part).

Although the regulations (which were subsequently amended in 2014) make provisions for smoke-free places, graphic health warnings on tobacco product packaging, and penalties, gaps remain. In attempting to bridge these gaps, the new Tobacco Bill addresses sponsorship, advertising, and promotion, for example. This removes the need for disparate laws and regulations such as Television and Sound Broadcasting Regulations, 1996; the Advertisements Regulation Act, 1947; and the Consumer Protection Act, 2005.

Jamaica has a responsibility under the WHO Framework Convention on Tobacco Control to make efforts towards controlling the use of tobacco. Jamaica ratified the Convention Treaty 15 years ago. We must now complete the process by implementing all the necessary laws and policies to make us fully compliant with the convention. There is no question that ratification is a critical step in tackling the illicit trade in tobacco products and the related public-health threat. Jamaica has also taken steps to advance the demand-reduction provisions of that treaty, including the implementation of smoke-free legislation, graphic health warnings, and taxation policies. However, more needs to be done to honour our commitments, including our commitments to our own citizens.

INVOLVEMENT OF PUBLIC SERVANTS IN THE TOBACCO INDUSTRY

Another issue that is sure to attract attention surrounds the question of whether local authorities or private companies that manage public assets should own shares in the tobacco industry. The bill does not prevent this. The Government has a fiduciary duty to shareholders, which means that there is a legal obligation to make the best investment possible. We recognise, however, that this is something that warrants further discussion and consideration.

It is time to pass a new Tobacco Control law. The law will protect Jamaicans, including children and the vulnerable, from the harmful and addictive effects of tobacco use. It will allow us to fulfil our international responsibilities. Most important, it gives us an opportunity to protect Jamaican citizens and the health and well-being of the Jamaican population. I look forward to public engagement and consensus on this critical public health challenge.

– Dr Christopher Tufton is Jamaica’s minister of health and wellness and member of parliament for St Catherine West Central. Send feedback to cctufton@gmail.com or columns@gleanerjm.com.