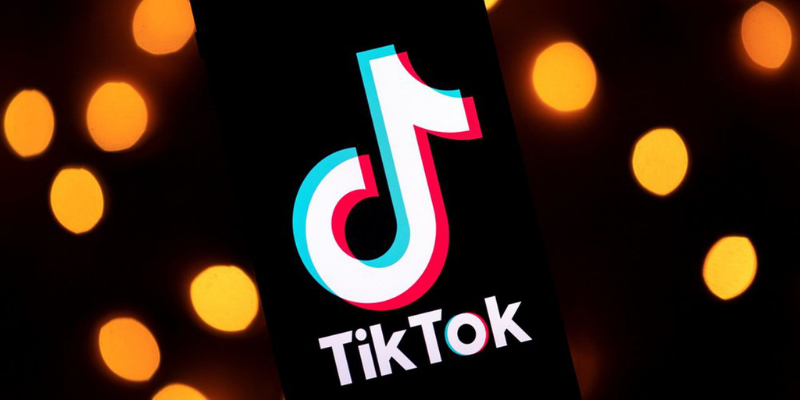 As smoking falls out of fashion, BAT is pinning its hopes on younger users of e-cigarettes and nicotine pouches.

Flashing an ice-white smile for her 50,000 followers on TikTok, a fresh-faced young woman pops a flavoured nicotine pouch into her mouth, as one of Pakistan’s most popular love songs plays in the background.

More than 3,000 miles away, in Sweden, another social media starlet lip-syncs for the camera, to a different pop tune. The same little pouches, made by British American Tobacco, appear in shot.

Critics say that such viral videos, even if they aren’t paid-for adverts, are the consequence of a global marketing push designed to offset dwindling cigarette consumption by recruiting the nicotine consumers of the future.

BAT has embarked on a £1bn campaign that harnesses the popular appeal of social media influencers, pop stars and sporting events.

According to a wide-ranging report by The Bureau of Investigative Journalism, it has also attracted younger adults, non-smokers and even reached the eyes of children.

An employee of a public relations firm engaged by BAT in Kenya was so concerned about the bureau’s report into its marketing practices that they offered a reporter a bribe for inside information about it.

BAT has cut ties with the company concerned and is investigating the incident. But it stands by the marketing practices that it hopes will capture the fast-growing stream of revenue from e-cigarettes and vapes – not to mention the nicotine pouches beloved of TikTok influencers.

BAT makes much of how such products are helping adult smokers switch to less harmful alternatives, under the slogan “A Better Tomorrow”.

By 2023, the company expects to be targeting 500 million nicotine consumers with £100bn a year to spend. Products other than cigarettes are driving much of that growth.

Financial results released last week showed an annual pre-tax profit of £8.7bn as “non-combustible” products began contributing to earnings for the first time. The number of customers using them jumped by 3 million to 13.5 million, as the pandemic sparked a migration from cigarettes to more lung-friendly nicotine-delivery methods.

However, such products are far from risk-free and the trend for promoting them via social media and popular influencers is causing concern.

TikTok videos featuring attractive young people promoting BAT’s nicotine pouches, under the brand names Velo and Lyft, seem to have gone down particularly well with youngsters. The caption on one TikTok video from Sweden in which Lyft pouches feature prominently, reads: “Every basic bitch in Sweden between the age of 14 and 23.” Clad in futuristic packaging, they are seen as a fresh alternative to more traditional tobacco pouches known as “Snus”.

One 18-year-old told the bureau that half the girls in his class were using Lyft, which they found much more appealing, partly thanks to paid partnerships with Instagram influencers. “Lyft has got this super-cool influencer-aura about it,” he said.

Lyft has no tobacco in it but does contain nicotine, making it an over-18s product. Yet multiple TikTok videos feature Swedes who appear to be of school age using them. The hashtag #lyftsnus has nearly 13 million views.

In the US and Europe, BAT has told regulators that nicotine products are intended to help adult smokers replace cigarettes. That’s somewhat at odds with a slide from a 2019 presentation to investors, entitled “Nicotine consumer pool continues to grow”.

It shows that the number of nicotine users was falling until 2012, before rebounding strongly. The slide boasts of “8m NGP [next-generation product] consumers added in 2017”.

The company certainly seems to be after new nicotine users, rather than just people quitting smoking.

Its marketing campaign for Velo in Pakistan, using the hashtag #openthecan on Facebook and Instagram, used 40 influencers, garnering more than 13 million views.

In Spain, a campaign for BAT’s heated tobacco product Glo has been fronted by boy band Dvicio, via Instagram and a series of concerts. The “boys” are all in their late 20s or early 30s, but were last year’s summer cover stars for tween magazine Like! And in Pakistan, brand representatives working on commission, handed out samples at parties, shopping malls, tea shops and tobacconists.

One 17-year-old in Pakistan told the bureau they were offered a free sample without being asked for ID.

On an official Velo social media account, another Pakistani man confided that Velo was his first dalliance with nicotine. The company responded, saying it was “so excited”.

BAT said its products were “for adults only and we believe that youth should never use any nicotine product.”

“We’re clear that all marketing activity for our products will only be directed towards adult consumers and isn’t designed to engage or appeal to youth; it must be accurate, and not misleading; and that it is made clear that it originates from BAT. Our social media accounts are age-gated so they are only visible to those users who have confirmed that they are 18+ (or other applicable minimum age),” it said.

The company added it was essential it marketed “reduced-risk” products so smokers were aware of them.

Taylor Billings, of Corporate Accountability, said social media campaigns were bound to reach a young audience. “The tobacco industry is too well resourced for things to be a coincidence,” she said. “They are not accidentally placing shiny adverts on a platform that have a vast percentage of its users as Gen Z or young millennials.”

One of BAT’s shinier campaigns is a partnership with Formula One, which banned tobacco advertising in 2006 but still permits nicotine products.

Although viewers had to register as over-18 to watch, during one tournament several viewers revealed that they were underage. The sponsorship campaign even stretches to a deal with Rudimental, the drum’n’bass band.

BAT’s own investor presentations show that at least half of users of nicotine pouches and vapourisers are “new entrants”.

During a video update on BAT’s progress, Paul Lageweg, director of new categories, boasted of the appeal of nicotine pouches among adult Gen Z (born between 1997 and 2012) and millennials.

He identified Pakistan and Kenya as BAT’s most exciting trial markets.

The exciting opportunity in Kenya included the sale of Lyft via online retailer Jumia, where it was categorised as a party product. On another website, customers were directed to products they might also like, such as Dunhill and Sportsman cigarettes.

Bureau journalist Edwin Okoth was investigating this when he was offered a bribe by an employee of Engage BCW, affiliated with global advertising giant WPP.

In text messages, the employee asked Okoth, “What is your price?” for leaking information about the investigation, confirming the offer was “serious”.

They went on to say that the bribe was part of a “media intelligence” gathering operation that would help them “manage the client”, meaning BAT.

BAT said it had ceased activities with BCW Kenya and had launched an investigation into the incident.

Engage BCW said it had a “zero-tolerance policy towards any form of bribery or unethical conduct”.

A spokesperson added: “All our employees undergo mandatory anti-bribery training and are obliged to sign our code of conduct confirming their adherence to it.

“We are committed to the highest standards of behaviour in all our work and we take this issue extremely seriously. We have immediately commenced an internal investigation and suspended the employee concerned pending its outcome.”

A TikTok spokesperson said: “We strictly prohibit content that depicts or promotes the possession or consumption of tobacco and drugs by minors. We will remove accounts that are identified as being dedicated to promoting vaping, and we do not allow ads for vaping products or nicotine pouches.”