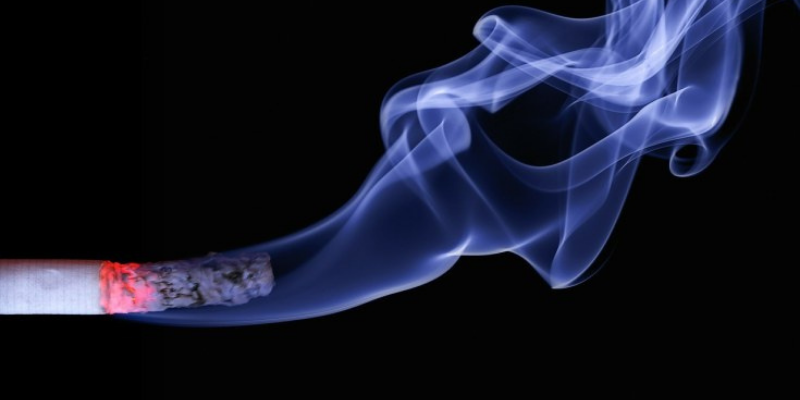 The 4th Scientific Summit on Tobacco Harm Reduction took place on September 29 and 30th, 2021. Organized by SCHORE, the International Association on Smoking Control which “vision is to eliminate smoking and smoking-related diseases all together”, the summit reunited experts on tobacco, other substance use disorders specialists, and harm reduction professionals.

There is an ongoing discussion around tobacco harm reduction (more specifically around non-combustible products such as heated tobacco, oral tobacco and e-cigarettes) and the opportunities it may offer to reduce smoking related diseases and deaths due to smoking.

According to the World Health Organization (WHO), smoking is the leading preventable cause of death in the world.  Nevertheless, the organization is a ferocious opponent to alternative smoke-free products, such as e-cigarettes, arguing that they are not safe enough:

“Regarding the potential health effects for which the evidence is mounting, there is insufficient data to understand the full breadth of their impact on health as devices have not been on the market long enough. Especially the long-term effects of using e-cigarettes or being exposed to them are yet unknown.”

In Africa, those alternatives are barely known, accessible, and thus, used by the population. A panel with African experts was organized on the second day of the conference. They share their experience on tobacco harm reduction in their countries and the challenges of the continent regarding smoking related diseases, policy issues and the need for a unified approach with other substance use disorders.

South African healthcare leader, Dr Kgosi Letlape, was part of the discussion. He made it clear that WHO Framework Convention for Tobacco Control (ratified/acceded by 44 African countries) is only appropriate for combustible tobacco control, but not for non-combustible tobacco: “What we need to understand is that Framework Convention for Tobacco Control was clearly focused on combustible cigarettes. The nations that are signatories since 2005 and have adopted those mechanisms have seen a reduction in the prevalence of smoking in their nations. My country, South Africa, is one of the early adopters… “.

He pursued: “There were no alternatives to combustible cigarettes at that time (in 2005) except Nicotine Replacement Therapy (NRT) which was only in place because of what Professor Michael Russell said in 1979, that smokers smoke for the nicotine but they die from the tar. And from that statement NRT was born. But now we have many other alternatives based on technology that are alternate supplies of nicotine without combustion. There are people that will not quit. Studies have shown that some people that are diagnosed with cancer will quit for three months, and more than a half of them will be back to smoking. It is something that is difficult to quit.”

Then he talked about a specific non-combustible product named snus, an oral tobacco powder which is often cited as a success story when it comes to tobacco harm reduction:
“Snus have been used in Sweden for more than 200 years. Today they have a prevalence of around 15/16% and only 5% is from cigarettes. The other is from smoke-free products. Amongst males, where the use of snus is higher than females, they show the lowest incidence of disease and morbidity to tobacco. Why? Because they have gone to non-combustible products. So even though the WHO Convention is great for combustible cigarettes, itis totally inappropriate to address the alternatives. Our governments in Africa must understand that. We need to urge the WHO to come up with a new framework appropriate for the products that are available today. You can’t do a “cut and paste” of the FCTC to the non-combustible products. It just doesn’t work.”

Dr Fares Mili, Pulmonologist, Allergiologist, specialist in addiction behaviors in Tunisia, recognized the influence of the WHO in Africa, but also admitted that change can be possible as harm reduction is viewed by many as a powerful public health strategy: “In Africa, and many other low and middle-income countries, the influence of the WHO, that wants to forbid alternative nicotine products, is huge. I know something about it because in Tunisia, we faced it but we succeeded and we can succeed elsewhere.”

In Low and Middle Income countries indeed, access to these products remains laborious.

“We need to advocate for appropriate regulations. One of the key issues for Africa, is to ensure that the regulations that come up don’t make alternatives to cigarettes unaffordable to the ordinary people… We need to apply a different tax regime to the less harmful products so they can be price competitive with combustible cigarettes otherwise people won’t switch because they don’t have the money”, said Dr Letlape. He also criticized the lack of information available to consumers:

“If nicotine was the problem, why would we have NRT? Misinformation is propagated by the WHO encouraging governments to misinformed the population. In my country more than 70% of people think that e-cigarettes are more harmful than combustible cigarettes… The access to credible information that is truthful on product themselves and more importantly, the availability of products are key. They need to be able to make informed choices and governments need to ensure that there is availability of the different products. If you look at the FCTC, part of its recommendation is about cessation programs. But when you look in Africa, there’s a clear non availability of those. They are very few that offer cessation. And even in those cessation clinics, they need to be open to what appeals to smokers. Don’t give them what they are not going to use. Move away from “quit or die”.

Dr Uta Ouali is a senior psychiatrist in Tunisia. She intervened to express her vision on tobacco harm reduction and why it should be part of a more unified approach to be really effective:

“Substance use disorders are important contributors to the high rates of tobacco addiction, and smokers with these comorbidities demonstrate lower rates of quitting compared with smokers in the general population. A unified harm reduction approach for both substance use disorder and tobacco addiction could therefore be an effective mean to reduce risks linked to both type of addiction.”

Smoking in high income countries has declined these last years, whereas in low and middle income countries it is increasing. In sub-Saharan Africa, tobacco use increased by 52% between 1980 and 2016, according to the Tobacco Atlas (sixth edition).